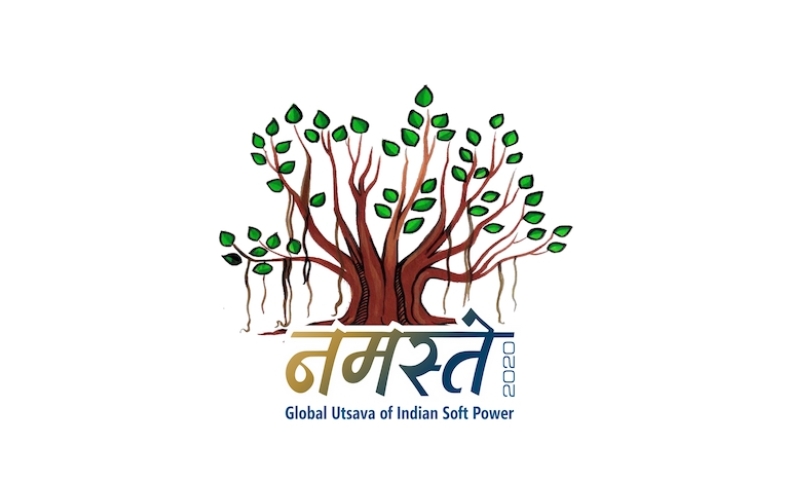 Ever since the American political scientist Joseph S Nye Jr. introduced the term “soft power” in the international relations discourse back in the 1980s, countries across the world have embraced this idea to augment their global positioning and influence. A country’s soft power essentially refers to its ability to attract other nations through its culture, foreign policy and political values, rather than the use of military might. This understanding has served as the bedrock for countries to pursue public diplomacy and amplify their cultural engagement with both state and non-state actors. However, while the idea of soft power is only a few decades old, many countries are globally acclaimed for their cultural assets and values that date back centuries and remain sought after still today.

One such country is India, whose soft power is underpinned by its civilizational heritage and cultural prowess. Unlike many other nations that have homogenised, or rather “westernized” their culture, India’s diverse yet coherent cultural fabric spreads across the length and breadth of the country. Furthermore, the rise of India’s global stature in recent decades at various multilateral forums, the increasing popularity of Yoga and Ayurveda, and the world community embracing Namaste as a greeting during the ongoing pandemic are some of the most evident examples of Indian soft power.

As a civilizational state, India’s soft power is manifested in its millennia-old traditions and wisdom that holds relevance still today. The Indian Knowledge Systems (IKS) are not only extremely scientific, but also intricately intertwined with aesthetics and linguistics. The depth of IKS is reflected in tangible as well as intangible aspects of life – from science to cuisine to architecture. The 5000-year-old temples that continue to boost their architectural grandeur or the Nataraja (dancing Shiva) statue that adorns the premises of European Organization for Nuclear Research (CERN) in Switzerland convey the universal connection between humans and the cosmos that is espoused in IKS. Indian epics–Ramayana and Mahabharata–as well as Buddhism travelled far and wide and continue to flourish even today, especially in Southeast Asian countries. For example, Ramakein, the national literature of Thailand and Kakawin in Indonesia, are local versions of Ramayana that have been adapted to theatre, dance forms and other crafts in these countries, contributing immensely to their cultural and creative economy.

India’s civilizational connect, however, “was never a consequence a war or colonization, but rather an outcome of exchange of ideas, traditions and culture that accompanied trade of various goods,” as Dr. Vinay Sahasrabuddhe, President of Indian Council for Cultural Relations (ICCR), said in his address at Namaste 2020: Global Utsava of Indian Soft Power. In addition, Dr. Sahasrabuddhe shed light on the global recognition of India as a “non-aggressor country, whose vision is inclusive and worldview rests in the idea of Vasudhaiva Kutumbakam – the world is one family.” Diversity of lifestyles, yet a coherent and shared identity and harmony between humans and nature are hallmarks of this philosophy. The Indian civilizational thought is rooted in the idea of co-existence with mother nature rather than conquering it. In this sense, the “practice of soft power is embellished in India’s core identity that dates back to millennia, even though the term is comparatively new in the foreign policy and cultural discourse,” said the President of ICCR.

India is a culture-driven soft power. One example is availability and appreciation of Indian cinema as a source of recreation in the conflict-ridden Afghanistan. Another major cultural export is Indian gastronomy, be it turmeric latte sold in cafés, jackfruits used in gourmet preparations or the Australian PM Scott Morison’s display of Samosa diplomacy. Arts, fashion and handicrafts, literary works, and performing arts and tourism are other key aspects of Indian soft power. To realize and maximize the potential of such traditions and practices, it is important to develop a robust cultural creative economy, giving more and more opportunities for creative entrepreneurs to take Indian culture across the globe. This can also lead to cross-cultural cooperation and mutual learnings between cultural experts, entrepreneurs and enthusiasts from across the world.

Dinesh Patnaik, the Director-General of ICCR speaking at Namaste 2020 observed that “the soft power of a country is when its cultural assets become a subject of aspiration and admiration by the global community. India is blessed with immense cultural assets, be it Yoga, Ayurveda, literature, arts, heritage, culinary practices, sports and much more, along with being the largest democracy and, having strong institutions and leaders. When the propagation of soft power is done with the idea of fostering mutual respect, shared understanding and joint collaborations for cultural advancements between countries, it becomes the essence of cultural diplomacy.”

Beyond cultural and civilizational heritage, India has been recognized for its role in addressing global challenges and being at the forefront of various development-related initiatives. Though India’s international engagement is guided by its security and strategic interests, it is also underpinned by the values of inclusivity, plurality and welfare for all. The establishing of International Solar Alliance, for example, demonstrated India’s commitment towards mitigating environmental risks through multilateral cooperation. Similarly, Indian offers humanitarian aid to smaller mainland and island economies in times of calamity, while its contributions to the UN Peacekeeping forces are amongst the highest in the world. The country’s cooperation at bilateral and multilateral forums for fighting COVID-19 through supplying hydro-chloroquine to the world as well as directing R&D efforts towards vaccine development highlight India’s contribution in the global pharmaceutical and wellness sector.

Owing to these and many other contributions towards the greater good for all, India is ranked 44th out of 160 countries in the Good Country Index (GCI). According to Anholt, the creator of GCI, the underlying idea is that in the ongoing contest for soft power in the world where countries increasingly seek to lead and steer conversations around power dynamics, there is an increasing desire and necessity to connect with each other’s culture and communities. Speaking on the theme India’s Global Connect at Namaste 2020, Anholt explained that the ‘goodness’ of a country is determined by its multilateral engagement and cooperation in addressing common global challenges. Higher levels of involvement build positive perceptions about the country that in turn invite greater foreign investment and visitors, thus contributing to the country’s soft power and reputation in the eyes of common citizens.

For Indian soft power to achieve its full potential, it is imperative to have an integrated approach that amalgamates public diplomacy at the global level with a creative economy at the local level. This necessitates the involvement of all stakeholders, including artists, entrepreneurs, academics, policy makers and civil society. Namaste 2020: Global Utsava of Indian Soft Power was one such initiative by the Center for Soft Power.

The details of the session and videos can be accessed here.

Arunima Gupta
CPD Blog Contributor
Principal at Network of Indian Cultural Enterprises
YOU MIGHT BE INTERESTED IN...