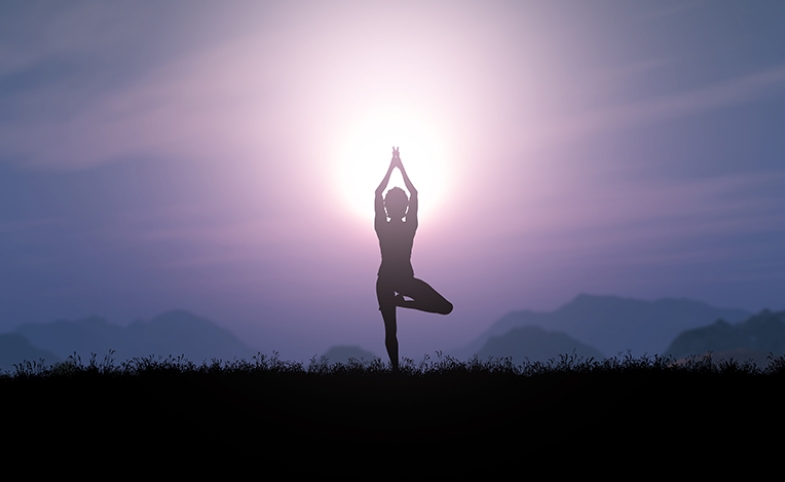 Ever since the first International Day of Yoga (IDY) celebration in 2015, the yoga community has grown exponentially, totaling more than 300 million yoga practitioners in the world today. This organic growth of yoga has spawned many enterprises, academic studies, growth in the hospitality sector and technological innovations, all based on one or another aspect of yoga.

While the government of India’s push in the UN General Assembly to commemorate IDY was a strategic success, yoga diplomacy was actually demonstrated during the pandemic from the manner in which individuals integrated it into their lives.

Before the pandemic, IDY was commemorated through public and private gatherings. India Today reports that the months of June and July see a spike in the demand for classes, yoga products and income for practitioners.

Since 2015, there has been a proliferation of yoga institutes in countries where Indian teachers traditionally visited to teach, the most prominent being the United States. A report by the U.S. National Center for Complementary and Integrative Health states that interest in yoga among older Americans is growing: "National survey data show that 6.7 percent of U.S. adults age 65 and over practiced yoga in 2017, as compared to 3.3 percent in 2012, 2.0 percent in 2007, and 1.3 percent in 2002."

This year’s theme: IDY 2021: Be with Yoga, Be at Home, hosted by India’s Ministry of Ayush and Ministry of Youth and Sports Affairs further encourages yoga practice from home. Over the last year, it has been found that aside from in-person classes, 24% of people worldwide also use yoga apps or guided videos to practice. India's Center for Soft Power in collaboration with Indica Yoga and the Indian Council for Cultural Relations (ICCR) has launched Suryathon, a digital app to promote authentic yoga practice. This will allow individuals from all over the world to connect virtually and participate in this year’s celebration. Speaking at the launch, the ICCR Director General Dinesh Patnaik remarked, “Yoga is going to be one of the biggest beneficiaries of the tech-driven online platforms.”

India is the only country that has a governmental ministry dedicated to yoga and Ayurveda. ... The heft of this institution could pave the way for India to create a narrative on yoga that is rooted, inclusive and impactful.

Indica Yoga Director Vinayachandra Bhanavathy said in a personal interview that there have been many positive outcomes in the movement of yoga, particularly in its shift from the periphery to the center of social, academic and professional acceptance. “The study, practice and transmission of yoga, which was limited to ashrams, gurukulams and personal spaces earlier has now moved into more organized, formal and collective spheres as well. Many universities both in India and abroad have dedicated departments, colleges and centers to offer courses, degrees, etc., and to conduct research.”

The increase in yoga research began even before public interest in the practice. Renowned Indian neurosurgeon Dr. Mayur V Kaku said in a personal interview that during 2000–09, the growth of yoga research had already gained a healthy momentum. “Definitely the number of publications has gone up, but the 60% increase after the five years of International Day of Yoga shows that it is not commensurate with the increase in public awareness. I wish to see continuous upward momentum, which suggests a sustained interest in the research community in yoga-related research.”

Dr. Kaku said yoga is not just about postures, breathing, neurotransmitters, feel-good hormones and heart-rate variability, and that these are incidental benefits. “Yoga is a state of individual consciousness, which is merged with the supreme consciousness and has effects beyond what we can measure through modern research.” Unfortunately, the most prevalent forms of yoga practiced in the world, especially in the West, are denuded of these deeper realizations.

In this scenario, India needs to denounce practices that do more harm than good and also corrode the purpose of yoga. As yoga researcher Fabio Milioni wrote in a Soft Power Magazine article, "Yoga is Not a Commodity, Nor a Shortcut:" “The fashion of always inventing new 'Yoga' is systematically associated with profit: Yoga is debased and smuggled as an 'original' commodity, preferably associated with an alleged 'intellectual property' covered by copyright. Any sincere seeker can, at best, aspire to the role of being a good servant of Yoga; always keeping the temperamental horses of the ego well in check.”

The Indian government has made concerted efforts to promote yoga. India is the only country that has a governmental ministry dedicated to yoga and Ayurveda. Apart from driving the IDY global campaign, New Delhi must also advocate for an international yoga alliance, headquartered in India.

Led by highly qualified practitioners and composed of a global governing body, this institution can put in place protocols for the practice of yoga in sync with yoga’s core ethos. This does not mean doing away with current trends but rather regulating detrimental practices. It could encourage R&D practices that integrate the knowledge of Sanskrit and Ayurveda. It should also promote technological innovation as well as nuanced medical research on yoga’s offerings for contemporary challenges. Finally, the institution could oversee patents and other intellectual property-related concerns and create mechanisms for relevant stakeholders to benefit from a robust yoga ecosystem. The heft of this institution could pave the way for India to create a narrative on yoga that is rooted, inclusive and impactful. It would also enable detailed study and designing of metrics that allow accurate assessment of yoga’s global outreach, future trends and opportunities.

Even as setting up an institution with such a multi-pronged mandate calls for well thought-out measures, many smaller non-governmental institutions across India are working toward standardizing practices in yoga. An effort in this direction is the Asana + Alliance from Indica Yoga. This alliance is a global network of teachers who share a "diverse and inclusive approach to Yoga that is authentic, immersive and transformative." The Center for Soft Power, an affiliate, is connecting with yoga teachers and institutions from across the world with the vision of creating a global yoga collective.

Any attempt to convey the essence of yoga, as it was practiced by ancient seers, should include mantras and mindfulness, Sanskrit and shastras (teaching), as well as Ayurveda. Anything less would be a poor imitation. Realizing this, the Suryathon includes the most common and the oldest version of the Surya Namaskar (sun salutation), which predates modern variations and holds universal appeal.

This is just the starting point of a journey to explore the whole of yoga through the Indic lens, which is the key to India’s yoga diplomacy and would benefit the world at large.

Ever since the American political scientist Joseph S Nye Jr. introduced the term “soft power” in the international relations discourse back in the 1980s, countries across the world have embraced this idea to augment their...