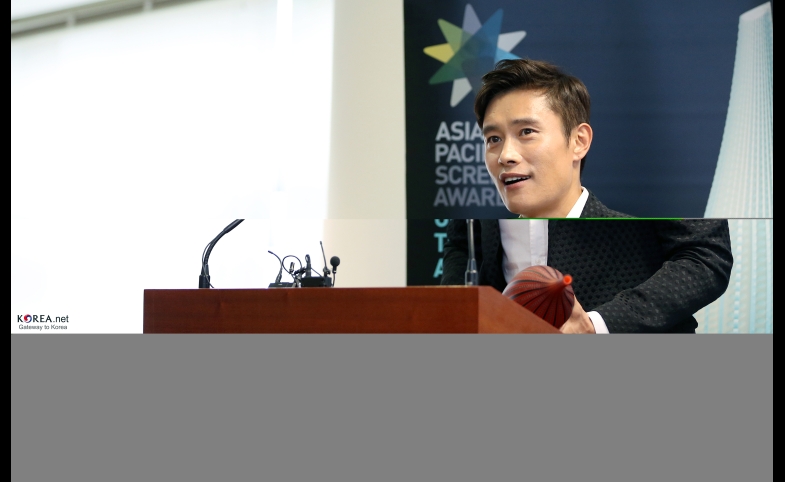 It’s red carpet time again in Brisbane, Australia. Last week the "New World City" hosted the Asia Pacific Screen Awards (APSA) for the ninth year in a row. Presenting the best films of the Asia Pacific region to a global audience, APSA is a surprising and quite remarkable tribute to cultural diplomacy.

Far more than just red carpets and glamour, APSA was initiated by Founding Chairman Des Power AM in 2007 with the endorsement of UNESCO and the International Federation of Film Producers (FIAPF). Its mission is quite simple: to recognize and promote the cinematic excellence and cultural diversity of the Asia Pacific. Yet, this is no simple task. Depending on your perspective, the Asia Pacific spans from Egypt in the west to the Cook Islands in the east, from Russia in the north to New Zealand in the south, includes some 70 nations, and is home to 4.5 billion people. It represents the world’s most dynamic, diverse and fastest growing region – including in film production.

Film is well known as a powerful medium of cultural diplomacy, particularly when story and craft converge. This is where APSA takes its cue. The films awarded and celebrated by APSA “demonstrate a rich slate of diversity" alongside excellence in the film-making craft.

This year more than 300 films were submitted to the APSA judging process. The final cut of nominees and award winners represented forty feature films and as many nations. Among these were stories that came from the deep countryside of Kyrgyzstan and Tibet, the troubled streets of the Gaza Strip, the openness of the Australian outback, the city streets of Datong and the disturbed dreams of Thai soldiers.

Cemetery of Splendour, a joint entry from Thailand, Malaysia, Germany, France and the United Kingdom was recognized as the best feature film in 2015. As in years past, the best feature film comes from nations not typically known for their red carpet appearances. Nations previously represented in this category include the Russian Federation (Leviathan, 2014), Palestine (Omar, 2013), Greece and Turkey (Beyond the Hill, 2012), the Islamic Republic of Iran (A Separation, 2012), the People’s Republic of China and Hong Kong (Aftershock, 2010), Australia (Samson and Delilah, 2009), Kazakhstan (Tulpan, 2008) and the Republic of Korea (Secret Sunshine, 2007).

Similarly, the performances reflect a refreshing breadth of talent and diversity. This year renowned Japanese actor (and grandmother) Kirin Kiki won the best female performance (For An), while Korea’s Jung Jaeyoung was awarded best male performance (Right Now, Wrong Then). Looking back over the many outstanding performances one finds a striking breadth of diversity. Not only in terms of ethnicity, language and age, but also in the roles, relationships and circumstances presented. The most compelling stories are those most often hidden from the conventional view. Far removed from the stereotypes of Hollywood, APSA should be congratulated for the complex portrait of humanity it promotes.

For Australia, APSA is an important demonstration of how the nation can engage – not by imposing its own stories and culture, but by enabling, sharing and celebrating the many stories of a culturally diverse region.

Recognized for their diversity rather than mainstream box-office appeal, these are the films that bring us, the audience, into the inner worlds and lives of those we might see as ‘"the other." They captivate our imaginations and move our emotions. They reveal gritty stories of struggle, conflict and tension that challenge our perceptions and open our minds. They remind us of our vulnerabilities and triumphs, and show us that beauty and magic can exist in even the most bleak and desolate corners of the world.

Through these stories we can come to realize that regardless of our situation we share in similar struggles: between tradition and modernity, family and cause, conformity and individuality, love and war, dreams and reality. They are stories that reveal and reflect our shared humanity and aspirations. Ultimately they are the stories that call us not just to see, but to see ourselves in the worlds and lives of the "other." Differences forgotten. Understanding found. This powerful interaction is the essence of cultural diplomacy.

For Australia, APSA is an important demonstration of how the nation can engage – not by imposing its own stories and culture, but by enabling, sharing and celebrating the many stories of a culturally diverse region. It is through difference that Australia finds its place in the Asia Pacific. And through the recognition of difference, APSA strengthens relationships in an otherwise unfamiliar region. It is arguably Australia’s most cost effective initiative in cultural diplomacy, and offers a unique model for building collaborative soft power.

Yet APSA holds even greater significance for the city of Brisbane. Hosting the event is critical to Brisbane’s longer-term strategy to build its profile as a “New World City” - where cultures of the region converge, engage and converse. It sits on the city calendar alongside the similarly impressive biennial Asia Pacific Cities Summit and the Asia Pacific Art Triennial, not to mention landmark events like the 2014 G20 Leaders’ Summit. As host of these events Brisbane has, over the past decade, successfully crafted an agenda of cultural, economic and political relevance to cities across the Asia Pacific. In doing so, this “new world city” is casting itself as a diplomatic actor of influence in the region. Bravo.