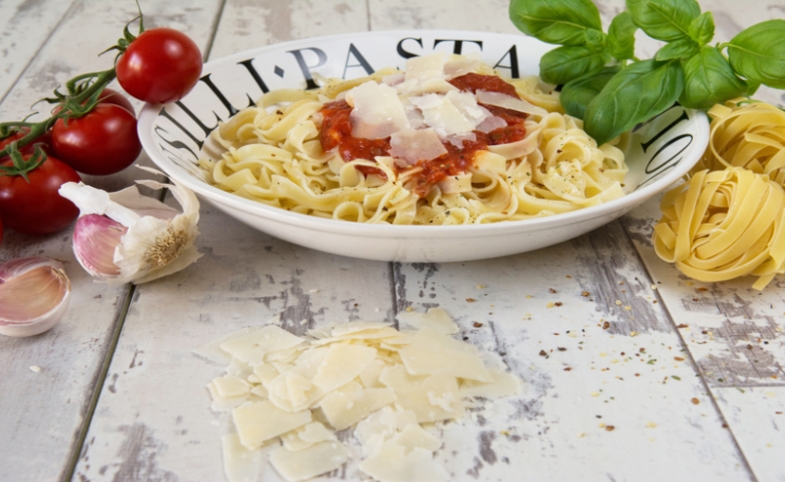 You only have to spend a few minutes in the streets of any Italian city to see that food around here is a serious business. The country has always had a foodie air about its image in the world, and since the financial crisis the opportunities for eating out have multiplied like mushrooms after rain. Comfort and consolation, food has always been a great unifying resource for this nation in good times and bad.

A recent conference at Nomisma, a leading economic think-tank based in Bologna, revealed just how big the stakes are in the production and marketing of food in Italy. Diplomats, business people, and experts described the effort that the country’s food brands and key ministries are investing in building influence and fortunes in the world’s wine and food markets of today. This year the sector brought €37 billion into the economy. A new, integrated public-private drive presented at the conference hopes to lift this figure to $50 billion by 2020. Food and wine exports have grown by 69% over the last ten years.

The Nomisma meeting came right after the “World Wide Week of Italian Cuisine.” Italian embassies and consulates in 105 countries organised over 1300 food-oriented events: tasting sessions, presentations from celebrity chefs, cooking shows and mini-courses, fairs and exhibits, films, exhibitions, and so on. This crusade was one of the many spin-offs from the Expo World Fair of Milan, in 2015, dedicated to the theme of ‘Feeding the planet, energy for life!’ Over 6 months, more than 20 million visitors explored 150 national and company pavilions, giving a much-needed boost to national self-confidence—Milan’s in particular.

The success of this venture prompted a qualitative leap forward in the attention that authorities at every level are now giving to food and wine as a key currency of business, but also the sort of export which advertises the nation’s creativity, territories and values. Business and political leaders also see a narrative of identity emerging from the Italian food experience in all its forms, one which expresses a distinctive and successful synthesis of tradition and modernity. Alongside a distinguished functionary of the Foreign Ministry at the Nomisma meeting, the CEO of Eataly—the global food business founded in 2004 and now worth €400m—insisted that quality and and culture were the key to the success of Italy’s gastronomic brands in the world, independent of price. Good, healthy food should be available for €10, she said, just as it was at €100.

Nomisma organizers explicitly applied the label of “soft power” to what they think the new activism on food and wine means for Italy’s world presence.

French officials present at Nomisma made clear that France too was deeply interested in this form of public-private diplomacy, and referred to the one-third of tourists to that country—still the world’s number one tourist destination—who had cited the nation’s culinary attractions as the prime reason for their visit. But the diplomats acknowledged that compared to Italy, their international strategy in this sector was struggling. With pizza and pasta, the Italians could count on food assets which were popular, meaning available to all, enjoyable at every price and quality level. By comparison, French cuisine remains unmistakably elitist. The Michelin star system for the finest restaurants enjoys a global reputation, but it only functions at the most elevated levels of haute cuisine. Nevertheless, France’s gastronomic exceptionalism had been recognized by the UNESCO Intangible Cultural Heritage scheme (unlike Italy’s, so far), and French public and private interests together were also celebrating their food culture around the globe, under the heading of "Goût français."

The Japanese representative at Nomisma explained how his government too was starting to become aware of the sort of soft power asset the nation’s food culture represented, and what it could do for Japan’s renown in the world if properly presented and explained. The 2020 Olympics in Tokyo would be a great moment of celebration for this cultural resource. Like the envoy from the Peruvian embassy, he  could point to displays, courses, celebrity chefs, on-line and TV courses, cookbooks and sample menus. Spain, Thailand and South Korea were also cited as developing new strategies of eno-gastronomic promotion.

The Nomisma organizers explicitly applied the label of “soft power” to what they think the new activism on food and wine means for Italy’s world presence. The standard definition of soft power presents it as tool for leveraging a nation’s cultural and moral assets so that they might serve conventional objectives of foreign policy. But the notion can only be taken seriously if it’s seen as an expression of  prestige and leadership in areas which rarely have anything to do with geopolitics. Food questions are typical of those issues which are continuously broadening the scope of foreign policy. Producing and selling food in the world concerns not just marketing, but agriculture and the environment, health, science, and education.  Matters of trade, investment, and regulation are involved.

In food too, you can only become a serious player in the game of soft power when you tell stories that others can admire and trust, or set standards—preferably new—which others choose spontaneously to follow. France with its Michelin stars for the finest restaurants provides a classic example of  an established soft power asset. But today’s demotic food culture—with its celebrity chefs, vast TV audiences, countless cookbooks, and new restaurants everywhere—demands eating experiences which are authentic and accessible, yet evoke exotic places and traditions.

In 1986, the Slow Food movement was founded in a small country town in Piedmont, in explicit opposition to the spread of McDonald’s and other fast food outlets in Italy. That association, which campaigns, teaches and proselytizes on behalf of healthy food production and consumption, can now count on 100,000 members in over 160 countries. In this soft power competition, Italy looks like a clear winner.

Photo by Pexels I CC 0

Have you ever tried pierogi? What about gołąbki?  These dishes are staples of any traditional Polish kitchen—a cuisine famous for its bread, soup and meats, and it's gaining diplomatic clout.  The video below...