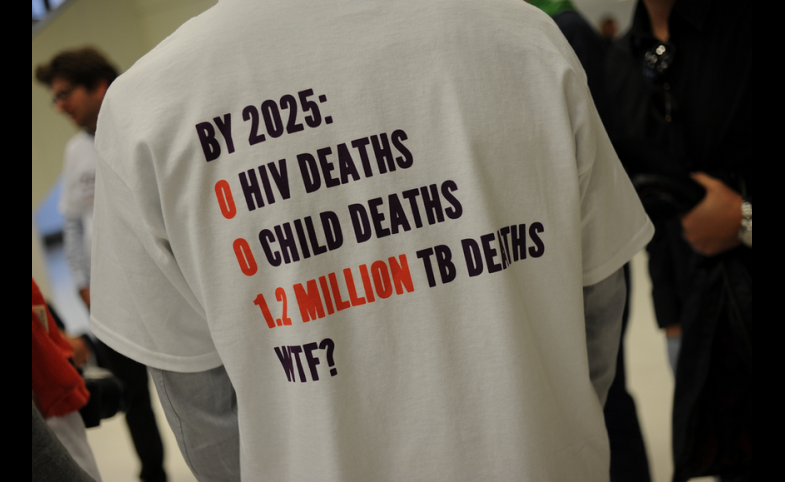 International Relations Professor, Alan Henrikson once wrote that public diplomacy should be thought of as a form of engagement. Although Professor Henrikson’s article focused on governments, nongovernmental organizations have also proved their ability to develop sophisticated public diplomacy campaigns that engage both governments and the private sector. The Treatment Action Group is one NGO that uses a wide range of public diplomacy tools to ensure communities affected by HIV and tuberculosis (TB) have access to better treatment and can participate in clinical research. TAG uses public events, speaking engagements, outreach to journalists, electronic and social media among other tools to advance its work. But one of the organization’s key activities is providing support to the Community Research Advisors Group (CRAG), which is an advisory body to the U.S. Centers for Disease Control and Prevention’s Tuberculosis Trials Consortium made up of TB activists from all over the world.

In 2013, TAG and the CRAG partnered with the National Tuberculosis Controllers Association (NTCA) on a campaign to make the drug rifapentine more affordable. At the time, it cost $51 to buy a 32-tablet box of rifapentine, which was too expensive for most patients since they needed to take the medicine for at least 12 weeks. TAG began the campaign to reduce the price of the drug to $35 per box with an open letter, co-signed by the American Medical Association, American Thoracic Society, and the Migrant Clinicians Network among other organizations and agencies. This letter was published online and shared through social media in July 2013. TAG partnered with other organizations and agencies, including the National TB Controllers Association in the USA, to engage Sanofi, the pharmaceutical company that produces rifapentine, directly. Together, TAG and the National TB Controllers Association conducted a survey that identified cost as the main barrier to use of rifapentine. Over the next few months, TAG issued a second letter citing the findings of this survey and continued the campaign in the traditional and social media. In December 2013, Sanofi announced that it would lower the price of rifapentine to $32 per 32-tablet box, a 56.2% reduction that was even lower than the price the CRAG had requested. The CRAG and TAG are now working with Sanofi to making rifapentine more widely available in countries outside the U.S., particularly in countries where rifapentine has been studied in clinical trials.

Although challenges were encountered in this campaign, it is one example of how communities affected by the global TB epidemic have successfully used public diplomacy techniques to obtain life-saving medicines. It also demonstrates the value of taking the time to build partnership with an array of different agencies or organizations. In their widely read article on the three layers of public diplomacy, Geoffrey Cowen and Amelia Arsenault asserted that “…initiatives that feature cross-national participation in a joint venture or project ...may be…a more effective public technique” than those typically used. During an interview for this project, Mike Frick, the TB/HIV Project Officer at TAG, confirmed that having multiple groups participate in this campaign was “absolutely essential” to its success.

When asked what advice he would give to other groups interested in launching similar public diplomacy campaigns, Mr. Frick advised that other NGOs or community groups must be ready to work in large partnerships and must be research literate. “Many scientists are very open to working with communities, but the bulk of engagement will come from the activists,” Frick explained.

In addition, Frick explained that it is necessary to build the evidence base for a successful public diplomacy campaign. TAG and their partners had conducted a survey that confirmed the high cost of rifapentine prevented patients from receiving the drug. In other situations, an NGO may partner with government agencies to harness existing data. Although the focus may be on achieving the goals of the campaign, the establishment of task-focused international partnerships is a valuable public diplomacy technique itself. As Cowen and Arsenault point out, “nothing creates a sense of trust and mutual respect as fully as a meaningful collaboration.”