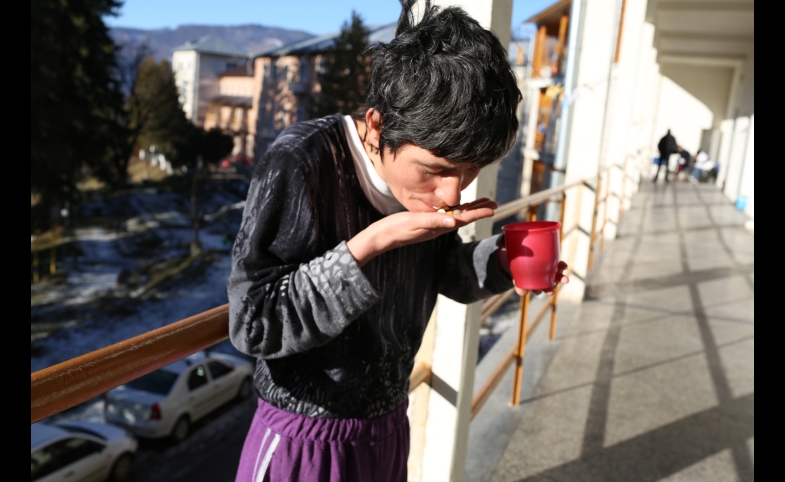 Tuberculosis is curable, but every hour five people die of the disease in the European region. The TB Europe Coalition (TBEC)’s goal is to change this sad situation.

The TBEC is an advocacy network of civil society stakeholders, including those who have been directly affected by the disease, working to end TB in the European Region. The non-governmental organization RESULTS UK carries out the TBEC’s core operations, such as coordination, advocacy support, research and communications. Activists formed the TBEC in 2009 to address two major concerns: the spread of multidrug-resistant tuberculosis (MDR-TB); and the low awareness among the general population and policy-makers about this problem. Although this airborne, infectious disease presents a serious threat to people living in Europe, financial support for TB programs has fallen to unacceptable levels in recent years.

TBEC has used a number of public diplomacy tools in its work, including poignant speaking engagements. Last November, TBEC members accompanied a former MDR-TB patient named Marina to meet with representatives at the European Parliament in Brussels. Marina described how she overcame MDR-TB after two years of painful treatment that included excruciating injections, constant fatigue, extreme nausea, sensitivity to light, depression and thoughts of suicide. In an email to me, TB Policy Advocacy Officer Bruce Warwick pointed out that individuals like Marina who have been directly affected by the disease can offer valuable contributions to TB control discussions and suggestions that may be overlooked by those who have not experienced TB themselves. The European officials Marina met pledged to use their positions to advocate for more funding and treatment options for people suffering from TB.

Because civil society organizations have proven to be especially effective..., TBEC’s efforts to connect civil society actors and facilitate opportunities to participate decision-making processes regarding TB resources, policy, and programming are extremely important for preserving public health in the Europe Region.

TBEC is also using what the public diplomacy scholars have called “conference diplomacy.” In March, 2015 the first Ministerial Meeting on TB was held in Riga, Latvia. TBEC and its supporters called on Ministers of Health, Social Affairs and Finance from 28 European Union countries and Ukraine, Georgia, Azerbaijan, Belarus, and Moldova to demonstrate the political commitment necessary to effective TB control and sign the Riga Declaration on Tuberculosis. The declaration, which was signed on March 31st, highlights a number of key areas including the strengthening of regional cooperation on TB and MDR-TB “at the highest political level across different sectors, including civil-society organizations and communities.”

TBEC has achieved noticeable success through digital outreach and social media. Currently, the TBEC is implementing the Fight TB 2015 campaign with support from the international Stop TB Partnership. This campaign aims to ensure that European governments improve their response to TB prevention and control. Thousands of followers have signed petitions to European leaders demanding they take action to end TB’s devastating impact in Europe. Readers interested in joining the campaign can find more information here: http://www.fighttb2015.eu/

Despite recent gains in global TB control, a number of challenges threaten the progress made in the European region including the lack of access to health services for marginalized populations and interruptions in TB services in conflict-affected areas of Ukraine. A recent report published by the TEC found that civil support is likely to be weakened by donor withdrawal, as there is little culture of civil society engagement and support in many of the countries affected by TB in the European region. Because civil society organizations have proven to be especially effective in addressing both of these challenges, TBEC’s efforts to connect civil society actors and facilitate opportunities to participate decision-making processes regarding TB resources, policy, and programming are extremely important for preserving public health in the Europe Region.

Volume 12 of Place Branding and Public Diplomacy, a journal published by Palgrave-Macmillan, is now available online. The journal aims to bring together discussions from across a range of disciplines: “from political...