Home|Changing the Conversation: The PD of the International Organization for Migration 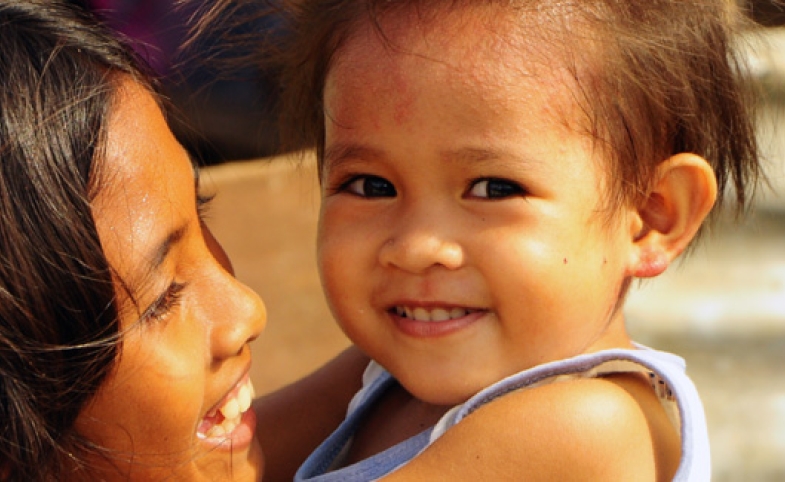 On International Migrants Day 2014 (December 18), Director General of the International Organization for Migration (IOM) William Lacy Swing wrote in a New York Times op-ed that 2014 was “the deadliest year for migrants on record” characterized by “unprecedented anti-migrant sentiment worldwide.”

To counter common misrepresentations and information deficits that fuel animosity towards migrants, the IOM launched the “Migrants Contribute” campaign in 2014 with support from the government of Sweden. The campaign explains that a “migrant” is “a person who resides in a foreign country for more than one year irrespective of the causes, voluntary or involuntary, and the means, regular or irregular, used to migrate.” The campaign highlights migrants’ diverse skills, points of view, and determination. According to the Migrants Campaign website, its goal is to show that migrants “bring more than just a suitcase” and “travel with an intention to make an impact in their communities.” The campaign will be implemented in 50 countries and will last 3 to 5 years. In both this campaign and its other activities, the IOM uses a wide range of public diplomacy tools, most notably op-eds, social media, and print publications to advance understanding of migration issues.

...Because they face unhealthy living conditions and a lack of access to health services during the migration process or after arrival in the destination country, migrants are a “key affected population” by tuberculosis (TB). Even though scientific research has shown that migrants are not vectors of disease, the perception of migrants as TB carriers persists.

Public diplomacy experts have found op-eds to be a promising way to influence both public opinion and international policy. For example, in their study on the use of op-eds during the 2011 Egyptian revolution, Guy Golan and Terrance R Carroll explain that op-eds “provide politicians, issue advocates, and experts the ability to inform and influence international publics regarding salient global issues.” According to CPD director Jian Wang, op-eds can also help shape international policy because “the role of individuals and their expressed opinions…form a climate of opinion, in which decision-makers pursue policies…When public opinion is activated, the climate of opinion can limit or broaden policy choices and actions.”

Many of the IOM’s public diplomacy activities are two-directional, meaning members of the public have the opportunity to ask questions, request more information, or voice their support for initiatives to protect migrants. In addition to an informative presence on Twitter, Facebook, and LinkedIn, the IOM uses Storify to create poignant narratives on migration-related topics by importing content from various social media sites. The IOM has also used documentary and animated films to inform the international community about the dangers facing migrants, such as human trafficking, forced labor, and life-threatening journeys.

The IOM also operates several popular blogs that provide context for migration-related issues that are covered in traditional media. For example, because they face unhealthy living conditions and a lack of access to health services during the migration process or after arrival in the destination country, migrants are a “key affected population” by tuberculosis (TB). Even though scientific research has shown that migrants are not vectors of disease, the perception of migrants as TB carriers persists. Many of the IOM’s bloggers have used the Internet to correct misperceptions and inform a global audience about TB and other health risks facing migrants. Several blog posts have also described the IOM’s work with national governments to prevent migrants from contracting TB and partnerships with major donors to establish programs that provide TB testing and treatment services to migrants.

The IOM also releases official publications that provide data on international migration trends and advocate for improved migrant health policies. In its report, Tuberculosis and Migration: A Post-2015 Call for Action, the IOM emphasizes that political commitment from countries of origin, transit, and destination is a prerequisite for reductions in TB mortality and morbidity. The IOM’s policy brief, Migration and Tuberculosis: A Pressing Issue, explains how social and economic inequalities heighten migrants’ risk for contracting TB.

With more people migrating than ever before, there is a great need for organizations like the IOM to change the conversation about international migration from an exchange of negative stereotypes to positive, well-informed discourse.

International Relations Professor, Alan Henrikson once wrote that public diplomacy should be thought of as a form of engagement. Although Professor Henrikson’s article focused on governments, nongovernmental...