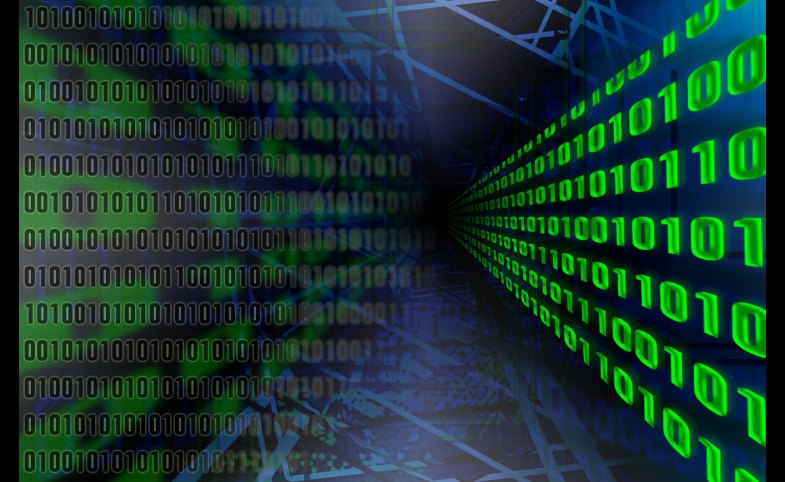 Combining big data analysis and visualizations with a nuanced understanding of context, already central to diplomacy, can create opportunities for collaboration and for pushing the boundaries of what is imagined possible within 21st century public diplomacy. One of the greatest opportunities for influence comes from the synthesis of survey data and big data with the nuance, experience, and understanding developed by generations of diplomats – delivering an insight-driven culture.

The recent study “Data-Driven Public Diplomacy,” released by the U.S. Advisory Commission on Public Diplomacy, provides valuable recommendations on how to better support data-driven programs and campaigns that engage foreign audiences. Two important conclusions from the report highlight that:

The opportunity to develop a research-based and data-driven strategic planning process hinges on research contributing to an insight-driven culture. In addition, survey data can be augmented with unobtrusively collected data, providing insight into actual, rather than reported, behavior. When combined effectively, survey and unobtrusively collected data can deliver insights which neither method alone can produce. To achieve this requires individuals with access to the appropriate data sources, the appropriate skills, experience, and the imagination to convert information into insight.

While technology can be disruptive for broadcasters, diplomats, and scholars, it can also be empowering, as shown in these two examples, for those seeking to understand behavior within complex environments.

Two recently published pieces, on which I collaborated, demonstrate the usefulness of incorporating big data in two very diverse areas:

The data collected during the event were also analyzed to show the areas of the world where social media users were particularly engaged. While there are obvious limitations to identifying the geographic location of social media users, the process yielded some interesting results, such as showing which areas of the world were engaged at which times. This is an important aspect of understanding the impact of an event such as the Global Summit. For example, engagement via Twitter could take place all at once, or be focused in specific areas of the world at different times. By combining geographic and temporal data, the analysis can pinpoint where and when particular spikes of engagement occurred. The High Commission in Dar Es Salem (@UKinTanzania) held an event to highlight the summit, and a corresponding burst of activity can be seen on the map.

2) Reporting on Syria: tracking the response to international broadcasters. Another recent report, “Understanding the Changing Cultural Value of the BBC World Service and the British Council,” published by the Open University, shows opportunities for using data to understand the impact and value of cultural relations and international broadcasting. In addition to an analysis of the British Council’s “Learn English” Facebook page, which focuses on reaching learners of English in the Middle East, the research analyzed the responses different international broadcasters have received to their social media-based coverage of the use of chemical weapons in Syria.

Although all the news outlets’ accounts covered events in Syria, they engaged with social media users at different times and in different volumes. Taking a comparative approach, it is possible to see how Twitter users responded to the content produced by international broadcasters. This approach highlights that different organizations were valued more highly at particular times during August, as shown in the graph below. 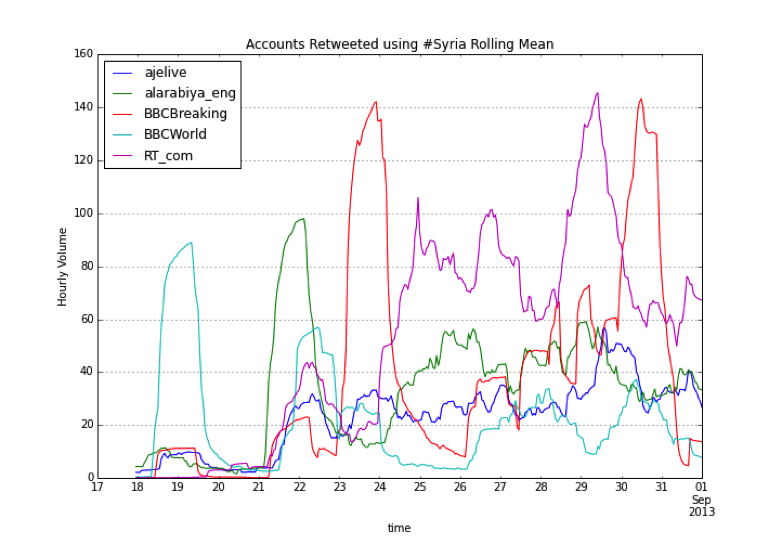 This graph shows the “engagement profile” of each of the organizations, highlighting that @BBCBreaking attracted large spikes of interest which dissipated rapidly. In contrast, the @RT_com account built a level engagement and sustained that engagement over the following days. This data and the analysis in the report allow international broadcasters and public diplomacy organizations to develop a greater understanding of their social media accounts’ impact and value. With this insight, organizations can begin to consider what type of engagement profile they seek to achieve, be it consistent moderate levels of interaction or occasional sharp spikes. Organizations might also consider whether there is a difference between the users who engage during a sharp spike in traffic, and those who engage consistently during quieter periods. If there is an appreciable difference in the users, should one group be prioritized over the others in terms of responses or when planning future events?  (Readers can examine the graph in greater detail by using the interactive version at WandrenPD).

While technology can be disruptive for broadcasters, diplomats, and scholars, it can also be empowering, as shown in these two examples, for those seeking to understand behavior within complex environments. One of the biggest problems in making this happen is the gap between diplomats and the current big data tools. This is a physical gap, given the restrictions on what software can be run on computers available to diplomats, but it is also a cognitive gap, a two-way lack of understanding between big data and diplomatic communities. To make use of available insights and to operate the “21st century tool kit for public diplomacy” will require diplomats trained in the skills of classical diplomacy and the analytical technologies of the 21st century.

The Case for Blowing Things Up

As a committed advocate for soft power and public diplomacy, I look for ways other than military force to address even the most pernicious international behavior. Usually, talking is better than fighting and wise use of...

Diplomats and scholars now have the opportunity to gather and analyze vast quantities of data. Data has allowed us to explore how social media users responded differently to a variety of international broadcasters in the...