Home|Nation Branding: Not Just a Logo

Nation Branding: Not Just a Logo

The term “nation branding” is much evoked these days by practitioners and researchers of international communication. There are two broad conversations underlying the discussions and debates.

One, if and what could branding in the commercial sector teach us about nation-state image communication in contemporary times? The other concerns to what extent multinational brands and country image are interconnected or interdependent. For instance, does consumer perception of a country‘s policies and actions affect companies and brands from the said country, or vice versa?

In this blog we are primarily concerned with the first question ― the relevance of the branding concept to national image management practices.

Needless to say, nations are not and certainly cannot be ―brands in the sense of a product or service brand; except perhaps in the case where they are viewed and presented as tourism destinations. Nonetheless, given the competitive global political and economic landscape, the enduring significance of national identity, and the increasing centrality of emotion in public communication, the concept and practice of branding is not only relevant but also crucial to effective communication of country image.

However, in the context of the nation-state, branding practices should be carefully looked into and judiciously applied. After all, even in the corporate sector, branding is but one of the strategic options for business development and growth, and may not always be a good solution. At times there does seem to be an optimistic bias by eager politicians and practitioners alike towards the value and power of branding in meeting the challenges of national image. Yet, the complex nature and processes associated with the nation-state often limits its application.

...the concept and practice of branding is not only relevant but also crucial to effective communication of country image.

Generally speaking, the idea of branding refers to the process of defining, delivering and maintaining the identification of an object, be it goods or services, places or people, or issues or organizations, to achieve differentiation, uptake and relationship among its target audiences. This enterprise encompasses three main sets of activities ― brand definition, brand engagement, and brand management, with brand definition at its core.

For this discussion, brand definition is the establishment of the identity of a place based on functional, symbolic, and/or experiential benefits target audiences seek in it. Here we ask two fundamental questions: “what does the country stand for?” and more importantly “whether what it stands for has any resonance with its target audiences?” Typical scenarios in “brand identity” include defining or re-defining one‘s brand positioning, updating or refreshing one‘s image, creating and improving awareness among existing and/or new audiences.

In this month’s PDiN news digest, we see examples of branding endeavors by various countries that exemplify these common situations. In the case of Brand Israel, much has been said about the daunting image challenges facing the country as a result of the Israeli-Palestinian conflict. Grave as the issue is, the country is certainly not just about war and conflict. The re-branding effort spear-headed by the Israeli government has aimed to broaden the global discourse about the country. Skeptics question whether it is possible for Israel to expand its narratives to include other aspects of its society without effectively addressing its policies and actions in the conflict (see “Lost in Explanation”).

South Korea faces a somewhat different branding problem. Although its lackluster global image doesn‘t encounter the kind of entrenched negativity and resistance as does Israel, the country feels it deserves more recognition and respect given its remarkable economic and political achievements. So, their task is mainly about image upgrading. It is, according to its president Lee Myung-bak, part of the country‘s effort to move “away from the periphery of Asia” and “into the center of the world.”

The image challenge facing countries like Ghana is to carve out a distinct national identity, since in the global imagination, the individual countries in Africa are unfortunately subsumed into the monolithic narrative concerning the continent.

The second set of activities in branding is brand engagement, which includes two basic aspects of designing an identity system for the brand (e.g., name, logo, color scheme, tagline), and delivering communication through a variety of platforms and vehicles externally as well as internally.

This year‘s two mega global events, the World Cup and the World Expo, are major communication platforms for not only the respective host countries, South Africa and China, but also many of the participant countries to showcase their culture and commerce. As the world will be watching, the question remains if South Africa will be able to fully leverage the occasion to promote its national image.

The Expo is a different event from the World Cup or the Olympics. Since the vast majority of the expected 70 million visitors to the Expo in Shanghai will be from across China over a six-month period, it will be a rare opportunity for countries to forge a dialog with the Chinese public through their branded pavilions (e.g., New Zealand, Sweden).

Branding is often misunderstood as solely about communicative devices such as logo, tagline, or color scheme. On the other hand, these elements are indeed indispensable vehicles for crystallizing differentiation and achieving communication efficiency. For instance, Sweden is using the “Spirit of Innovation” theme to capture the essence of its nation brand at the Expo.

Perhaps, the most significant part of brand engagement is gaining buy-in from domestic constituents. This is not that different from what we have observed in corporate branding, with a growing emphasis on internal audience. As the world‘s information environment becomes transparent and interactive, it is critical to align communication designed for the international audience with concerns of the domestic public. However, the interests and agendas of these two groups can be widely divergent. Israel, for instance, recently launched a program to engage its citizens as “brand ambassadors” or “citizen diplomats” in combating its negative international image.

Branding is often misunderstood as solely about communicative devices such as logo, tagline, or color scheme.

The third aspect of branding is brand management. This is about focus and coordination among the various brands of an organization. In the corporate sector, companies need to not only determine an effective and efficient mix of products and brands in their portfolio and the relationship structure among the brands, but also put in place the structure, process and resources for brand protection, promotion, and growth. In nation branding, decisions need to be made concerning the relationship among the “sub-entities” within a country and their structural arrangements with the overall national image. Should Swedish corporate brands help drive the nation brand of Sweden? How should the “Korea Be Inspired” tourism campaign be coordinated with the overall Brand Korea? Is it better to let a locality within a country drive the overall national image among overseas stakeholders, or vice versa? The Caribbean tourism example in the digest embodies a pan-region approach that transcends individual localities. In managing national image, multiple parties, often with divergent and competing interests, are involved and affected. This is particularly true for more democratic countries. 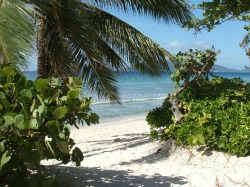 Some countries (e.g., Finland, Ghana, Israel, and South Korea) have set up government agencies or offices to oversee and coordinate various efforts. But one thing is certain: there is far less organizational control over messaging, delivery strategies or managing “contact points” than what we have seen in the private sector. In short, branding is not a panacea for country image crisis. From the communications perspective, nation branding is about telling and sharing a compelling story about a country. Yet, perceptions of other countries are invariably also a function of one‘s self-image. Some image drivers are situational, while others are dispositional. Without clearly identifying and understanding the sources of national image, any effort in nation brand positioning, communication and management would likely be misguided and ineffectual.

Re-branding Nigeria: when enough is enough
Globalcomment
In March 2009, a campaign was launched with the aim of re-branding Nigeria’s battered reputation. This was the second attempt at this task. The first came in the era of former president, Olusegun Obasanjo; needless to mention, millions of dollars were wasted.
Tags : Nation Branding, Africa

Re-Branding Kosovo: A New Image For a War-Torn Land
TIME
In short, Kosovo may finally be free of its former Serbian masters and it may have all the symbols of a state — its own flag, national anthem and passports — but the country still has a massive image problem to overcome.
Tags : Nation Branding, Public Opinion, Eurasia

Rebranding Australia
ABC Online
There is another task for Australia which deserves to be pretty high up there too. If successful, it would subtly help us achieve many of our other goals as a nation. It is a task that is long overdue: to effectively position and brand Australia in the global marketplace.
Tags : Nation Branding, Asia Pacific