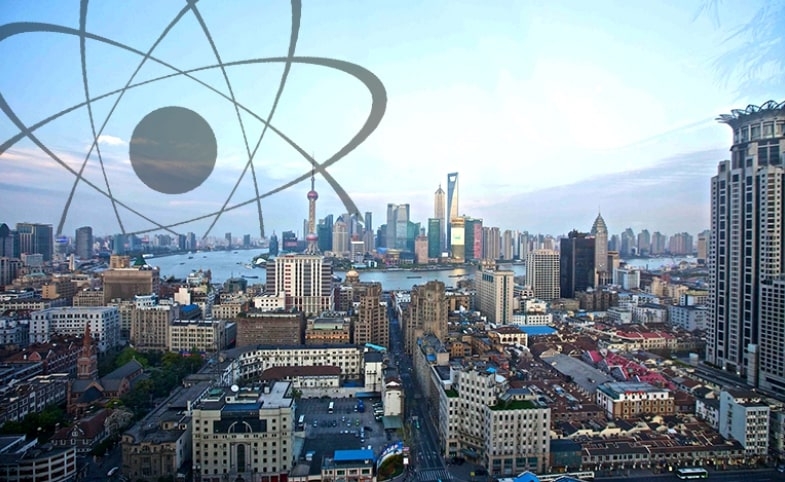 Note from the CPD Blog Manager: This essay was adapted by the author from her monograph, “National Styles in Science, Diplomacy, and Science Diplomacy: A Case Study of the P5 Countries,” a 2018 publication from Brill Research Perspectives in Diplomacy and Foreign Policy. Read the author's CPD Blog posts about science diplomacy in the UK, France, Russia and the U.S.

China adapted its own version of modern science and diplomacy only relatively recently, but such adaptation was necessary to smooth the process in dealing with Western powers and to step forward on the path of scientific and technological progress. Perhaps, when China achieves its goal of bridging the scientific and technological gap with developed countries, as it has already done in economics, it might abandon the Western model and embrace values more in harmony with traditional Chinese civilization. For now, China’s state-centered approach dramatically limits its influence and the international community’s receptiveness. If it chose to, China could utilize science diplomacy in the implementation of its foreign policy; however, there is currently no visible sign that this is occurring. While it is premature to say that China harbors any ambitions for global governance through science diplomacy, a reality that is unlikely to change in the near future, China’s ambitions for global leadership also cannot be neglected.

While extracting a series of elements characterizing China’s national style in science and diplomacy will inevitably be somewhat superficial, it is better to identify rather societal differences in national styles.

Contemporary China is rapidly modernizing and advancing in many spheres, demonstrating the country’s economic and technological progress. If China’s outer shell is recognizable to the West, then its internal essence is more likely to remain the preserve of traditional Chinese characteristics that were cultivated over the course of several millennia.

When it comes to science diplomacy, China’s leverage can be outlined in at least two ways: (1) international engagement through signing scientific and technological bilateral agreements that express the joint will to deepen exchanges and joint actions, and (2) generating smart power.

China’s historical and cultural development strongly contrasts the Western experience. The usual suggested periodization of science and diplomacy cannot be applied to China. For our purposes, when looking at the differences between the West and China we should first consider cultural mindsets and patterns of human behavior. China’s civilizational roots comes from the syncretism of Buddhism, Taoism, Confucianism and other religious-philosophical categories.

The syncretism of modern China has shown tremendous results. Within just the past few decades, China declared its serious intention to be a major international power, and its actions have shown its aims to expand its geopolitical acquisitions, pursue a leadership position in the world, and bring about a multipolar global system.

The difference between Chinese science and science in the West is dramatic, and for the most part is due to the theoretical foundations upon which the scientific revolution occurred in Europe. In Europe, science was used to unveil the laws of nature or “God’s” laws. By contrast, the Chinese civilization had much more metaphysical groundings, with ideas represented constantly in shifting and repeating cycles.

From the Western perspective, there is also a symbolic communication and ambiguity of the Chinese language as the Chinese were believed to speak and write not in a scientific manner, but in confusion, by means of various claims and discourses. Symbolic communication provides room for alternative interpretations, as the choice of translation is predetermined by the ideological context of the writer.

The failure of traditional Chinese society to launch its own scientific revolution is also explained by the inability of non-state actors—universities, cities and towns—to exist as autonomous entities. China maintained a powerful state bureaucracy and rigid social structure, based on the hierarchical principles of a censorial system and extended authority over large territorial units.

The first modern universities emerged in China only in the early 20th century as a type of Western model adaptation, showcasing the essence of Chinese syncretism. For the first time in Chinese history, a variety of professionals in law, medicine, business and science asserted themselves to be semi-independent from the state. However, the following proletarian cultural revolution under Mao Zedong brought down these professionals. Later, under Deng Xiaoping’s leadership, science was strictly committed to Marxist-Leninist guidance, which almost completely excluded the free inquiry foundation needed for scientific creativity and innovation. In the 1990s, the Communist leadership declared that the Chinese people need to take an active part in the modern scientific and technological endeavors that belong to all of humankind. However, China still struggles to balance between academic freedom and state control.

The Toolbox of Diplomacy

China’s modernization and development embraces the idea of gaining the acceptance of the international community, primarily the U.S., Europe and Japan. When it comes to science diplomacy, China’s leverage can be outlined in at least two ways: (1) international engagement through signing scientific and technological bilateral agreements that express the joint will to deepen exchanges and joint actions, and (2) generating smart power.

China’s ability to generate the soft power of attraction through cultural projection was started in earnest under the leadership of Hu Jintao, who was concerned with public diplomacy efforts. China’s main diplomatic endeavor in this space was the launching of Confucius Institutes that were represented by the network of cultural agencies and embassies overseas. Although the idea of developing a cultural network abroad is similar to France’s cultural centers, a problem arises for China from the style of governance and traditional regulations placed upon these cultural entities. The Confucius Institutes are mainly viewed with suspicion as propaganda agents of the Chinese Communist Party.

China’s political system and traditional values are alien to Western Liberalism and scientific autonomy. Having different perceptions about espionage and the theft of intellectual property, human rights, freedom of speech, ethics and morality, scientific autonomy might be an insurmountable barrier for genuine scientific collaboration between Chinese and Western researchers, and might also erode diplomatic negotiations as they are traditionally considered by the West.