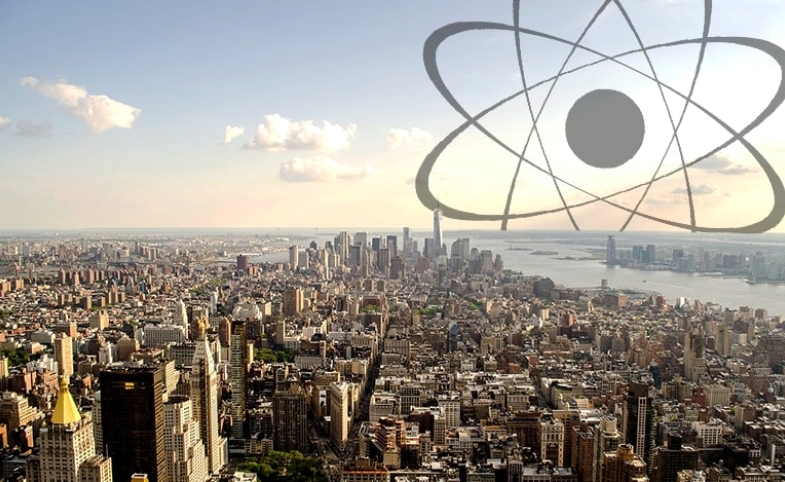 Note from the CPD Blog Manager: This essay was adapted by the author from her monograph, “National Styles in Science, Diplomacy, and Science Diplomacy: A Case Study of the P5 Countries,” a 2018 publication from Brill Research Perspectives in Diplomacy and Foreign Policy. Read the author's CPD Blog posts about science diplomacy in the UK, France, Russia and China.

The U.S. is a front-runner in modern science diplomacy. The intellectual and personified character of American diplomacy and the work of diplomats might soften the assertive and militarized aspects of American foreign policy. They might even reduce the rhetoric of exceptionalism and superiority. An advanced educational model, highly developed science and technology, and liberal traditions of public diplomacy are the essential elements of America’s national style in science diplomacy.

Rooted in European heritage, America’s style in science could not be anything but Western, which naturally spread throughout the North Atlantic. The core of scientific development is based on the principle of academic freedom and could only arise from the foundations of liberalism.

The age of science was a time of American isolationism and a missionary zeal for progress. It was also a time when the country truly emerged and announced itself as a great power while isolationism was eventually put aside. In the age of global science, when science and technology added a dramatic new dimension to state power, the U.S. continued to build influence as a strong regional and global leader following the period of unilateralism that was decided not only by America’s more efficient economic and political organization, but also by its scientific prowess and academic freedom.

The U.S. is a front-runner in modern science diplomacy...An advanced educational model, highly developed science and technology, and liberal traditions of public diplomacy are the essential elements of America’s national style in science diplomacy.

America’s approach toward science and technology relates to the country’s economic development and might be recognized in both social efficiency and a balance between the personal and public good. The strongly legalistic nature of disputes in American society is a cornerstone of its political culture, which indicates the role of public debate and the eagerness of politicians for public approval. This characteristic almost completely prevents political control over academic freedom.

Large American universities are the home of most of the ground-breaking research conducted in the country. The autonomy and continuous competitiveness of American universities for funding—and their need to showcase results-oriented projects—are all fertile ground for the development of world-leading theoretical and applied science. The funding system also gives space to a wide cohort of lobbies, interest groups and various kinds of professional organizations.

However, the greatest strength of America’s academic system is its flexibility, which allows the country to maintain a leading position as a global power strengthened by “forward-deployed diplomacy.”

Given the nature of America’s political system, the separation of powers among the president, Congress and the courts puts foreign policy and diplomacy in a position of “invitation to struggle” with the role of the Senate—declaring war, passing foreign affairs budgets, ratifying treaties and approving ambassadorial appointments—setting clear limits on the executive branch.

America’s national diplomatic style may not be a strict reflection of the country’s approach to foreign policy but is nevertheless a critical component. The blurred distinction between American foreign policy and diplomacy is notable. The formulation, understanding and use of both foreign policy and diplomacy, in theory and practice, have been largely interchangeable. This has meant that diplomats themselves have made and implemented foreign policy. Diplomats use analytical insight, play intelligence roles and ultimately build up knowledge about the countries in which they are posted. When diplomats complete their service, they quite often remain in their countries of residence, becoming analysts or consultants in the nations in which they have experience. In general, diplomats have been and continue to be a source of America’s foreign policy initiatives.

This tight bond between diplomacy and foreign policy can be taken as a main feature of America’s diplomatic style which differs from Britain, France and Russia, where diplomacy is the implementation of state foreign policy formulated by the government or a state leader.

Another characteristic of America’s diplomatic style lies in the integration of foreign policy academics and practitioners. A great freedom for returning diplomats to share their understanding of American foreign policy and diplomacy to a wide audience is allowed by the autonomy of American universities.

Washington’s leadership and the role of diplomats in pursuing long-lasting peace are challenged by the political climate of the Trump administration and the determination of external forces—in particular the rise of China. Two recently published memoirs by former State Department officials, James Dobbins and Ronan Farrow, express nostalgia for the “good old times” when career diplomats played a valued role in formulating and implementing American foreign policy on the cutting edge of interstate interactions, and when the U.S. enjoyed global leadership. Contemporary sidelining of American diplomacy is not an inevitability of global change but might be a choice by recent political administrations.

Indeed, the 2017 National Security Strategy pays little attention to traditional diplomacy. Instead, it strongly recommends that diplomats pursue a “forward-deployed” type of fieldwork to advance and defend America’s national interests abroad safeguarded by military capacity. That could lead to the State Department suffering a loss of power.

Along with Britain, America is a trendsetter in contemporary science diplomacy and takes the lead in each recognized dimension of it, although the Trump administration seems to underestimate the country’s involvement in global issues and de-emphasizes the contributions of science and scientists to the country’s detriment when negotiating on global climate change. Despite this, science diplomacy might be one of the most efficient and promising tools for America’s “forward-deployed” diplomacy, and a solid foundation for global governance.

For instance, during the Cold War, the foreign policy goals of the two superpowers required diplomatic multitasking. Both America and the Soviet Union practiced science diplomacy to achieve the goal of spreading influence in the Third World. Such was the case for vaccine diplomacy. Reinforcing bilateral relations with each other, both adversaries went through at least a decade-long project of space diplomacy.

The story of how science diplomacy has become an important part of American foreign policy begins from the American tradition of public engagement within its political system. Science diplomacy can be considered a part of public diplomacy, as America’s wide range of non-state actors and their energetic involvement in “country-making” and “world-making” has opened up traditional diplomacy to various public initiatives. As an example, the American Association for the Advancement of Science co-authored a widely cited report on science diplomacy in 2010.

America’s understanding and practical implementation of science diplomacy might be considered the basis for global governance, international collaboration and shared responsibility. The tradition of transparency through public debate is a valuable characteristic for global governance, and America’s political system has great potential to fit into this role.

Note from the CPD Blog Manager: This essay was adapted by the author from her monograph, “National Styles in Science, Diplomacy, and Science Diplomacy: A Case Study of the P5 Countries,” a 2018 publication from Brill...