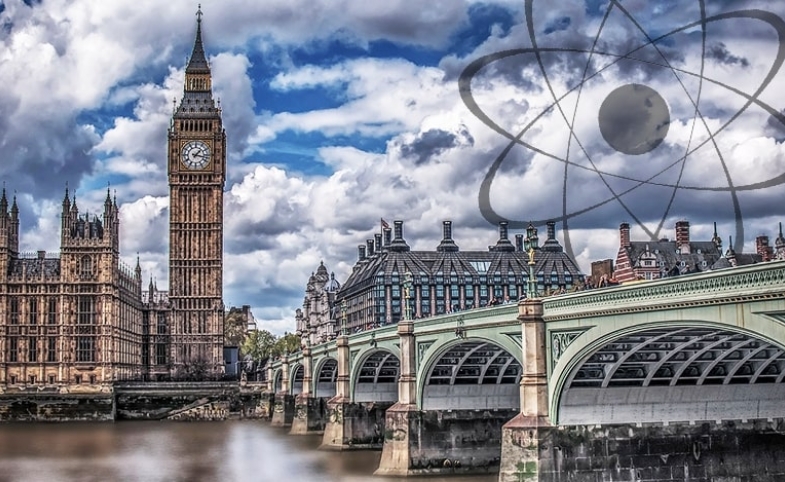 Note from the CPD Blog Manager: This essay was adapted by the author from her monograph, “National Styles in Science, Diplomacy, and Science Diplomacy: A Case Study of the P5 Countries,” a 2018 publication from Brill Research Perspectives in Diplomacy and Foreign Policy. Read the author's CPD Blog post about science diplomacy in France, Russia, China and the U.S.

Science diplomacy is becoming an important tool and mechanism which allows states to more effectively promote and secure their foreign policy agenda. Recognizing the role science plays on national and international levels, in addition to identifying the national diplomatic style, helps to construct a national style of science diplomacy and evaluate its potential for global governance in addressing global issues on a massive systematic scale. The study highlights how national style in science diplomacy affects the process of global competition and socialization.

British foreign policy’s main approach is perceived to maintain the global balance of powers, increase international influence and promote national interests. This approach is reflected in the UK’s science diplomacy, in which the country is a trendsetter. Restoring or strengthening relations when needed, and gaining influence with major and lesser powers, are components of British science diplomacy that constitute its national style.

British science and its capacity for providing professional expertise and ethical guidance, paired with a professional and wide diplomatic network taking the lead in maintaining global alliances and international organizations, are perceived to be strong components of British science diplomacy.

A History of Scientific Pragmatism and Ethics

British national style of science during the age of science (the 19th and early 20th centuries) has been viewed as a dichotomy between the autonomy of science and religious dogmatism. The interest in natural sciences reflected intellectual concerns about understanding how the world was “designed,” how the system works, and asking, “what is man’s place in it?” Pragmatism and practicality of British science were expanded by the possibilities that the British Empire provided.

Britain’s advanced maritime power led to numerous scientific voyages and helped to build an empire in which men of science were often in charge. The role of proper education, devotion to facts and practical knowledge became fundamental. Scientific voyages and imperial expansion of the 19th century allowed scientism (scientific ideology) to spread throughout Western Europe, the U.S., Russia and Japan.

The age of global science (the Cold and post-Cold War era) made science a global asset and changed perceptions about science from a position of certainty to one of complexity through sciences integration and international collaboration. The globalization of British science—its institutions, academies, laboratories and universities—progressed British foreign policy in two ways. First, the transparency, credibility and effectiveness of science have made it a dominant force in intellectual and practical life. Second, the British scientific community has acknowledged ethical concerns and a responsibility to use long-term scientific progress to ensure the wellbeing of humans and nature.

Professional diplomats saw the world as it was, not as it should be, finely balancing European continental equilibrium and protecting national interests globally. Since the foundation of the British Foreign Office in 1782, it became a leader in the evolution of the modern diplomatic system and in foreign policy formation. Traditionally, its “old” diplomacy built policies to maintain balances of power in regions vital to British interests, using hard power to underpin that policy.

Diplomatic corps and diplomatic service both have aristocratic characteristics. The former was appended to the domestic responsibilities, while the latter was primarily the representation of consular services abroad. Academic qualifications were essential to enter a diplomatic profession and for placing career diplomats in important embassies overseas, leading to relative homogeneity in the socioeconomic classes and educational backgrounds of professional diplomats. Serving the Foreign Office was perceived to be reserved for the most socially exclusive and prestigious. Even the physical space and architecture of the Foreign Office building and overseas embassies underline British diplomacy’s concern for representing power, prestige and influence through visually effective or impressive appearances.

Despite its reliance on “old” diplomacy, British diplomacy has also been responsive to technology and innovations. In the age of science, technology was effectively adopted by the Foreign Office, enabling it to reach and correspond with any embassy around the globe. The telegraph, printing press and cheap paper helped grow the material body of British diplomacy. The exponential rise of paper assemblages prompted bureaucratic evolution, making operations more efficient and guaranteeing a controlled information flow to foreign policymakers. As a result, the UK took a leadership role in forging geopolitical assemblages. This became exceptionally valuable in the emergence of alliances, long-standing institutional arrangements and multinational organizations in response to globalization in the 20th century.

A Trendsetter in Science Diplomacy

The UK’s vision for understanding and implementing science diplomacy is exceptional. Interdependency between scientific knowledge and foreign policy was one of the main reasons Britain was able to sustain its hegemony during the Victorian Era. Likewise, one could assume that science diplomacy of the 21st century is one of the instruments used to sustain Britain’s current position as a great power.

An official history of British science diplomacy was published in 2009 after an announcement on creation of a new role, chief scientific adviser to the UK Foreign Office, bringing science to international policymaking and diplomacy. Then-chief scientific advisers David C. Clary and his successor Robin W. Grimes have done a tremendous job of utilizing science as a tool in British diplomacy while using scientific evidence and networks to place scientific collaboration at the heart of key international relationships.

The effectiveness of British science diplomacy relies upon advancement of the sciences, a wide diplomatic network of embassies and consulates abroad, and the involvement of non-state actors, such as the British Council and the Royal Society, to take the lead in disseminating their activities through the network of British embassies.

The UK implements all dimensions of science diplomacy but classifies them depending on projects and countries involved: developed countries, (re)emerging scientific powers, and official development assistance (ODA) recipient countries, which I put special emphasis on.

The UK’s science diplomacy priorities with the ODA participating countries (those that are underdeveloped) revolve around their economic development challenges. The Foreign Office’s initiative, the Newton Fund, which launched in 2014, aims to invest in research, science and innovation partnerships, economic growth and welfare, and the promotion of British interests.

These objectives hold a great promise of shared vision and future responsibility as a foundation to elevate well-being and build productive long-term international relations. The partnership with poor countries aims to foster mutual respect, build trust and make commitments, relying on people-to-people exchanges. In this strategy, the UK embraces scientific and moral authority as well as the ethical responsibility of a wealthy and advanced power.

In brief, British science and its capacity for providing professional expertise and ethical guidance, paired with a professional and wide diplomatic network taking the lead in maintaining global alliances and international organizations, are perceived to be strong components of British science diplomacy. British national style of science diplomacy is structural and functional, and its approaches are characterized by embracing strategic initiative towards global governance by addressing global challenges on a long-term systematic level.