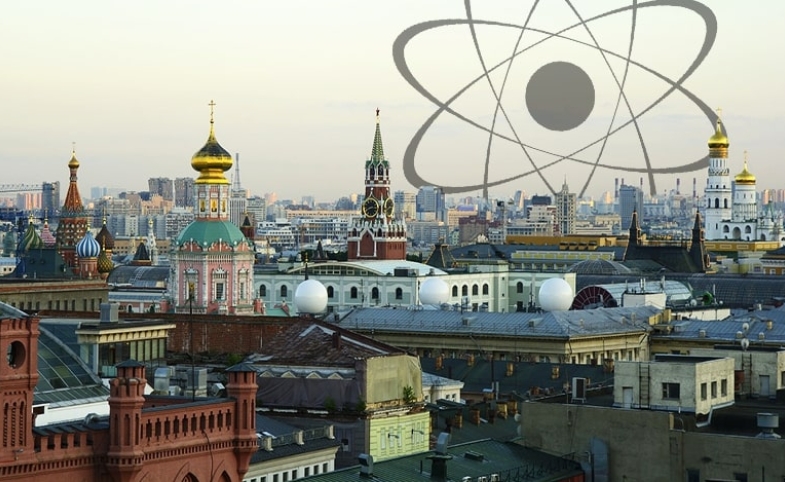 Note from the CPD Blog Manager: This essay was adapted by the author from her monograph, “National Styles in Science, Diplomacy, and Science Diplomacy: A Case Study of the P5 Countries,” a 2018 publication from Brill Research Perspectives in Diplomacy and Foreign Policy. Read the author's CPD Blog posts about science diplomacy in the UK, France, China and the U.S.

Russia lacks the ability to embrace modern science diplomacy on both the bilateral and multilateral levels, let alone to utilize science diplomacy for global governance purposes. Contemporary Russia is receptive to the science diplomacy initiatives of other major powers. Yet, Russia should be seen as a reliable partner to maintain its existing multinational scientific projects and international treaties. If Russia does one day move to embrace science diplomacy, the international community will be better able to understand and foresee the consequences of acknowledging Russia’s historical circumstances in which its national style in science and diplomacy was formed.

The Russian Century of Science

By the 19th century, while Russia had not yet become an obvious scientific adversary of Britain and France, its connections to the European scientific community were firmly in place. Science might have been a foreign import, but it was one that took exceptionally well to Russian soil. Russia’s substantial transformation in social institutions and scientific progress led to the phenomenon of the “Russian century” of science. The age of science and age of global science categories might not strictly apply to Russia but are embedded into the Russian century, which lasted from 1860 to the 1960s, when the country developed its own national science.

Russia’s diplomatic style is pragmatic, non-ideological, tailored solely to the defense and promotion of Russian state interests, and aims to avoid isolation and to preserve an international balance of power favorable to Russia’s interests.

Understanding the Russian century requires acknowledging the phenomenon of intelligentsia. The term intelligentsia refers to a heterogeneous and evolving social institution, a useful historical category when analyzing the role of the educated elite in Russia and the Soviet Union. The intelligentsia was an oppositional movement that criticized, guided and led the shaping of Russian culture, politics and society, ultimately bringing about Western-style then-liberalization of the country.

In the first part of the Russian century, Russian science progressed in the natural sciences, anthropology, ethnography and chemistry. A scientific pedagogy then grew on Russia’s home soil, giving rise to social sciences in the country. Prior to the development of space technologies, and driven not by the belief in the power of science and technology but by philosophical traditions associated with the mystical occult tradition, Cosmism emerged in Russia. Cosmism was deeply rooted in Russian culture and became an essential part of Russia’s space exploration and eventual leading position in mathematics and theoretical physics.

The ideological interference of the Cold War was disastrous for Soviet science. The pressure to conform with state ideology and the difficulty of innovating under close political control could be what caused Soviet science to eventually stagnate. The Soviet intelligentsia might have been a force for independent free thinking, but that was not enough on a nationwide scale. The Russian century in science was over before the end of the Cold War.

In contemporary Russia, scientific development has mostly declined, although it has remained stable in the theoretical sciences, nuclear and atomic technology. Russian scientists, however, alongside independent and free-thinking intellectuals, are still able to keep Russia on the track of a major power and make the country a valuable player in science diplomacy initiatives.

Much like their British and French counterparts, Russian diplomats were not supposed to formulate foreign policy strategy—that was the prerogative of the emperor or the ruling political regime. However, the perceptions and viewpoints of diplomats serving abroad were usually well received and considered in formulating foreign policy strategy. A feature of the diplomatic corps was its selection of refined and well-educated individuals, who were a reflection of Russian culture as a whole.

Right after the Bolshevik Revolution, the new leadership viewed diplomacy as a tool for spreading and promoting a Soviet model of the state and to connect Russia with other states and nations. The post-WWII period and the tensions of the Cold War demanded exceptional negotiations with former and new allies. Realpolitik compelled Soviet diplomacy to take into consideration the alignment of forces and to strive for a balance of power and a nuclear balance of fear.

The fall of the Soviet Union and the loss of prestige as a superpower did not change the direction of Russian foreign policy that has had to do with the territory of the former Soviet Union, which is seen as a privileged sphere of Russian influence. Following this strategy, Russia’s diplomatic style appears coercive and confident, with a hawkish Realist orientation.

Russia’s diplomatic style is pragmatic, non-ideological, tailored solely to the defense and promotion of Russian state interests, and aims to avoid isolation and to preserve an international balance of power favorable to Russia’s interests. This purely pragmatic realization is represented in “network diplomacy” rather than in public diplomacy. In Russia’s view, that can be achieved through building coalitions, face-to-face interactions and personal relations with top diplomats and state leaders. Russia’s network diplomacy also includes an information campaign to significantly shape international information influence while constructing an information climate preferable for Russia. However, the practices of cyber, informational and hybrid warfare that are in the use by some Russian embassies abroad create an atmosphere of distrust and suspicion.

Embracing the Potential of Science Diplomacy

Contemporary Russia recognizes the importance of science diplomacy but is lacking in the areas of implementation and relevant academic research. Russia’s practice of science diplomacy is inconsistent and has critical limitations. On the one hand, the effectiveness of traditional diplomacy and Russia’s significant previous scientific achievements contribute to the country’s national pride. On the other hand, the current stagnation or even decline in Russian science, the absence of competitive scientific achievements, poor financial support, a struggling national economy, and political constraints, all adversely affect Russia’s representation as a scientifically advanced country.

Another problem for Russia’s modern science diplomacy is the involvement of non-state actors in diplomacy and foreign policymaking, which runs against the grain of professional diplomacy. Russia’s well-established system of professional training in its foreign service has meant that its diplomats have broad spheres of competency and responsibility. This creates an obstacle for the implementation of science diplomacy. It is not because scientists are unable to advise or be part of traditional diplomacy, but because the participation of non-state actors requires transparency.

The openness and publicity of contemporary science diplomacy would present a challenge for Russia’s traditional secret diplomacy. Science diplomacy in modern Russia is rather obscured, but there is still considerable potential for things to improve.

South Korean—Russian space cooperation is an important landmark in the South Korean contemporary quest to become a global space power. The success of several joint space projects was possible due to cooperation with...