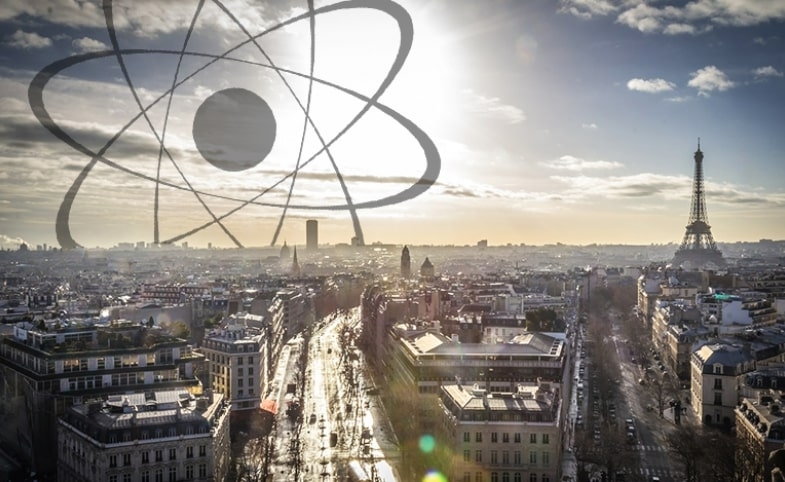 Note from the CPD Blog Manager: This essay was adapted by the author from her monograph, “National Styles in Science, Diplomacy, and Science Diplomacy: A Case Study of the P5 Countries,” a 2018 publication from Brill Research Perspectives in Diplomacy and Foreign Policy. Read the author's CPD Blog post about science diplomacy in the UK, Russia, China and the U.S.

Science diplomacy is becoming an important tool and mechanism which allows states to more effectively promote and secure their foreign policy agenda. Recognizing the role science plays on national and international levels, in addition to identifying the national diplomatic style, helps to construct a national style of science diplomacy and evaluate its potential for global governance in addressing global issues on a massive systematic scale. The study highlights how national style in science diplomacy affects the process of global competition and socialization.

The Inseparability of the French State and Science

Ideas of liberty that date back to the French Revolution and the French colonial empire impacted the formation of the country’s style in science. The history of French science is the story of statecraft as well as interactions between the state and science. This partnership was more associated with serving the state out of civic virtue and eventually made science a career comparable to any other state career.

The view of science as a profession prompted career scientists—"generalists”—to be equipped with encyclopedic knowledge and methodological training. However, they were often viewed as lacking practical knowledge and skills. France’s traditions of public debate and scientific expertise then distinguished a significant group of practical scientists, namely “specialists.” The distinction was not strict, but rather reflected different educational tracks for social and administrative purposes.

French diplomacy might be characterized as progressive while considering its scientific and cultural diplomacy initiatives. This diplomacy is a primary source of French international influence and guides the country as it addresses international policy issues and global problems.

During the age of science, France was unable to turn scientific knowledge into state power to the extent Britain was able to. France suffered a decline in scientific progress during World War I and World War II and had to put much effort into reconstruction during the post-war period, forcing France to focus on shrinking its technological gap in military and nuclear fields. The Fifth Republic has renewed the relationship between science and state in an official French science policy, which dates back to the beginning of the Charles de Gaulle presidency. De Gaulle saw research and innovation as key to securing France a place on the world stage.

State guardianship and the dominance of the “mandarinate”—a hierarchy that concentrates funds and vests power in a relatively small number of laboratories and institutes—led French bureaucracy to grow and put the sciences in a competitive disadvantage, yet made the country’s science agenda part of continuous state-initiated reforms, a critical aspect of French statecraft and long-term diplomatic strategy.

“Movement” Diplomacy and Diplomacy of “Cohabitation”

Distinct elements of French national diplomatic style reflect France’s historical and contemporary attempts to map out areas of interests as well as its own place on the European continent and beyond. French diplomacy became a “movement diplomacy” of bold initiatives and strong moves, and a rational “cohabitation diplomacy” showcasing France’s enthusiasm for European integration.

Like the British, French diplomacy is the implementation of its foreign policy strategy. It is traditionally represented in consular diplomacy as serving national residents abroad and maintaining interests of commercial intermediation. Aristocratic from the beginning, the French diplomatic corps remain a carrier of French culture and social norms to be represented and promoted in foreign countries.

Since the 19th century, there has been a strong relationship between political and cultural activities. The sciences, the arts and literature were prerequisites to diplomatic relations and facilitated diplomatic negotiations. Similar to career scientists, the professionalization of French career diplomats was based on social and intellectual criteria. Social relations, as well as belonging to transnational, familial, academic and cultural networks, were bound to have influence in business, persuasion and information circulation.

“Movement diplomacy” has been used as an instrument to compensate for the limits of French international influence strained by historical competition, first with Great Britain, then with the U.S. and the Soviet Union, and now by the U.S. and, perhaps, China. The spectrum of contemporary “movement diplomacy” mechanisms extends from finance as an instrument of diplomacy to forming secret alliances and providing technological assistance.

“Movement diplomacy” goes hand-in-hand with “cohabitation diplomacy,” a diplomacy that seeks agreements. French diplomacy has outlined its future priorities towards European integration and cooperation, and has given a special meaning to international organizations and the role of diplomacy. Being part of the EU imposes another kind of dilemma: France might struggle to find a balance between its own foreign policy objectives and European objectives. Maintaining “cohabitation” requires skillful and savvy diplomacy to preserve French national interests within the European cohort.

French diplomacy might be characterized as progressive while considering its scientific and cultural diplomacy initiatives. This diplomacy is a primary source of French international influence and guides the country as it addresses international policy issues and global problems.

Strengthening partnerships with the Global South by making use of its cultural and educational reputation is another important component of France’s foreign policy. Two-thirds of French overseas offices are located in the Global South, a traditional region of influence.

Through scientific and cultural diplomacy, France demonstrates an impressive ability to generate soft power, which can fairly be called the “diplomacy of knowledge.” Promoting culture, linguistics, education and academic activities in accord with France’s long-term diplomatic strategy aligns with French foreign policy, not only in its pragmatic goal of building influence with the major emerging markets of the Global South, but also as a means of providing humanitarian assistance.

In sum, the role of French scientific and cultural diplomacy in building broad international influence, addressing global challenges and partaking in global governance is rather moderate, given the strained geopolitical circumstances and the transition towards a multipolar system. However, France’s role as a regional stakeholder on the European continent is solid and is likely to continue. At the same time, France’s traditional influence in the Global South will also be deepened as the country works to capitalize on these emerging markets.