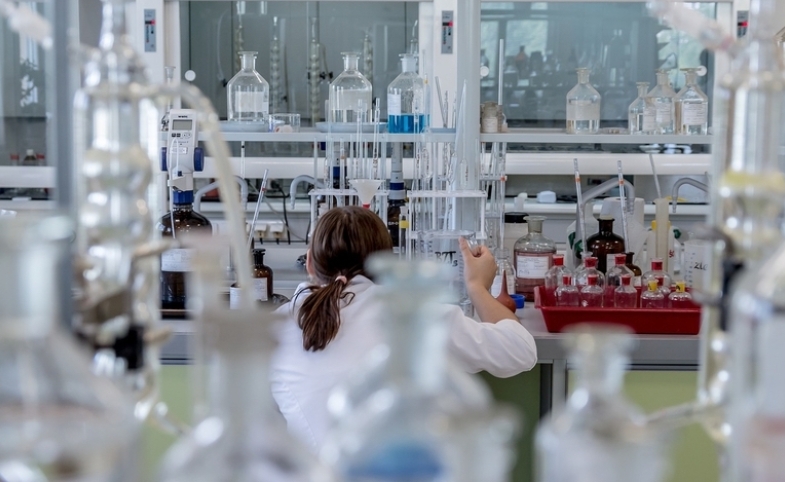 Branching out from public diplomacy, science diplomacy appears as an elegant and sophisticated knowledge-based and creative tool in inter-state diplomatic interactions. Science diplomacy might also positively influence nation branding when it is needed or required. This aspect of science diplomacy is worth being noted and developed.

The core element of diplomatic interactions between nations relies upon their historical and contemporary background. This background, which forms their nation brand, predetermines a country’s existing actions in the realm of science diplomacy. “Nation branding” and “nation brand” are closely related definitions, yet they should be distinguished from one another and not confused. Nation brand exists and is formed historically, culturally and traditionally by the nature of information generated about a nation, while nation branding is meant to reform, repair, enhance or remake an existing country’s image to make it more attractive and competitive. Science diplomacy has the potential to improve nation branding.

Even though it is hard to accept, Russia demonstrates its future-oriented and trustworthy policy toward global scientific cooperation.

In the case of Russia, its nation brand traditionally admires classical Russian culture, literature, ballet and music, while its nation branding appears averse to the Cold War historical narrative and Russia’s present-day active foreign policy approaches, as well as accusations of cybersecurity violations and distribution of digital media misinformation. Despite these controversies, according to the country’s Foreign Policy Concept, Russia attempts to positively impact its image and nation branding by implementing science diplomacy approaches through greater involvement of academics and experts in dialogue with foreign specialists in various fields.

The Historical Nexus of Science and Diplomacy

Great Britain’s science diplomacy may be taken as an example of dialogue that serves political agendas in both countries. There might be a chance that the influential Brexit decision influenced Britain’s choice to strengthen relations with Russia. For Russia, reinforcing friendship with Britain shows the long-run advantages of science-based policy. It is also more likely that science diplomacy between Britain and Russia aims to normalize the inter-state political climate. The chosen addition of science diplomacy to the foreign policy of both countries is not spontaneous.

Britain and Russia are not random companions but old partners in the nexus of science and diplomacy. The Anglo-Russian friendship has deep historical roots. Starting with Edmond Halley of the English Observatory, who advised Peter the Great on science and the Russian fleet in 1698, to the School of Slavonic Studies organized by King’s College London in 1915 and the “Russian Season” at the University of Cambridge in 1916 in the midst of World War I, these early experiences may be considered practices of science diplomacy. The School of Slavonic Studies, which is currently functioning within the University College London, maintained great connections at the highest diplomatic level and constant scholarly support from the Imperial Academy of Sciences in Saint Petersburg. In its term, the “Russian Season” at Cambridge intended to reassure ally commitments between Britain and Russia toward the war effort when tensions were critical and the political climate urged normalization. The series of meetings between academics and diplomats and between writers and journalists on both sides promoted the Anglo-Russian friendship, and four Russian professors were awarded honorary degrees of honoris causa at Cambridge.

Even though the joint arrangements of academics and diplomats in 1915-1916 were successful in terms of improving the image of both countries in each other’s eyes, the Bolshevik revolution of 1917 and Russia’s withdrawal from the war changed the course of Russian history dramatically. Nonetheless, these early experiences are now recalled as a solid background for the new round of science diplomacy interactions.

Prior to identifying current science diplomacy, it should be noted that massive cultural communications between Britain and Russia took place in recent years, confirmed by the UK-Russia Year of Culture 2014, the Year of Language and Literature 2016, and finally the UK-Russia Year of Science and Education 2017. The current Year of Science and Education is led by influential official institutions and organizations such as the Royal Society, the British Council and the British Embassy in Russia on one side, and the Russian Ministry of Education and Science, the Russian Foundation for Basic Research and the Russian Embassy in Britain on the other side.

A landmark of the Year of Science and Education was a roundtable discussion titled, “Contemporary Science Diplomacy: The Experience of Russia and Britain” in Moscow’s MGIMO (a top university that prepares diplomats and specialists in international relations) earlier in May. The status of the participants and the topics discussed at the roundtable showed the seriousness of both sides to develop bilateral relations on science-based policy. Senior academics, policy makers and high-ranking diplomats led the conversation revolving around particular actions to be taken and implemented via science diplomacy.

As it has been said, history helps find common ground and establish connections for contemporary negotiations of science diplomacy, which are undoubtedly future-oriented. Beyond official meetings and rhetoric, it is worth mentioning a special educational project targeting the young generation in Russia: the “British Scientists” project. The visible and assertive aim of this project is to introduce British science and scientists, both in the historical and modern perspective, to a Russian audience. An interactive website devoted to the history of British science showcases recorded interviews with leading British scholars and academics of the University of Cambridge, University College London, King’s College London and Imperial College London. The interviews are quite popular among the Russian audience, since the speakers not only present their research but also engage the audience’s curiosity by embodying competitive academic explanation while exemplifying various practical implementations. The “British Scientists” project promotes British contemporary science, but it might have a long-lasting positive effect in shaping future science and education in Russia. Russian science and education, although well established, need to catch up with and follow modern requirements.

A Long Way to Go

Despite the controversies of its image on the international scene, Russia’s science diplomacy with Britain shows possibility and greater potential, including improving Russian nation branding. Utilizing digital tools in the nexus of science diplomacy, Russia intends to demonstrate that the universality of science, together with educational and academic interactions, goes beyond Russia’s political rhetoric and propaganda.

On a larger scale, science diplomacy might also help Russia diminish the feeling of insecurity and abate any ideological convictions, which will positively influence nation branding. Even though it is hard to accept, Russia demonstrates its future-oriented and trustworthy policy toward global scientific cooperation. It has a long way to go in overcoming massive obstacles that were created in past decades, yet science diplomacy with Great Britain is a convincing step in fostering friendship and improving nation branding through academic and diplomatic interactions.