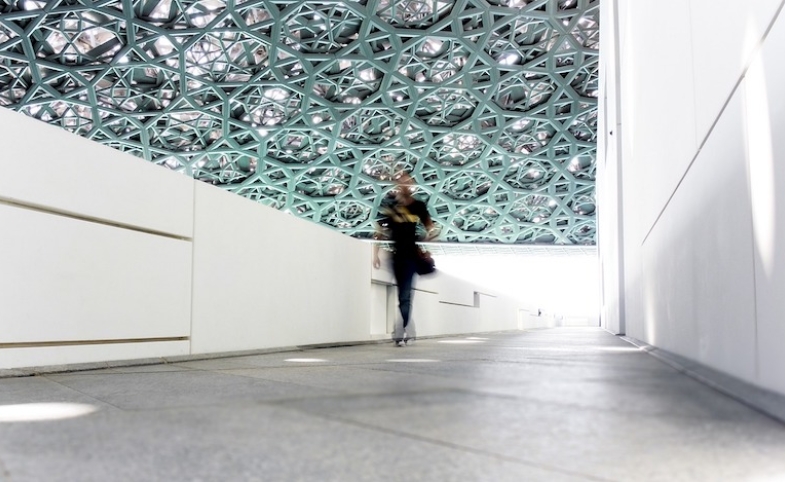 All over the world, a growing number of cities are deploying significant resources in order to stand out as places to visit, do business and invest. Annual international rankings of the world’s most attractive cities, such as the New York Times' 52 Places to Go, the Mori Memorial Foundation’s Global Power City Index and the Kearney Global Cities report, consistently show that selected cities offer a thriving cultural portfolio. From museums to festivals, from art galleries to creative industries, more and more municipalities are betting on culture to put their city on the global radar of tourists, companies and investors.

This trust in the transformative power of culture for cities draws on multiple studies, and in particular some very well-known books by leading experts such as Richard Florida and Charles Landry. Pundits often refer to the “Bilbao effect,” which implies that cities, including those in economic decline, can successfully redirect their development paths through investment in world-class cultural institutions. Inspired by the impact of the Guggenheim Museum on the Basque city that gave the effect its name, the French cities of Lens (population 30,000) in the former mining department of Pas-de-Calais, and Metz (population 117,000) in the Moselle department, opened a new Louvre Museum and Centre Pompidou, respectively.

A similar path has been chosen by rising global cities such as Abu Dhabi in the United Arab Emirates, whose local branch of the Louvre, designed by French architect Jean Nouvel, opened in November 2017. This museum is part of the ambitious Saadiyat Cultural District project, which will also comprises the Zayed National Museum designed by Norman Foster, the Guggenheim Abu Dhabi designed by Frank Gehry, the Maritime Museum designed by Tadao Ando, and the Performing Arts Center designed by the late Zaha Hadid. Alongside permanent cultural institutions, cities have been bidding to host major cultural events, including the World Expo (this year in Dubai), the World Design Capital (currently Lille, France), the European Capital of Culture (this year jointly Galway, Ireland and Rijeka, Croatia) and, starting this year, the African Capital of Culture, whose first instalment is currently taking place in Marrakech, Morocco.

From museums to festivals, from art galleries to creative industries, more and more municipalities are betting on culture to put their city on the global radar of tourists, companies and investors.

Nonetheless, the benefits of bold cultural strategies may come with some considerable costs attached. The impetus to attract and cater to international tourists can lead to the adoption of copy-paste solutions offering tourists a familiar experience, mixing national or local stereotypes with reassuring similarities, thus resulting in a threat to both the authenticity of the cultural offering and the quality of life of inhabitants.

Another challenge consists in building a sustainable legacy for one-time cultural events such as Expos, not least for their often costly buildings and infrastructure, which may turn into a burden for the municipality. Similarly, the worldwide, continuous increase in the number of festivals in all artistic fields—a trend known as “festivalization”—generates a growing need for strategies sustaining city's attractiveness in between such events.

Finally, it is worth mentioning the negative impact of the international competition between cities in this cultural domain, which can worsen inequalities inside and outside national borders. This dynamic can lead to wealthy cities reinforcing their economic dominance over poorer ones that are unable to invest in large-scale cultural branding strategies.

However, a growing volume of best practice shows the emergence of a new approach to cultural city branding whose externalities greatly benefit local communities of all sizes. Cultural actions are increasingly based on vertical local partnership inspired by the principle of co-creation and co-ownership between the municipality, civil society organizations, the private sector and inhabitants. By strengthening social bonds—a goal clearly worth pursuing in itself—such strategies allow for a dynamic, shared definition of a place’s cultural identity, and for branding strategies aligned with local strengths, challenges and aspirations.

A growing volume of best practice shows the emergence of a new approach to cultural city branding whose externalities greatly benefit local communities of all sizes.

For such reasons, the World Tourism Organization, a specialized agency of the United Nations, formally recognizes the role of cities as leaders in the promotion of sustainable cultural tourism, thus contributing to the 2030 Agenda on Sustainable Development.

Other international organizations have supported this approach as a way of strengthening horizontal, city-to-city cooperation. Since the creation of its Creative Cities Network in 2004, UNESCO has been inviting cities to build partnerships with local civil society organizations, and to involve them in multilateral activities with foreign cities. In a similar vein, the EU's Europe for Citizens program is supporting Part-Her, a partnership involving six mid-sized cities in different European countries building a common platform to allow their citizens to identify and promote what they consider local cultural heritage. On a smaller scale, cities with populations of up to 50,000 can apply to Cittaslow, a global city network inspired by the values of the Slow Food movement, supporting transnational cooperation in the implementation of inclusive local strategies combining protection and promotion of cultural traditions, respect for the environment, and quality of life.

Such a participatory approach also applies to making annual or once-off cultural events sustainable. Examples of best practice, such as Lille's 2004 stint as the European Capital of Culture, which reversed the city's economic decline, and Expo Milan 2015, which led the industrial city to become Italy’s number one tourism destination, were both based on the continuation of the event's momentum through an intense, year-long program of cultural activities. The agendas guiding these activities were set by close cooperation between the local municipality, the private sector and civil society, along with comprehensive international strategies based on the exchange of best practice, and on mutual promotion in conjunction with partner cities.

With such vertical and horizontal partnerships in place, and mutually reinforcing one another, the potential of culture to boost urban sustainable development on a global scale becomes clear. Moreover, by adopting such an approach, cities come closer to attaining their higher purpose, which was described by Giorgio La Pira—one of the pioneers of the field of city diplomacy, and later Mayor of Florence—as being “living books of human history and human civilization, intended for the spiritual and material edification of future generations.”

The Travel Magazine That Fits in Your Pocket

Tiny Atlas Quarterly is a unique travel magazine published exclusively online. Described as a “photography-led lifestyle travel brand and social community,” it tells the story of various cities around the...

Do cultural events transcend the scope of cultural diplomacy? Can they be used in destination branding? To learn how these questions pertain to Egypt, check out the article, "Events Tourism: A Potential to Build a Tourist...