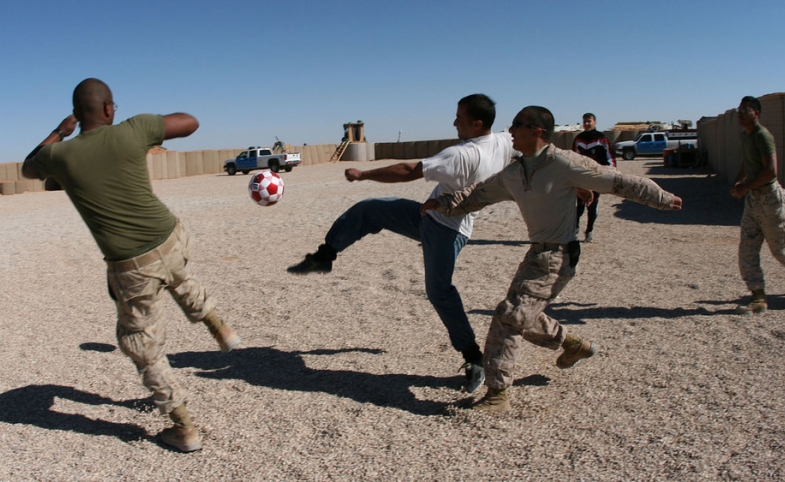 Part II of a two-part series looking at American public diplomacy in Iraq. The first part can be viewed here.

Previously I brought up reforms that would aid trust-building in Iraq, such as extending U.S. diplomats' tours of duty, venturing beyond embassy compounds and into the streets, and increased exchange diplomacy.

Symbolically powerful acts of outreach also help build trust. While I was in southern Iraq, we made a risky move, but one that paid great dividends in the end. Our Consul General paid a high-profile visit to a hospital where anti-Da’esh fighters wounded on the northern battlefields were being treated. The thing that made this visit so symbolically powerful was that most of these fighters were members of the Shia-dominated Popular Mobilization Forces (PMF), many of whom harbor antipathy toward the United States. There is a widespread perception that the U.S. is anti-PMF, which is simply not true. 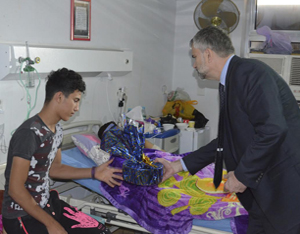 In crafting the visit and amplifying it through social and traditional media, we were careful that the Consul General did not meet fighters belonging to groups suspected of human rights abuses. Nevertheless, the visit carried others risks, such as inflaming the sentiments of more radical Shia groups.

In the end, the visit had a tremendous impact in terms of disrupting the dominant narrative, and probably changed the minds of some Iraqis who believed that the U.S. was anti-Shia, and therefore pro-Da’esh. Social and traditional media lit up with coverage and commentary, overwhelmingly positive. Iraqis I met praised the visit for months afterward. Many remarked that the Consul General showed more interest in ordinary people rather than simply Iraqi politicians.

Meaningful engagement...shows a different, non-military face of America, one that is interested and invested in the lives of ordinary Iraqis.

We built on this visit with other efforts at engagement that aimed to show interest in southern Iraqi culture and society. Our Consul General consistently “rooted” for the local soccer team. We invited Iraqi musicians to perform at the consulate. We visited cultural heritage sites, and showed support for Iraq’s bid for UNESCO recognition. We visited a farm. We talked with hardline Shia politicians. We built relationships in the process. The Public Affairs Section was central to these efforts, but it was thanks to the Consul General’s instincts and leadership, and a “whole of mission” approach, that they succeeded. We didn’t just talk the talk through messaging, but we “walked the talk” by listening to Iraqis and showing a sincere interest in their culture and concerns and simultaneously demonstrated that the U.S. is not only interested in security and counter-terrorism.

Incredibly, these simple gestures generated more goodwill than our attempts to highlight U.S. military successes against Da’esh, or past U.S. investments in projects in southern Iraq ranging from state-of-the-art hospitals to courthouses.

The lesson was clear. Consistent messaging through online platforms is important, but so is long-term trust building through meaningful engagement that shows a different, non-military face of America, one that is interested and invested in the lives of ordinary Iraqis. Iraq is a traditional place, and needs traditional public diplomacy. We are not going to win a media war with Iran, but we can accomplish a great deal in what Edward Murrow called “the last three feet.”