Home|Soccer Diplomacy at the FIFA World Cup: Cross-Cultural Relations Redefined on the Pitch 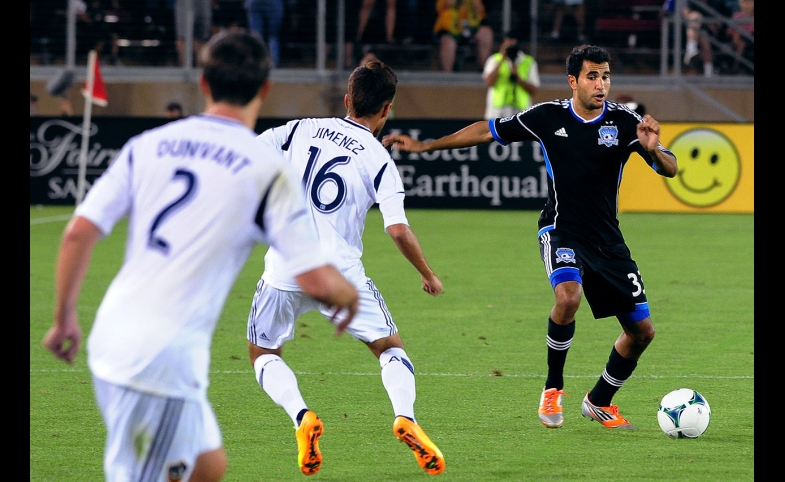 Soccer Diplomacy at the FIFA World Cup: Cross-Cultural Relations Redefined on the Pitch

Steven Beitashour had only ever been to Iran twice as a child when he boarded a plane to Tehran as a 26-year-old to play soccer. Last October, he formally joined the Iranian national soccer team in preparation for the country's fourth appearance on soccer's largest stage. In Brazil, Beitashour is currently a part of the 21-player roster representing Iran at the 2014 FIFA World Cup. He is the team's sole American player.

In turning to his parent's country of origin, Beitashour is hardly alone. In Brazil, the San Jose-born MLS defender is joined by Iran's Portuguese-American assistant coach Dan Gaspar who was born in South Glastonbury, Connecticut. Nine of Iran's 21 players are currently signed to clubs outside of Iran. The New York Times first drew national attention to Beitashour in a March profile. The narrative with Beitashour at its helm is driven, unremarkably, by ongoing political estrangement between Iran and the United States. The real story of Beitashour, however, is a tale barred by geopolitics.

The political narrative is compelling. Imperative, even. Yet, what is most fascinating about Beitashour’s story is less that he is an actor in a one-man show of soccer diplomacy. Rather, it is that he is a portrait of the hyphenated Iranian.

He is an Iranian-American – he is at once a product of the United States and cultural progeny of Iran. Backed by globalization, he is a picture of the multi-dimensional loyalist. He is a patriot of the country that made him and a compatriot of a heritage which raised him. He is at once an outsider and an insider, politically neutral and culturally empathetic.

Beitashour added another layer to his cultural complexities and multiple allegiances in January when he moved to Canada to play right back for the Whitecaps F.C. in Vancouver, British Columbia. This season, the defender has started in all ten games and has assisted two goals. At the World Cup, Beitashour has so far served as a substitute with a single game remaining in the opening round. A victory could earn Iran its first appearance in the second round of the championship. What's more, it could implore a meaningful dissection of a team understood only in fragmented pieces of the cultural whole.

Beitashour's story is hardly his alone. His identity is both complex and remarkably simple. Having returned to California earlier this year for a game against MLS' Chivas USA, the New York Times asked Beitashour a question begged by the traditional narrative. The Times asked, which country did he root for when the U.S. played Iran at the 1998 World Cup? At once, Beitashour said nothing and everything. He smiled and responded: “I was rooting for a good game.”

Yesterday President Obama came to American University to make his case for the Iran nuclear agreement. The White House specifically chose AU because it is where President John F. Kennedy’s delivered his famous 1963 “Peace...