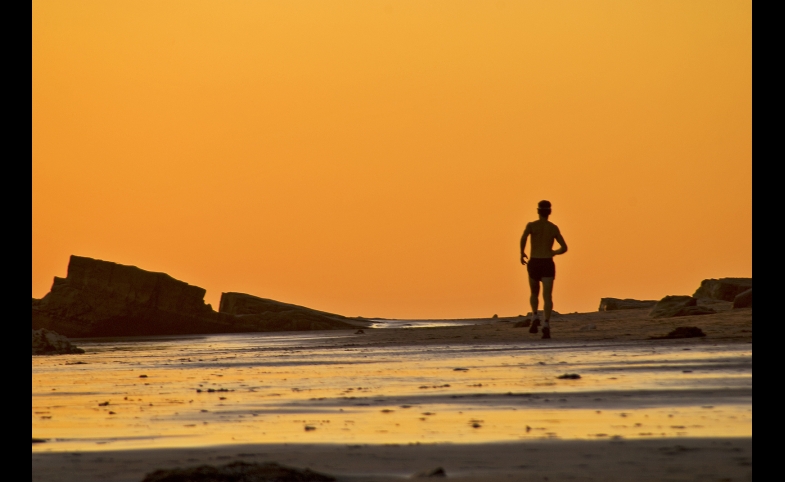 The Spirit of India Run

Pat Farmer is an acclaimed ultra long-distance endurance runner from Australia. Over the last two decades, he has undertaken a number of improbable feats, including a coast-to-coast run of the U.S., a run around the circumference of Australia, a run from the North Pole to the South Pole, and more. He was also twice MP for Western Sydney, and served as a junior minister in the John Howard government. He is also a motivational speaker, especially for young people.

Now 53, Pat is getting ready for a run across India, from Kanyakumari in the south to Kashmir in the north. His run will symbolically begin on January 26, coinciding with Australia Day and India’s Republic Day. Called the “Spirit of India Run,” Pat plans to cover 60-80 km each day and hopes to traverse some 4600 km in 66 days as he makes his way to Srinagar, the largest city in the Kashmir Valley. He will not take any breaks during this period and will run the equivalent of two marathons daily. He is collaborating with a leading charity to raise money for the education of young girls.

It has the unique potential to showcase India over a 66-day period through the medium of an acclaimed foreigner.

Pat will be accompanied by Anupam Sharma, a well-known Indian-Australian filmmaker, who hopes to produce a top-quality documentary at the end of the run. Sharma, in turn, is working with Delhi-based Springbox Films to co-produce the film. An accompanying journalist will blog, tweet, and post daily, and a leading Australian TV channel will provide live coverage of the event twice a week. Auto manufacturer Mahindra has agreed to provide support vehicles and accommodation at Club Mahindra resorts, India Tourism is helping with accommodation and logistics, Air India with air travel, Adani Group has provided sponsorship, and Google India may provide live tracking of the journey, as well as coverage of major historical and other sites as Pat makes his way along the west coast of India. Other ideas are being explored, including Pat wearing a Go Pro camera on his head to show India through his eyes, and a heart monitor that generates live data as his body undergoes this trial.

The Spirit of India run was formally launched at the Australian Parliament on December 2 by Foreign Minister Julie Bishop and Health and Sports minister Susan Ley. A December 7 press conference in Delhi introduced it to the Indian press. It has the unique potential to showcase India over a 66-day period through the medium of an acclaimed foreigner. Pat is more than ready to take detours that will allow him to pass through major touristic landmarks, including places of exceptional historical interest and natural beauty so that they can feature in his media coverage.

Starting in Kanyakumari, the coastal route will take Pat and his team via Kerala, Karnataka, Goa, Maharashtra, and Gujarat before moving inland to Rajasthan, Uttar Pradesh, and Delhi and then northward into Haryana, Punjab, and Jammu and Kashmir. A major reception is being planned for Pat once he returns to Sydney.