Home|Strengthening the Technology-Culture Nexus between ASEAN and South Korea 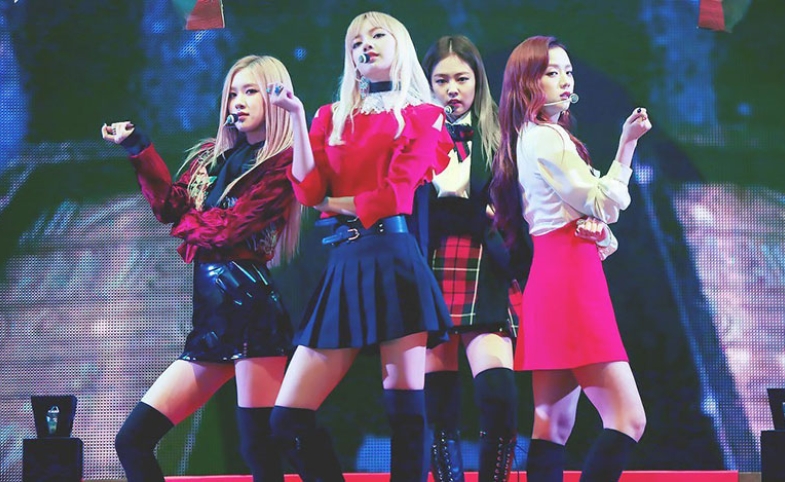 Strengthening the Technology-Culture Nexus between ASEAN and South Korea

On March 10, 2022, South Korea welcomed its new president, Yoon Suk-yeol from the incumbent President Moon Jae-in’s opposition party. A win from the conservative party by a very close margin of 0.8 percentage points showed divided voters and an increasing dissatisfaction toward Moon’s administration. In foreign policy issues, one could not but wonder and question whether ASEAN would remain the focus of South Korea’s foreign policy future trajectory.

Moon’s look-South strategy, formally known as the New Southern Policy (NSP), was introduced in 2017 when Seoul sought to expand its “focus from the trade-centered relations to exchange of technology, culture, art and people.” The NSP consists of three pillars: Prosperity, People and Peace. He put the emphasis on People, arguing for the creation of a people-centered community, which was welcome by ASEAN as it shares the people-centered spirit of ASEAN Community projects.

This essay argues that South Korea must continue its engagement with ASEAN. It is important to ensure the continuity and sustainability of this engagement in the future. One of the best ways to do so is by utilizing what Seoul is good at: its technology and culture.

The technology and cultural nexus has been Seoul’s greatest advantage in engaging with ASEAN. Its digital primacy has been acknowledged by the ASEAN public with admiration for rapid information and communications technology and 5G technology development. At the same time, Korean culture (Hallyu) penetration is running deep into ASEAN youth, increasing Seoul’s attractiveness and opening up economic opportunities.

The NSP at a Glance

Before the launch of the NSP, South Korea was preoccupied with the four major powers: the United States, China, Japan and Russia. The Policy sought to elevate its relationship with ASEAN and address its dynamics with the United States and China. Since its inception, it has been the most consistent foreign policy under the Moon administration.

Closer to the end of Moon’s term, the NSP showed remarkable achievements. The signing of the Regional Comprehensive Economic Partnership in 2020 confirmed the deepening of further economic cooperation and trade under the Prosperity pillar. For the People pillar, physical mobility and exchange were increasing steadily prior to COVID-19. Now, digital engagement initiatives have replaced offline platforms through the use of social media by South Korean institutions in disseminating Hallyu.

People-to-people ties between ASEAN and South Korea are firm. The potential of the People pillar is high in ASEAN amid the technology-culture nexus. With a total population of 655.9 million people in 2019, not only is the region is ranked third as the most populous sub-region, but it is also home to a massive youth population. Almost 60% of the ASEAN population is under 35 years old.

On the technological front, ASEAN saw a shift toward an information society, and the driver of these changes is the youth. ASEAN’s digital outlook is promising. ASEAN has 125,000 new internet users daily. The ASEAN-Korea Centre reports that up to 80% of the total population has access to individual use of the internet, and social media penetration goes deep, reaching up to 70% of the ASEAN population. Facebook, Twitter and Instagram are the top social media platforms that ASEAN youth engage with daily.

On the cultural front, nothing is more mesmerizing for ASEAN youth than their K-pop idols dancing and singing through digital platforms. Among major ASEAN members, Indonesia, Vietnam, Malaysia and Thailand see the increasing consumption and popularity of Hallyu. This Hallyu fascination does not stop solely at visual entertainment, but it has translated into obvious gains for Seoul. Hallyu creates material gains through exports.

Hallyu export revenue increased from $10 billion USD in 2018 to $12.3 billion USD in 2019. It opens the possibility to engage in the digital economy by tapping the combined power of e-commerce and small and medium enterprises. Hallyu boosts South Korea’s public diplomacy engagement by nurturing its cultural richness to attract favorable perception and support for Seoul’s foreign policy. It is in line with Korea’s first Public Diplomacy Master Plan (2017–2021) that depicts culture as one of the major public diplomacy components to create a vision of “a charming Korea that communicates with the people and the world.”

Noting the potential above, ASEAN remains an important partner for South Korea. To further benefit from this technology-culture nexus, South Korea must address several shortcomings in its engagements with ASEAN people.

Domestic conversation overshadows external engagements within digital diplomacy. South Korea’s digital communication policy toward ASEAN is non-uniform. Based on our Twitter observations, despite being the primary foreign policy toward ASEAN, digital conversations about the NSP are taking place mostly within South Korea. This refers not only to the limited utilization of national languages to engage local audiences employed by Korea’s in-country government representatives but also to the scant tweets mentioning #NSP that can be found within Korea’s official foreign ministry accounts in ASEAN countries.

The role of youth must be encouraged, and there is an increasing need to further disseminate ASEAN Wave into South Korea. ASEAN youth is the backbone of ASEAN-Korea's people-centered partnership. Their digital savviness is a potential resource for communicating beyond national boundaries and the most suitable dissemination channel for cultural exposure. However, there is a need to turn these cultural exchanges into two-way interactions, as mutual understanding can only be created when each one knows more about the other. A good example is the launch of the Good Hallyu Project in Thailand 2021 at Non Suwan Pittayakom School, the alma mater of Thai K-pop star Lisa (Lalisa Manobal) of the group Blackpink. The program is funded by the Korean Foundation for International Cultural Exchange under Korea’s Ministry of Culture, Sports and Tourism as well as YG Entertainment, a prominent Korean media company for which Blackpink works. It offers an opportunity for Thai youth talent who are interested in becoming K-pop dance stars to follow in her footsteps through training courses with professionals. Korea’s ambassador to Thailand and the director of the Korean Cultural Center in Bangkok presented at the opening ceremony. Like Blackpink’s sharing of Thai culture, Indonesian K-pop star Dita Karang’s membership in the group Secret Number also introduces Indonesian culture to South Korean’s youth through Karang's fan engagements.

South Korea should tap into increasing public-private partnership opportunities. As the fourth-most populous country in the world with half of its citizens made up of Gen Z and millennials, the country has acknowledged the importance of technology in diplomatic conduct. The “Jakarta Message” Action Plan emphasizes regional cooperation between governments, the private sector and residents in order to promote the use of digital technologies for diplomatic activities. This opportunity opens up the possibility of cross-actor collaboration, in which Seoul can bring its technological resources and primacy in strengthening the technology-culture nexus to engage ASEAN.

Despite the change in presidency within South Korea, ASEAN engagements must remain Seoul’s priority. Increasing people-to-people ties especially among youth can be achieved by tapping into the technology-cultural nexus. Increasing digitalization brings much potential. Learning from NSP engagement, South Korea must revitalize its state-level digital diplomacy. Additionally, engagement through the dissemination of Korean culture must employ cross collaboration on public-private partnerships, involving not only the state but also the business sector and society.