Home|The Transformational (Soft) Power of Museums: At Home and Abroad 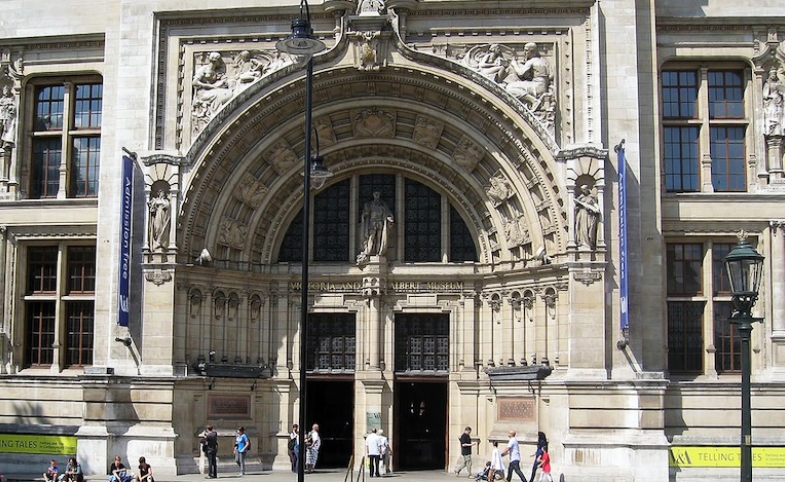 Twenty years ago, the landmark opening of Guggenheim Bilbao signaled a new role for cultural institutions in promoting urban regeneration. Today, museums lead place-making, civic exchange, tourism, economic development, learning programs and community development. New developments at the Victoria and Albert Museum (V&A)—the world’s leading museum of art, design and performance—certainly fit this pattern. Opening this September, V&A Dundee is part of the culture-led regeneration currently transforming the Scottish city. V&A East in Stratford’s Olympic Park is set to reach a new and different museum audience. Our DesignLab Nation initiative is supporting the teaching of the relaunched Design & Technology GCSE nationwide. And the V&A Museum of Childhood in Bethnal Green has the capacity to transform the life chances of some of Britain’s most disadvantaged children.

But with the opening of Louvre Abu Dhabi, the upcoming National Museum of Qatar and the Hong Kong Palace Museum in the West Kowloon Cultural District of Hong Kong, the museum has in recent years regained an important part of its earlier role: nation-building. When the French Republic established the Louvre in the 1790s, the painter and revolutionary enthusiast Jacques-Louis David described its purpose: “The museum must demonstrate the nation’s great riches…France must extend its glory through the ages and to all peoples: the national museum…will be the admiration of the universe.” Today, that mission has assumed a new urgency in a diplomatic landscape where cultural power—despite the kinetic ambitions of leaders in America, Russia, Turkey and elsewhere—matters more than ever.

This realization partly accounts for mainland China’s decision to undertake state-led cultural projects on such an ambitious scale. The country recently announced the building of an entirely new 988-acre city located just outside Beijing. Valley XL will be dedicated to the arts and include a museum, exhibition space, offices and performance venues. This is just one of thousands of purpose-built cultural towns across China, all with a keen hunger for intelligently curated content.

Yet whereas the great encyclopedic museums of the Enlightenment once stood as bastions of imperial prowess—demonstrations of “hard power” displaying plundered cultural riches as shows of state hegemony—today, that relationship is subtly shifting. It is the language of “soft power” that now suffuses the work around international museum partnerships. Established arts institutions, like the Louvre and Guggenheim, the V&A and Pompidou, are leveraging their cultural capital to support outward-focused global aspirations.

What I think this work reveals is a distinctly civic notion of art and culture, connecting people in ways that politics cannot. This is a viewpoint that has—in our modern times—divorced soft power from the state.

As is now well-established, soft power—the ability of both state and non-state actors to bring positive attraction to bear on international audiences—eschews many traditional foreign policy tools of coercion. Instead, soft power strategies seek to draw on more organic resources that make a country naturally attractive to the world. It is well accepted that the UK’s soft power assets—the accumulated strength of our museums, universities, arts and cultural organizations—are fundamental to the country’s global reputation. Even in the face of so much negative commentary surrounding Brexit, immigration policy and sluggish economic growth, the UK’s first place position in Portland’s 2018 global Soft Power 30 is testament to this.

This characteristic of soft power is what one King’s College London report has labeled as “standing out:” the ability for countries to differentiate themselves. The export phenomenon of the UK’s creative industries is a great example of this global magnetism.

Soft power’s huge political potential is now increasingly being harnessed by international powers to “stand out” on the world stage. From new investment in Institut Français to archaeology projects in Saudi Arabia to President Macron's plans for repatriating colonial artifacts to Africa, French cultural exertions were rewarded last year with the world’s top soft power ranking. Macron’s repeated rhetorical distancing of himself and his administration from the colonial past, as a diplomatic pathway for France to the Global South, will soon have to be underpinned by significant cultural activity. For cultural institutions don’t just exert soft power; they equally foster cultural diplomacy through international outreach, knowledge exchange and creative leadership.

The same King’s College report refers to this complementary trait as “reaching out.” The V&A crucially does both, and the extent of our international initiatives—at home and abroad—work to underpin this.

Our exhibitions have reached every continent worldwide. Over the past three years, the V&A’s touring exhibitions have been seen by around five million visitors in 40 countries. Two million people have now seen the 2013 V&A exhibition, David Bowie Is, after it travelled to 12 countries in five years. At a time when so much of Britain’s image abroad is shaped by the old, deep England of Downton Abbey and Windsor weddings, the sort of counter-narrative presented by the divergent, creative brilliance of Bowie offers an insight into a refreshingly different Britain.

And in December 2017, the V&A’s first international gallery opened at Design Society in the UNESCO-designated Design City of Shenzhen, southeast China, last year. This innovative partnership between the V&A and China Merchants Group—the first between one of the oldest and most influential companies in China and a public institution in the UK—has been premised around a mission of “international content, but with local relevance.” For a museum dedicated to exhibiting, interpreting and promoting design, it feels very natural to be in a city which is shaping design for one of the world’s largest industrial areas, the Pearl River Delta.

So whilst the V&A hopes to “stand out” as a globally renowned international brand, we also “reach out” to foster partnerships with international lenders, borrowers and citizens; build reciprocity and trust; and provide an innovative, and often revolutionary, sense of what contemporary British culture and identity can offer. Our international collections—across V&A sites and loan venues—are an important tool of everyday cultural diplomacy.

What I think this work reveals is a distinctly civic notion of art and culture, connecting people in ways that politics cannot. This is a viewpoint that has—in our modern times—divorced soft power from the state. The power of Hollywood or the reach of the BBC is sustained by their independence from Washington or Westminster. The global triumph of Hamilton the musical shows how the current incumbent of the Oval Office has not dimmed the allure of America. But the sheer might of France’s new ambitions abroad and China’s new culture cities is also revealing the need for much more strategic state support here in the UK.

As public funding for the arts continues to fall—and with the budgets of the BBC, British Council and Arts Council England all under pressure—it is going to prove a real challenge to retain our global influence. What is more, continued investment in the cultural vehicles that generate British soft power and foster cultural diplomacy will only become more vital as the Brexit process continues. Culture, debate and art are the keys to keeping Britain open to the world.

Soft power matters. Our national museums and cultural institutions are world leaders. But in an ever more mercantilist and zero-sum geopolitical world, we need to develop a new template for a mix of state-led ingenuity, vision and spirit of collaboration. That is what post-Brexit Britain, “Global Britain,” requires to keep punching above its weight on the global stage.

Note from the CPD Blog Manager: This piece, written by Tristram Hunt, originally appeared in the 2018 Soft Power 30 report.

Tristram Hunt is the Director of the Victoria and Albert Museum. He was a Labour Party MP for Stoke-on-Trent Central from 2010 to 2017, and Shadow Secretary of State for Education from 2013 to 2015.

For additional reading on museums and soft power, read this piece by Gail Lord, which originally appeared in the 2017 Soft Power 30 report.

Arguably, few phrases are as misused in international relations as "soft power." When he coined the term, Joseph Nye captured the important and (at the time) poorly studied phenomenon in international affairs of “getting...