Home|When Does Retweet = Endorsement? A Qualitative Analysis for Digital Diplomacy 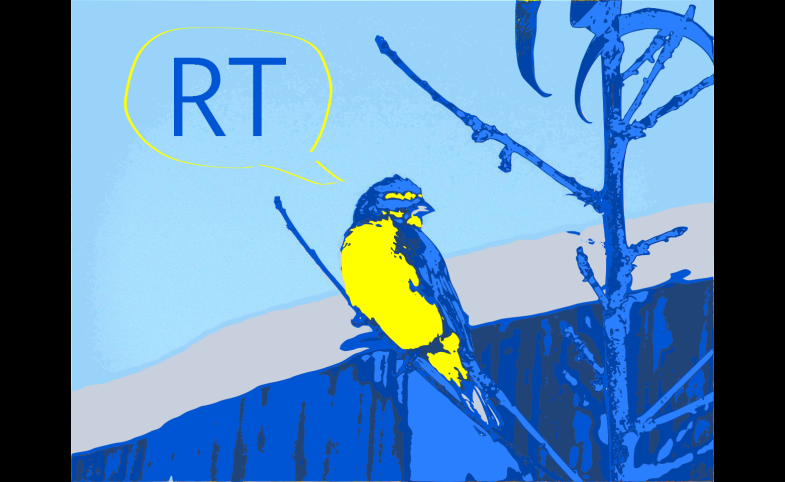 When Does Retweet = Endorsement? A Qualitative Analysis for Digital Diplomacy

Retweeting is arguably one of the most powerful tools that Twitter users have at their disposal to leverage social influence online and enhance message dissemination. Some social media experts go as far as to claim that social standing on Twitter is actually defined not by the number of followers that users have, but rather by the frequency of retweets (RT) of their posts. While the claim may slightly overstate the case (after all, one does need followers in order to be able to get RTs), the key point they are seeking to make is engagement: follower counts may reflect inactive or passive consumers of information, but retweets show people who are actually engaging with each other’s messages. Interestingly enough, the source of this engagement may be less intellectually sophisticated as one may hope or expect. Social media research has shown, for instance, that simple actions like adding a photo URL to your tweet can boost RTs by 35%.

It is this particular feature of RTs, the capacity to stimulate engagement, that recommends it as an appealing metric for assessing the impact of digital diplomacy. The more RTs, the broader the MFA’s engagement with its target audiences and hence the more effective the digital strategy. Unfortunately, the RT number tells us little about the quality of the engagement, e.g., how “deep” the engagement is with a particular diplomatic message. In other words, the RT number is a useful quantitative metric to see whether a message strikes a chord with the audience, but in the absence of qualitative metrics we simply do not know whether RTs signify tacit support or even disapproval of the message as customary statements of “RT ≠ endorsement” often seem to suggest. To address this limitation, I draw on Erving Goffman’s theory of symbolic interaction and frame analysis, and introduce two concepts, lamination and keying, as qualitative metrics of RT analysis of digital diplomacy.

It is this particular feature of RTs, the capacity to stimulate engagement, that recommends it as an appealing metric for assessing the impact of digital diplomacy.

According to Goffman, laminations represent "layers" of activity that subtly alter or transform a particular frame by which a social situation is being inter-subjectively interpreted (Goffman 1974: 82). For example, when a diplomatic summit is reported in the media, the original frame of what has being discussed is rarely reproduced ad-litteram. Most often it is altered and transformed through successive laminations generated by media reports, TV talks shows and online conversations. In a similar fashion, RTs potentially alter and transform through repeated laminations the message posted in the root tweet. By commenting on a RT, users add additional layers of meaning that can subtly refocus the original frame of interpretation of the root message, a process that may be exponentially expanded by subsequent RT comments.

The way that message lamination occurs is via keyings, which refer to codes of meaning by which the audience is being signalled preferred modes of interpretation of the original message. Down-keyings refer to processes of “acquiring reality” that is, of keeping laminations close to the source. By contrast, up-keyings signal a departure from “reality” through an increase in the lamination of the frame (Goffman 1974: 366). For example, by commenting on a RT, one could “spin” the meaning of message in a direction that departs from that of the original tweet (up-keying). By contrast, comments that reinforce the original message generate closely distanced laminations (down-keying). A cross-comparison matrix of the concepts of lamination and keying helps puts their interaction into perspective and in so doing, it reveals an interesting theory of RT analysis (see Table 1).

The combination of high number of laminations and up-keyings generates either hijacking or bandwagoning that is, a situation in which users seize the opportunity to attach their message to a popular tweet, with or without success in attracting attention to their message. As an example of bandwagoning, the tweet posted by the Commander of the International Space Station, @StationCDRKelly, on the eve of the COP21 Summit in Paris gathered 4418 RT, but the majority of them were off topic, with no clear message to emerge as an alternative lead. In contrast, Isis/Daesh reportedly sought to hijack popular sports hashtags, a strategy that was turned against them by anti-terrorist groups. At the other end of the spectrum, is the combination of low number of laminations and down-keyings which leads to apathy. Users are not particularly excited about the message, but they tacitly support it. This is arguably one of the most frequent occurrences on Twitter, as illustrated, for instance, by the case of the tweet posted by the EU HR @federicamog on development investment which gathered only 20 RTs, with no comments.

In between these two opposite poles, there is the dual situation of the low number of laminations and up-keyings which reflects trolling and high number of laminations and down-keyings, which favours endorsement. In the former case, users test the root tweet for possible traffic mobility, but their attempts fail to get much traction, a situation that often affects, for example, the postings of the U.S. State Secretary @JohnKerry. Endorsement, on the other hand, implies that users feel the root tweet has something important to say, a fact reflected by their willingness to disseminate it broadly and to comment on it in a way that reinforces its core message. The tweet of the British FCO Secretary, @PHammondMP, conveying condolences to @LaurentFabius for the horrific #ParisAttacks death toll is a good example of RT = endorsement.

To conclude, not all RTs are equally important. While the RT number is an useful quantitative metric for gauging the effectiveness of a digital strategy, it is the qualitative feature of RT comments that makes the difference by reinforcing the core message of the original tweet.