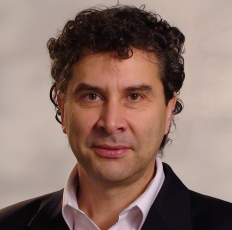 Corneliu Bjola is Associate Professor in Diplomatic Studies at the University of Oxford and Head of the Oxford Digital Diplomacy Research Group. He also serves as a Faculty Fellow at the USC Center on Public Diplomacy at the University of Southern California and as a Professorial Lecturer at the Diplomatic Academy of Vienna. He was a research fellow at the Woodrow Wilson International Center for Scholars and a Visiting Fellow at the Australian Defense Force Academy (2012) and China Foreign Affairs University (2016).

He has published on issues related to the impact of digital technology on the conduct of diplomacy with a recent focus on public diplomacy, international negotiations and methods for countering digital propaganda. He has conducted research and delivered training in three key areas of expertise:

He has served as a consultant or trainer for Ministries of Foreign Affairs and Diplomatic Academies in U.K., Germany, Spain, Israel, Lithuania, UAE, Armenia, Romania as well as for international organizations (UN Geneva, the Commonwealth, European External Action Service).

He is currently working on a new book project “Diplomacy in the Age of Artificial Intelligence” examining the potential transformative impact of AI in consular affairs, crisis communication, public diplomacy and international negotiations. He can be reached by Twitter at @cbjola.