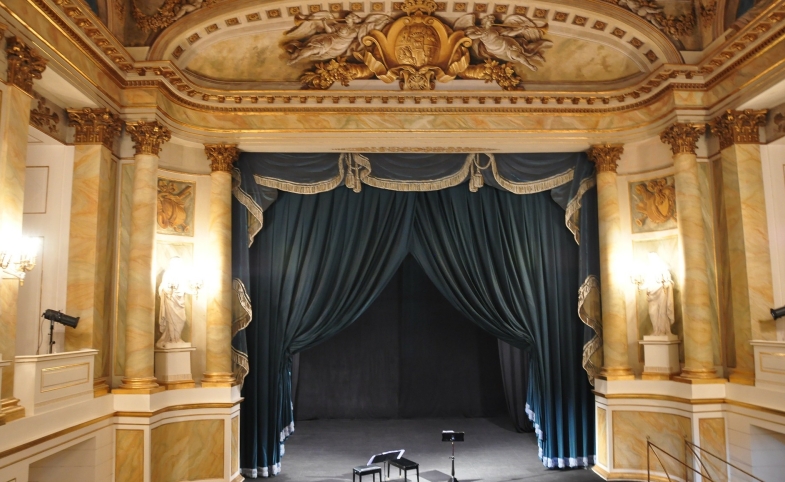 From musical performances, to photography shows, to sculpture exhibits, here are July's developments in cultural diplomacy.

5) Depression and Radicalisation: Images Reveal Plight of Displaced Male Refugees - The "Lost Men of Syria" exhibit gives visitors a glimpse into the lives of male refugees and the psychological impacts of living in refugee camps. The exhibit will be showcased at Saatchi Gallery in London from July 20 - August 9.

4) Qatar Museums Unveils Sculpture by London-Based Iraqi Artist Dia al-Azzawi - Iraqi artist Dia al-Azzawi unveiled his latest sculpture at MIA Park in Qatar. The London-based artist, who has been an exile from Iraq for almost three decades, takes a cross-cultural approach to his work, using both Middle Eastern and Western influences in his art.

3) For Syrian Actors, a Maddening Road to America - A group of actors and crew members traveled to New York City from Syria to stage the play, "While I Was Waiting," a true story about life in Syria, the effects of civil war, and humanity. The play ran from July 20-22.

2) A Dazzling Chinese Singer’s Riveting Song Cycle - Chinese vocalist Gong Linna, in collaboration with musical ensemble Bang on a Can, engaged audiences with their unique sound at the Gerald W. Lynch Theater at John Jay College in New York City. The music, sung in both Chinese and English, combined folk, pop and avant-garde styles.

1) International African American Museum Launches New Center to Trace Black Family Genealogy - The IAMM, which will be built in Charleston, South Carolina by 2020, has launched its Center for Family History. Currently, the online collection includes featured articles, a blog, a video gallery and an archive of historical records where users can search marriage records and funeral programs to track genealogy.

Everybody Comes From Away: Art, Politics, and 9/11

On November 14, 2018, CPD partnered with Center Theatre Group to present a special program exploring the intersection of public diplomacy and the performing arts. Discussion focused on the acclaimed musical Come From...

How can technology play a role in bringing the arts to foreign publics? Juilliard, the performing arts conservatory, has introduced an app called Open Studios. The app, which is offered in both English and Chinese, allows...