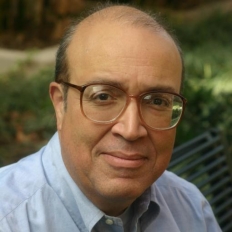 Adam Clayton Powell III is President of the Public Diplomacy Council and Director of the USC Center on Communication Leadership and Policy's Washington Programs and a CPD Faculty Fellow. Powell is based in Washington, D.C., coordinating USC research projects with government agencies on topics ranging from cell phones as platforms for public service - education, health care and public safety - to cultural diplomacy. In addition, he co-hosts a monthly USC public diplomacy Washington, D.C., lunch forum on the first Monday of each month; click here for more details.

Before his move to Washington in 2010, he served as USC's Vice Provost for globalization, where he worked with faculty and deans to advance USC’s globalization initiative by expanding the university’s international presence, increasing USC’s leadership role in the Association of Pacific Rim Universities and promoting the university throughout the world.

Powell previously served as director of the USC Integrated Media Systems Center, the National Science Foundation’s Research Center for multimedia research. He is a University Fellow at the USC Center on Public Diplomacy, housed in the USC Annenberg School for Communication and Journalism.

Prior to joining USC in 2003, Powell was general manager of Howard University’s WHUT-TV, the first African American-owned public television station in the United States. Before 2001, he served as vice president/technology and programs for the Freedom Forum. During 15 years with the Freedom Forum, he developed and oversaw digital and new-media conferences and training programs for journalists, media managers, educators, policymakers and researchers in Africa, Asia, Europe, Latin America and the United States.

Powell also has served as an executive producer at Quincy Jones Entertainment, vice president for news and information programming at National Public Radio, and manager of network radio and television news for CBS News. As a consultant, he has worked on projects in South Africa for the Ford Foundation, and in Lagos, Nigeria, for the Nigerian Television Authority. He also helped create the annual Highway Africa conference in South Africa, which has become the largest communications and digital-media conference on the African continent.

Powell has written extensively about technology, media and international issues for publications ranging from The New York Times and Wired to USC’s Online Journalism Review. He has won numerous awards, including the 1999 World Technology Award for Media and Journalism, sponsored by The Economist, and the Overseas Press Club Award for international reporting for a series of broadcasts he produced on Iran.