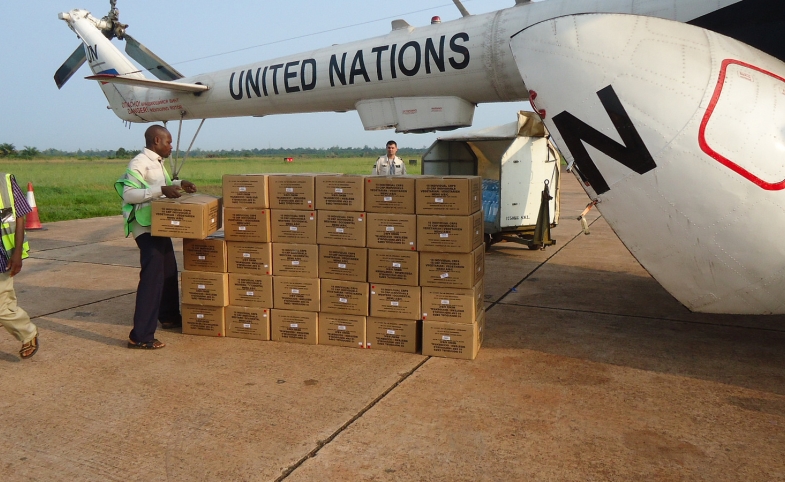 “We have one of the best brands in the world,” said U.N. Under Secretary Cristina Gallach in a briefing at the USC Washington D.C. Center last week.

“It tells a lot of different things to different people,” she explained. “If you are in the country with our peacekeepers, you know what they are doing for you. If you are in a country that is a major contributor to [solving] problems, lot of countries in Europe for example, they like the brand. So everybody finds not just something, but a lot in the brand.”

But cultivating such a prominent global brand requires effort:

“We have to be responsible for maintaining and nurturing the brands,” Gallach said. “In fact I made a presentation to the UN heads of agencies and programs, based on mobilizing their awareness of helping the brand. I think this is crucial.”

And keeping control of the U.N. brand can be a challenge, she added, since her office publishes in print, broadcast and social media, in six languages, across 63 regional offices, and serving agencies as diverse as UNICEF and U.N. peacekeepers.

“We have to work very, very hard on coordination,” she said. “The role of coordination is a critical one.”

Gallach convenes a regular meeting, supplemented by an annual gathering of communications specialists across the U.N.

“The UN Communication Group, with the directors of the communications of the different agencies of the program, needs to meet at least once a year,” she said. “We last met in Paris, [including] the chair of the group, the UN Population Fund, UNDP the development team, UN Human Rights, the World Food Program. We were about 40, or even more, people meeting there.”

...Keeping control of the U.N. brand can be a challenge, [Gallach] added, since her office publishes in print, broadcast and social media, in six languages, across 63 regional offices, and serving agencies as diverse as UNICEF and U.N. peacekeepers.

On one issue alone, climate change negotiations, Gallach noted her office must coordinate news reports with the UN Environment Program in Nairobi, UN climate-related offices in Bonn and Paris, and sometimes other agencies, including the World Bank and the International Monetary Fund.

During a crisis, this becomes even more challenging. As an example, she described responding to Ebola outbreak by convening a global “emergency communications task force” to assure more consistent messaging about U.N. relief efforts.

“With all the colleagues in charge of communications, with the World Health Program, the World Bank, Development, of course the office of the Secretary General, everybody had a daily 8:00 call on messages, where to hear the messages, how to respond the messages,” Gallach said. “You have to structure the communication. So that is a way to preserve the brand, and to communicate what is been done.”

She also noted the promise and difficulties of working with social media; more about that here.

Gallach made her remarks immediately following a ceremony marking the 70th anniversary to the day of the U.S. Senate ratifying the U.N. Charter at the National Archives, across the street from the USC Washington center.

We’ve got a problem. People in rich countries don’t believe that things have improved in the developing world — and this view is really hard to change. Even regular news consumers who in theory are in favor of foreign aid...