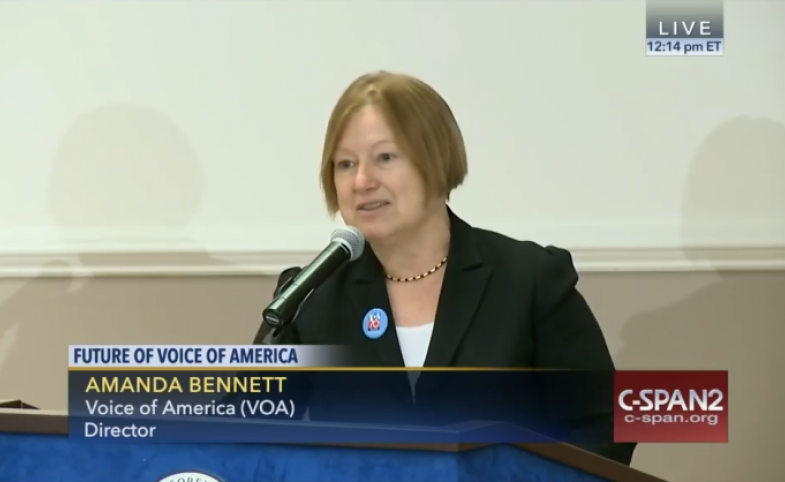 Amanda Bennett, the new Director of the Voice of America, was the featured speaker at this month’s CCLP lunch forum just two weeks after she was sworn in. She introduced herself by saying she was not a diplomat, but she practices public diplomacy.

“I’m all journalist and no diplomat,” said Bennett, but she added, “Great journalism is in fact great public diplomacy.”

Other areas she identified for expanded VOA attention include American education, women and medicine.

“People may fly to other countries to get their faces lifted, cheap treatments, medical tourism,” Bennett said, “but they come to the U.S. when they want to save their lives or the lives of their loved ones.”

“One of the most popular features of our Russian service is a video dictionary of American political terms,” she said, “little videos explaining, ‘What is a soccer mom?’ ‘What happens when you filibuster?’ ‘What does canvassing mean?’ And ‘how about the Bible Belt?’”

Live coverage of the event and Bennett’s remarks are available on demand at C-SPAN’s website.