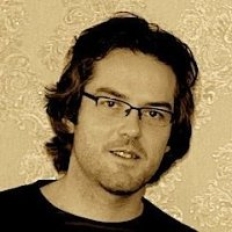 Nicholas Dynon is a Phd candidate in International Communication at Macquarie University, Sydney. His research explores the prospects for Chinese public diplomacy through an analysis of China Daily and People's Daily reportage of the 2008 Lhasa riots and Wenchuan earthquake in the critical period leading up to the Beijing Olympic Games. He is coordinator of the Line 21 Project, an online resource on Chinese state propaganda and public diplomacy.

Having previously worked for the Australian Government’s Department of Immigration and Citizenship, Nicholas has served diplomatic postings in Shanghai, Beijing and the Fiji Islands. Most recently he worked in Australia’s Parliament House as a departmental liaison officer to the Immigration Minister.

A graduate of the Australian National University (ANU) and the Royal Military College of Australia, he holds postgraduate degrees from the ANU and the University of Sydney. He writes for a number of publications on soft power, nation branding and internet governance, and his peer-reviewed research has appeared in The China Journal and Place Branding and Public Diplomacy.