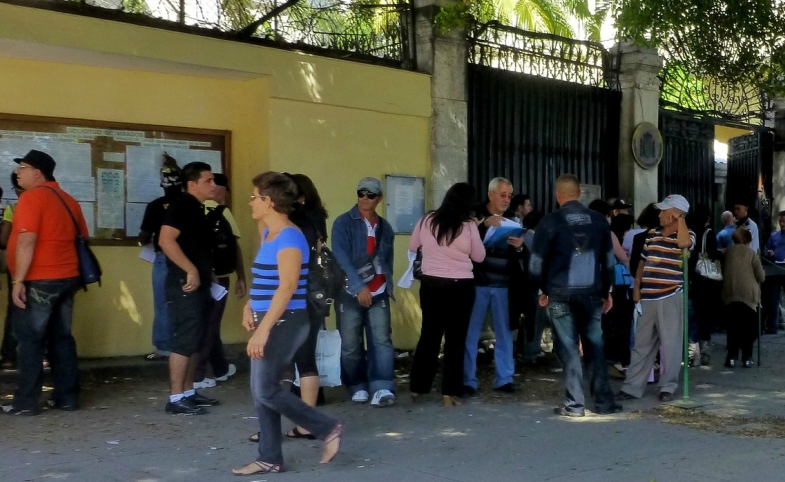 The Perils and Potential of Visa Diplomacy: An Immigration Practitioner’s Perspective (Part 1)

NOTE: This blog is part one of a multi-part series.

The literature on the relationship between public diplomacy and visas is as polarized as the effects that a nation’s visa policy can have on its image. Visa liberalization policies, such as the broadening of visa waiver programs, can often enhance a nation’s public diplomacy strategy. But this same strategy can be severely undermined by the security-driven imposition of visa red tape. In both cases, the literature closely mimics views expressed in online visa forums and in embassies’ visa section waiting rooms the world over: that entry to another country is regarded by travelers as a basic human right, and visa red tape a violation of that right.

Rubbing up against this, of course, is the sovereign right exercised by states to protect their territorial integrity by regulating their borders. Visa regimes - and their practitioners - are caught between the seemingly dichotomous objectives of facilitating bona fide travelers and migrants on the one hand and preventing non-bona fide movements of people on the other. In their attempts to reconcile these they tend to divide the world economically into the haves and the have-nots. It comes as no surprise that the Henley & Partners Visa Restrictions Index, which ranks countries according to the visa-free access their citizens enjoy to other countries, ranks Finland, Sweden and the U.K. at first, second, and third; while Pakistan, Somalia, Iraq, and Afghanistan languish at the bottom of the rankings.

Visa regimes provide the control mechanism through which governments filter the flow of persons across their borders. Responsibility for managing immigration tends to fall to enforcement-focused agencies, such as police, homeland security, and specialized border protection ministries. In the context of a diplomatic mission, visa processing is usually the purview of the unglamorous, overworked, and often unwelcoming embassy visa section.

Visa officers, therefore, sit within a regulatory framework and organizational culture that breathes enforcement. Balanced against the imperative of decision-making efficiency, a visa officer assesses visa applications against legislated criteria (to the extent such criteria are legislated), is informed by policy guidance, risk data, and other intelligence (to the extent that these exist), and utilizes a requisite degree of objectivity or reasonableness (to the extent that they possess it).

In the risk-based environment of visa decision-making, the professional performance of a visa officer - and indeed the performance of a visa program itself - tends to be measured in large part by the extent to which visa approvals do not result in adverse security or immigration outcomes. Decision-making is thus supported by assessment and verification processes involving layers of administrative complexity, which add time and effort to the application process. This is the ‘red tape’ that visa applicants despise.

But it’s not just the red tape for which visa regimes draw widespread criticism. Restrictions and refusals are a huge cause for complaint. Governments are also often criticized for the way in which they deal with those found without visa status within their borders. The U.S., for example, has struggled to find acceptable solutions to dealing with illegal Central American migrants, and Australia’s reputation has received periodic dents as a result of how its government manages the politically contentious issue of asylum seekers. Last month, the New Zealand immigration minister came under intense attack for failing to intervene in the case of a Fijian deportee who died in Fiji after his New Zealand visa expired while awaiting a kidney transplant in Auckland.

Such examples are sobering reminders that the raison d'être of immigration ministries and border agencies is far removed from public diplomacy. Despite this, does the border protection imperative necessarily have to run counter to states’ public diplomacy and reputation management efforts? What examples exist of visa diplomacy good news stories? What potential is there at state and practitioner levels to align visa regimes with efforts to project a positive national image to foreign publics?

This is the first post in a series of blogs exploring the connection between visas and public diplomacy. The series will be particularly focused on the ways in which sound immigration policy and practice can enhance national reputations.

The next post will consider the surprisingly amplified effect that cutting visa red tape has on foreign public perception. According to the Washington Post, for example, former U.S. Ambassador to China Gary Locke’s “greatest achievement may have been cutting waiting times for U.S. visas to three to five days, down from 70 to 100 days when he took over”. Who would have thought the bureaucratic minutiae of visa waiting times might feature so prominently in a list of ambassadorial achievements?

The Perils and Potential of Visa Diplomacy: The Importance of Waiting Times (Part 2)

NOTE: This blog is part two of a multi-part series. Part one can be found here. In January 2012, amid concerns that the U.S. was failing to capitalize on global tourism growth, President Obama issued an executive order...

Punish Putin by Opening the Door to Russia's Best and Brightest

Immigration policy was the first weapon used to punish Vladimir Putin and his cronies following their Crimean consumption. Travel sanctions were imposed and U.S. visas denied to a handful of Putin colleagues with the...