Home|Chinese Media and Disaster Response: a Work in Progress 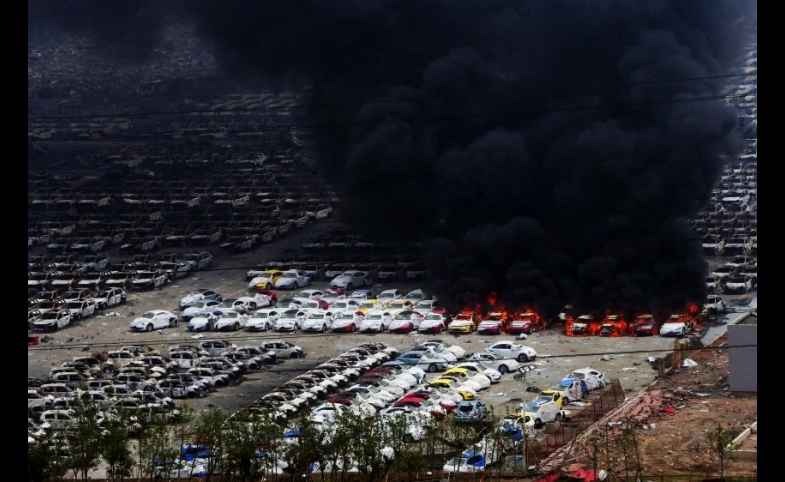 Chinese Media and Disaster Response: a Work in Progress

In the wake of the tragic explosions that recently shook the Chinese coastal city of Tianjin, Beijing’s flagship publication the People’s Daily published an online commentary last week titled “China Needs to Learn from the West to Work with Media in Crisis” – the loose translation of a commentary originally published in Chinese. The piece attempts to provide an explanation for the unscheduled halting of a press conference by authorities moments after a reporter questioned why the doomed toxic chemical facility responsible for the explosions that have so far killed 135 people was located so close to homes.

China’s “press spokesperson” system, only 12 years old, the commentary tells us, is still in its infancy: spokespersons have mixed levels of competence, and the handling of press releases during emergencies “needs to be improved.” But that’s where the navel gazing ends. Using 9/11 and Hurricane Katrina as examples, the piece proceeds to explain how the handling of breaking news by Western countries “is worth learning.”

Where Western countries seem to get it right, continues the commentary, is that their media tends to report a situation initially as direr than what it actually is, with subsequent reports presenting “better than expected” outcomes. Conversely, Chinese media, it suggests, “always want to play down the disaster, with the motivation to not arouse panic, whereas in fact, with the death toll rising, the public’s fear and tension will be inevitably upgraded.”

It’s an interesting yet disingenuous narrative. China is no stranger to tragic disasters – from earthquakes, to flooding, rail crashes to mass murders, food contaminations to influenza epidemics. In 2008 alone, China’s media responded to multiple disasters, including the catastrophic Sichuan earthquake, all while Beijing’s Olympic Games preparation faced a floodlight of international media scrutiny.

State news agency Xinhua had confirmed the occurrence of the Sichuan earthquake with the China Earthquake Administration just 20 minutes after the first tremors. China Central Television (CCTV) began live coverage of the disaster a mere ten minutes later. Only five hours after the earthquake had hit, premier Wen Jiabao had already arrived in the disaster area. The rapidity of the response prompted The New York Times at the time to report that “Beijing was better in handling the situation compared to what Washington did to deal with Hurricane Katrina in 2005” (a point not missed by a June, 2009 People’s Daily commentary).

...History shows that the country’s media is capable of more responsiveness and objectivity than what it was able to demonstrate a fortnight ago.

In the case of the Sichuan quake, clearly there was censorship, and clearly propaganda authorities sought to control the message and channel public opinion in particular directions. But censors also knew they stood little chance of stemming the initial news flow as journalists flocked to the quake zone from all directions. The relaxing of media restrictions by Beijing in the immediate aftermath of the quake resulted, according to The Los Angeles Times, in ”some of the most thorough and daring reporting China has seen in years”.

In the case of the Tianjin blasts, state attempts to exert control over the media response from the get-go resulted in excruciating delays. With local news media reportedly poised to provide live coverage, a lack of approvals resulted in a news blackout. In the meantime, filling the media vacuum were Chinese netizens who broke the news via social media.

Within days of the blasts, the Cyberspace Administration of China (CAC) reported that it had suspended or shut down over 360 social media accounts for spreading rumors in the wake of the blasts, but by that stage the credibility of state media reporting had already been undermined from within. News happens faster than it can be shaped and sanitized.

Although the overseers of China’s media are not known internationally for their transparency, history shows that the country’s media is capable of more responsiveness and objectivity than what it was able to demonstrate a fortnight ago. Rather than a hollow suggestion that they need to learn from the West in relation to crisis coverage, they would do well to consider learning from their own history.

Photo by Karl-Ludwig Poggemann / CC BY 2.0

A new book edited by Daya Kishan Thussu, Hugo de Burgh and Anbin Shi looks at the globalization of the Chinese media. The book China's Media Go Global features a collection of articles divided into...