Home|“Anti-Russian Propaganda in the UK”: The PR Wars

“Anti-Russian Propaganda in the UK”: The PR Wars

After the incoherent and neglectful public diplomacy efforts of the 2000s, Russia has enthusiastically embraced all things soft power. And now it just can't get enough of it. The latest initiative, reported by the pro-Kremlin daily Izvestia, is a UK-based Positive Russia fund. The non-profit organization, registered in London at the end of June, is tasked with improving Russia's image among the British public.

Vasily Shestakov, Vladimir Putin's sambo and judo partner of over 40 years, is at the helm of the Positive Russia. In 2000, the two co-authored Judo: History, Theory, Practice. Shestakov has been a State Duma MP since 2003, and the SAMBO International Federation president since 2010. In 2008, he was also featured in BBC Wales’ radio documentary Me, Putin & Judo, presented by the legendary Welsh judoka Neil Adams.

The initiative to establish Positive Russia, Shestakov insists, came from the British side: “From the Brits’ point of view, information about Russia has recently been one-sided. Yet, the British want to present information objectively, not through the prism of anti-Russian propaganda.”

The Brits are particularly yearning to present the information on Russia objectively, having originally suggested the idea to Shestakov, are Tim Lewin of the Russian Media Services and David Burnside – the former British Airways head of PR who is now running his own strategic communication consultancy firm New Century. According to Shestakov, the initiative has since been endorsed by the UK’s Prime Minister David Cameron and the Royal Family’s most famous Russophile Prince Michael of Kent, Queen Elizabeth’s cousin and grand-nephew of Russia’s last Emperor Nicholas II. 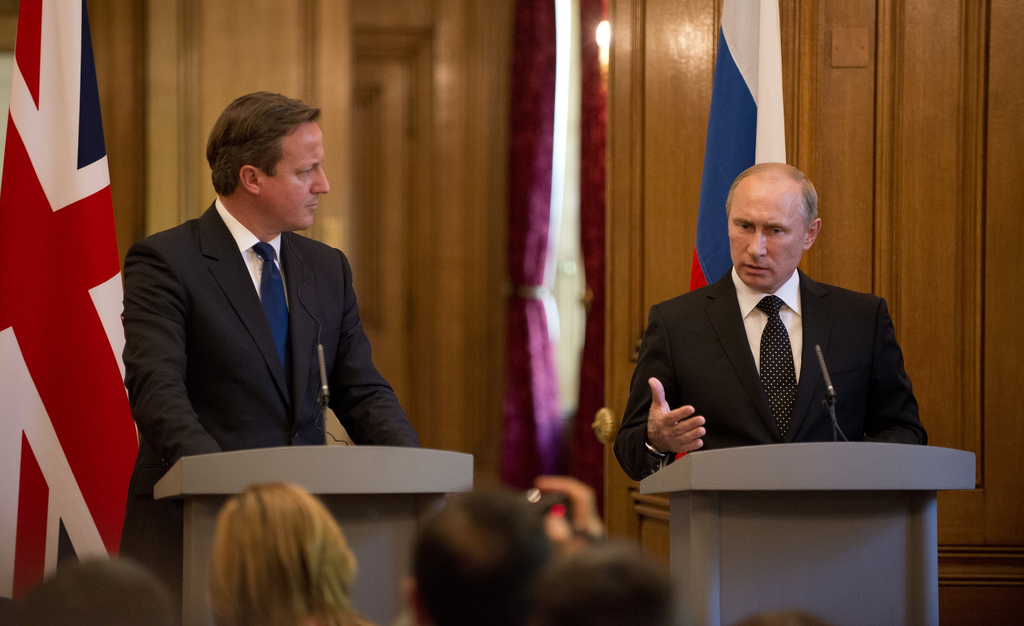 While not belittling the noble gentlemen’s altruistic concern over the “anti-Russian propaganda,” which is apparently rampant in the British media, one might venture to suspect that perhaps, at least to a degree, the PR consultants are also motivated by professional opportunities the undertaking presents.

Similarly, one of the services on offer from Mr. Burnsides’ New Century is the “support [of] governments and political organizations on increasing their international profile, whilst protecting and promoting their reputation on the global stage.”

Lewin and Burnside might just be in luck. These days, Russia is eagerly allocating astonishing amounts of money towards numerous mega events and other initiatives entrusted with improving the country’s international reputation. Among them, the $21.5 billion 2012 APEC Meeting in Vladivostok, the $4.5 billion Kazan University Games, the $50 billion Sochi 2014 Olympics (the most expensive in history), the upcoming football World Cup 2018, and the bid to host Expo 2020 in Yekaterinburg.

Additionally, for a number of years now, Russia has been sponsoring a wide network of media outlets targeting foreign audiences. Chief among them is the RT (formerly, Russia Today) television network, broadcasting in Arabic, English, and Spanish, and receiving over $355 million a year from the Kremlin. There are also dozens of state-sponsored print and online publications all over the world, the most recent launch being Russia Direct, an online supplement to The Foreign Policy magazine website.

The Positive Russia initiative is likely to face the challenge inherent to Russia’s contemporary public diplomacy: the all too evident dissonance between the country’s sleek communication, targeting international audiences, and the much less positive news stories frequently coming out of the country.

For example, on the ideology behind the Positive Russia, Shestakov explained that “Instead of emblematic surnames – Berezovsky, Khodorkovsky, Magnitsky, the 54 countries of the British Commonwealth would be able to gradually receive other meanings of the Russian Federation.”

However, while Positive Russia may end up spending millions of its client’s petrodollars on erasing Magnitsky’s name from the British public’s memory, London mayor, Boris Johnson’s, brutally frank comments on “Moscow’s greed and corruption” in the deceased lawyer’s “ludicrous ‘trial’” and the wide coverage of Magnitsky’s posthumous conviction (the first one in Russia’s modern history) are much more probable to shape the British public opinion.

Ultimately, the money spent on yet another public diplomacy initiative may well be going down the drain. Or, rather, into several consultants’ and politicians’ pockets.