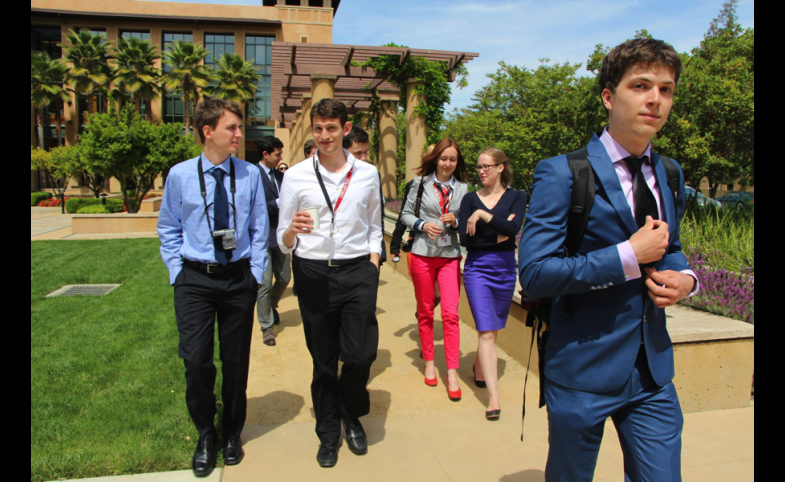 Over the months of the Ukrainian crisis, U.S.-Russia diplomatic relations have arguably plummeted to their lowest point since the Cold War. Stanford U.S.-Russia Forum (SURF), a grassroots student exchange program, is a rare bright spot in the presently bleak bilateral relations picture—and a globally promising model of educational exchange diplomacy. In late April, SURF completed its fifth academic year with a conference at Stanford University, bringing together nearly fifty American and Russian students. 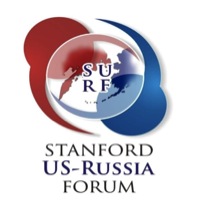 When political relations sour, humanitarian cooperation suffers, too. Desperate times call for creative measures. It was during the previous low in the U.S.-Russia relations, following the 2008 Russia-Georgia War, that several students from Stanford and Moscow State Institute of International Relations came together to launch SURF. After five years, over two hundred graduates, and dozens of most prominent guests (among them, President Medvedev, Secretary Condoleezza Rice, Russia’s Deputy Prime Minister Arkady Dvorkovich, Francis Fukuyama, and others), SURF has proven that its model not only works, but could also serve as a template for grassroots exchange diplomacy initiatives. 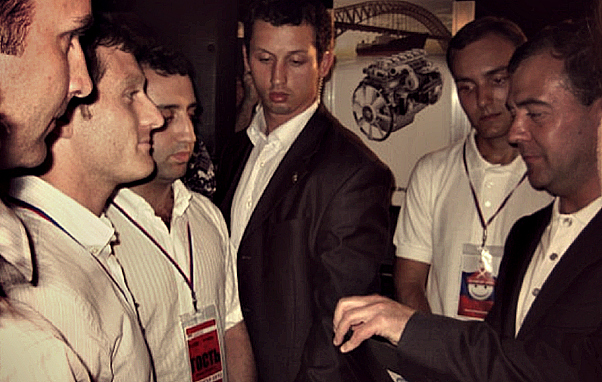 Application/Selection (Summer). SURF is an open-competition program: the online application form is available to anyone, with this year’s deadline falling on June 16th. After reviewing hundreds of applications and Skype interviewing dozens of semi-finalists, SURF administrators make the final selection of 20 American and 20 Russian delegates in mid- to late summer. Delegates come from top universities in both countries, representing an array of fields: business and economics, engineering and medicine, media and regional studies, politics and international relations, energy and security studies, and others.

Moscow Opening Conference (October). Four busy conference days (video) are filled with meetings, hosted by Moscow universities, with Russian academics, experts, and politicians to discuss the most relevant issues in U.S.-Russia relations. This year, Syria, cyber security, economic and financial cooperation, and international broadcasting were on the agenda. Delegates were also welcomed at the futuristic campuses of Skolkovo (Moscow School of Management) and Skoltech  (Institute of Science and Technology, run in collaboration with MIT).

Collaborative Research Project, or CRP (November-March). Early in the program, the cohort of 40 students is divided into ten groups of four—with two American and two Russian delegates in each group—based on the participants’ academic and professional background and interests. Each group is assigned an advisor, an expert on the group’s topic, who helps guide their work throughout the year. The groups are given a broad theme (e.g. Central Asia, Nuclear Security, Media Bias, etc.), which they are encouraged to narrow down to a very specific topic. Often working in four different time zones, group members are expected to come up with a collaborative research document by the end of March. 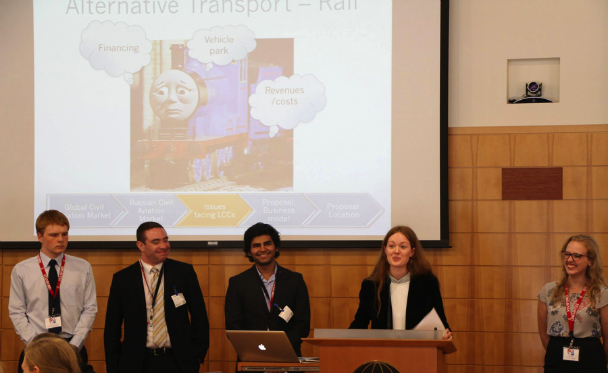 Stanford Capstone Conference (April). In addition to presenting their CRP findings and policy suggestions to the rest of the cohort, delegates get to hear American and Russian experts address the most pertinent issues in bilateral relations. This year, SURFers heard from Secretaries George Shultz and William Perry; from Michael McFaul, Ambassador to Russia (2011-2014) and currently one of the main commentators on the Ukrainian crisis; Kevin Rudd, Australian Prime Minister in 2007-2010 and 2013; Sergey Petrov, Russia’s Consul General in San Francisco, and other prominent speakers. 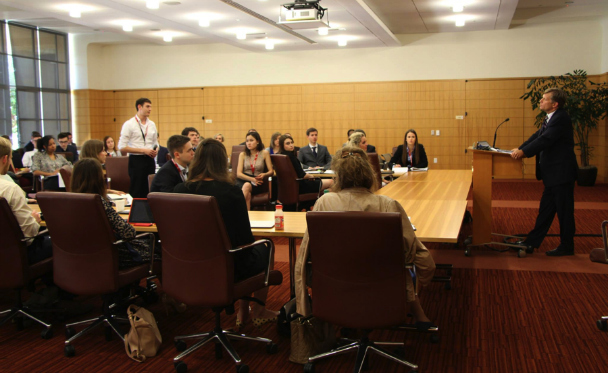 Michael McFaul taking a question from one of the delegates.

Importantly, drawing on decades of professional experience, every single speaker emphasized the significance and indispensability of continuous personal contact and dialogue between representatives of the two countries, commending SURF for contributing to the intellectual bridge between Russia and the United States. 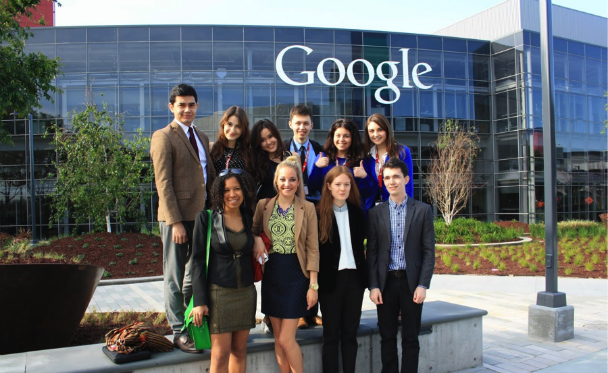 Like every year, the program ended with a day trip to Fort Ross—the southernmost point of Russia’s presence in North America, and both a historical and contemporary example of U.S.-Russia cooperation. 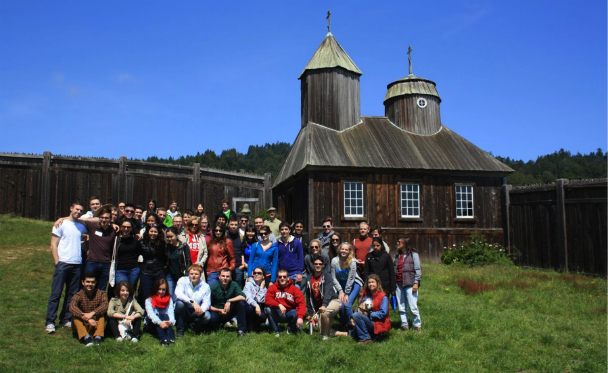 New Exchange Diplomacy?
Several features make SURF different from, and in some ways superior to, a typical state-run student exchange program. While grassroots exchanges are not meant to supplant governmental efforts, programs like SURF provide an interesting model that is fully replicable—and one that challenges state dominance over student exchange programs. Alternative programs help bring out, and bring together, alternative views, voices, and visions, which should be the goal of any intellectual exchange, intercultural or otherwise.

Institutional affiliation and/or partnership. Having “Stanford,” or other renowned institution, in the very name of the program helps draw top-level applicants, speakers, media publicity, and, very importantly, approach other high-profile organizations for support. In various years, SURF has partnered with the Renova Group, Carnegie Endowment, Russian government affiliate Gorchakov Public Diplomacy Fund, and Skolkovo, to name just a few. Students looking to launch initiatives similar to SURF could approach various universities, or other relevant institutions, for patronage.

Collaborative nature. In 2008, Geoffrey Gowan and Amelia Arsenault of USC proposed that collaboration—defined as “initiatives that feature cross-national participation in a joint venture or project with a clearly defined goal”—may in some cases be a more effective means of public diplomacy. CRP, which is at the core of SURF, fully embodies the authors’ vision. 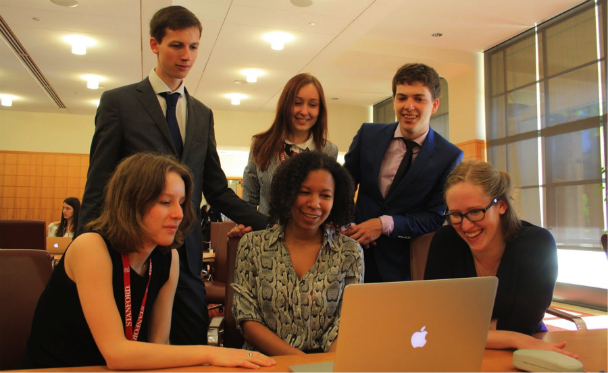 Operational flexibility. Founded and run by students, SURF is much more independent and flexible in its development. For example, if a new idea of improving the program is brought to the table, it can be implemented in a much more straightforward fashion, without the usual bureaucratic conservatism and constraints.

Additionally, there is no age or status barrier between the administration and the delegates, so internal communication is more efficient: for example, feedback—throughout the year and post-program—is likely to be more frank and reach the administration more quickly and directly.

Regional focus. SURF is not dependent on the geopolitical fads of the moment. Focusing specifically on U.S.-Russia relations, the program is not directly affected by the governments’ shift in regional priorities. For example, in recent years, the Department of State has reallocated much of its exchange diplomacy resources towards China and the Middle East—to the detriment of Russia.

Ideological independence.  State-run educational exchanges are sometimes viewed, and understandably so, as instruments of furthering a country’s agenda abroad: at best, they are conceptualized as soft power, at worst—as propaganda and indoctrination. By not being directly connected to either administration, SURF cannot be accused of promoting any one regime’s interests. Participants come from two countries, visiting both of them over the year, and get to hear American and Russian experts—who often, if not almost always, present opposing perspectives.

SURF’s motto is “Today’s Students—Tomorrow’s Leaders.” With only five years to the program’s history, this may still be closer to an inspired vision than a reality. However, given the outstanding community and reputation SURF has managed to build in merely five years, the world of exchange diplomacy could already learn and adopt a lot from this small initiative gone big.

All photos appear courtesy of the author