Home|“Thank You” ― Japanese Public Diplomacy After the Tsunami 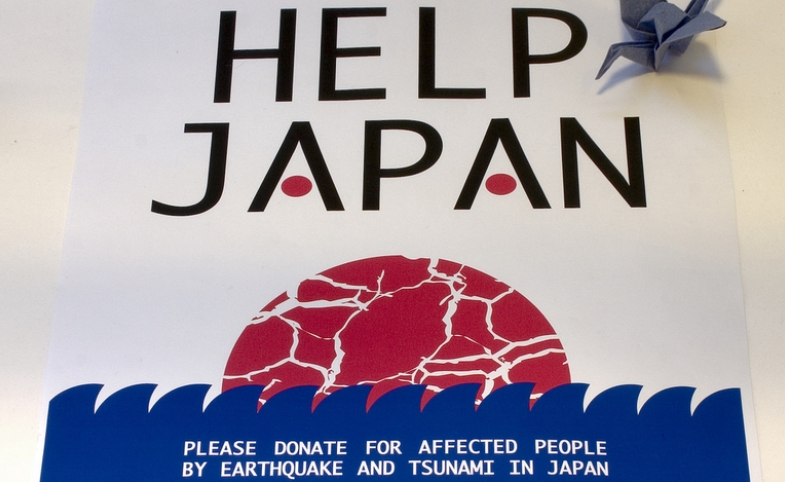 While Japan struggles to recover from the shocking devastation of the March 11, 2011 (3/11) earthquake and tsunami, Japanese public diplomacy also struggles to recover from the damage. Tourism campaigns, especially those with a focus of rehabilitating the image of the Japanese are critical, benefiting from support of non-Japanese artists. Exchange diplomacy after the disaster led to new exchange programs with several countries.

After 3/11, many people around the world, including celebrities, sent aid and words of encouragement to Japan. One of the biggest supporters, Lady Gaga, contributed both financially and in raising awareness. Within 48 hours of the earthquake, she collected about $250,000 in donations through her Japanese Tsunami Relief Wristband and, eventually raised $1,500,000. Her subsequent visit to Japan in June conveyed the message that post-3/11 Japan was a safe place to visit. The Japan Tourism Agency (JTA) gave a certificate of gratitude to American artists including Lady Gaga, for their help restoring luster to the tarnished image of Japan. The logo of a Japanese flag with the message “Pray for Japan” appeared everywhere on social media sites following the disaster.

Continuous interest and support in humanitarian relief generally helps a nation recover from disasters and crises. To this end, a short film called “The Tsunami and the Cherry Blossom,” nominated for the Best Short Documentary at the Academy Awards, plays an important role. As British documentary maker Lucy Walker said in an interview, the film helps “the rest of the world understand a bit better how Japanese people rose to this disaster.” The film depicts dramatic footage of the tsunami and aftermath, and survivors’ interviews juxtaposed with beautiful cherry blossoms, which are a symbol of “death and rebirth” and strengthen the Japanese spirit. As one Japanese man in the movie put it, "The plants are hanging in there, so us humans had better do it, too.” More importantly, the cherry blossoms in addition to the film itself, encourage Japanese people to overcome the hardship. 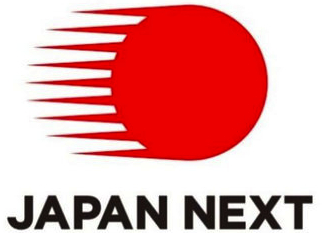 While soft power is helping Japan recover from this disaster, increased tourism is needed to boost the economy as well. In April 2011, foreign tourism to Japan fell 62.5% compared with visits in April 2010. Even six months after the disaster in August, there was a 31.9% decrease in foreign tourism compared with August 2010. In response to this, the JTA planned to offer 10,000 free flights to foreigners called “Fly to Japan! Project.” A number of media outlets covered the event. However, Japanese Finance of Ministry rejected this request, commenting that it was questionable that the project would increase foreign visitors and would probably serve as a budgetary handout to non-Japanese travelers. Therefore the request was not included in a governmental draft of the budget for FY 2012, which in Japan, begins in April. The Japanese edition of the Wall Street Journal reported the “Dream Over” of free flights to Japan for non-citizens. Although the “Fly to Japan! Project” was shelved; JTA is now attempting to tackle a decrease in tourism in a number of different ways. Predominantly, it has tried to address concerns about traveling to Japan post-3/11 through blogs and social networking services. In September 2011, the Creative Industries Promotion Office in the Japanese Ministry of Economy, Trade and Industry (METI) enhanced the “Cool Japan” nation-branding campaign by creating a new logo “Japan Next,” which presents the image of ‘national advancing’ rather than ‘national reverting’. This campaign is part of the government’s initiative to bring tourists back to Japan. 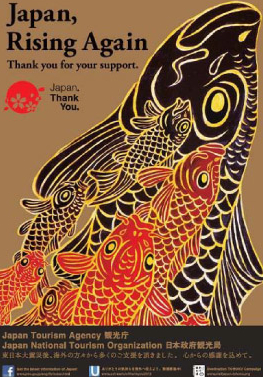 In terms of exchange diplomacy, countries such as Russia, Fiji, Croatia, and Poland have accepted exchange students from areas of devastation. On 3/11, the U.S. military began operation "Tomodachi" (which means friend in Japanese). It quickly became one of the largest, most well-organized, and immediate humanitarian relief efforts for a damaged area. The public-private partnership “Tomodachi Initiative” named after the operation, launched shortly after to “invest in the next generation of Japanese and Americans in ways that strengthen cultural and economic ties, and deepen the friendship between the United States and Japan over the long-term,” and support Japan's recovery from the disaster, providing educational/academic, sports, music, arts, entrepreneurship, and leadership programs.

Japan was indeed devastated by the earthquake and tsunami. However, Japan is gradually recovering thanks to the support of the international community. In parallel, Japanese public diplomacy has also been encouraged through tourism campaigns and exchange diplomacy with foreign aid. In order to convey its appreciation to its supporters from overseas, the JTA and Japan National Tourism Organization (JNTO) initiated a campaign called “Japan. Thank You.,” for its one year anniversary, from late February to April 2012. They commissioned a special logo and poster, which are now displayed in various parts of the world. For example, on March 1, 2012, “Japan week” started in New York, filling many of Times Square's large screens with the "Thank You" logos and the cherry blossom motif. In public diplomacy, communication is the basis for good relationship management. Thanking people from abroad for all of their support is a good start. As a Japanese native, I would like to join Japan by saying to everyone, “Thank You.”

Mieko Araki is a Master of Public Diplomacy candidate at USC. She received a B.A. and M.A. in human sciences studying immigration at Waseda University in Japan. She previously worked for the consulting firm Accenture. She held an internship at USA for UNHCR’s LA office and she will intern for UNICEF in Liberia in summer 2012.

Photo by Dominic Alves I CC BY 2.0