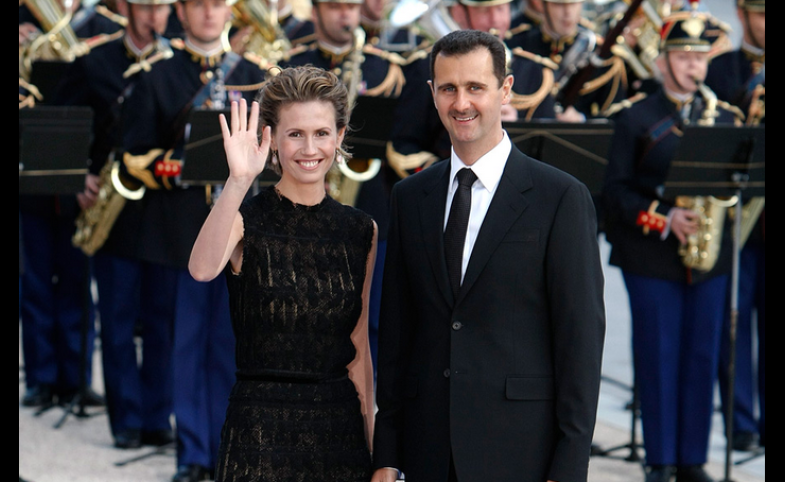 While most policy analysts are currently preoccupied with the crisis in the Ukraine, there remains the ongoing bloodbath in Syria, which to date has claimed 150,000 lives. It is now clear that Bashar al-Assad will not be removed from power in the foreseeable future; and over the long term he is likely to preside permanently over a rump Syrian state.

If this proves to be the case, will the Assad regime’s self-inflicted damage to its international reputation prove so great that Syria will be doomed to permanent isolation from the U.S. and the West? Could Assad, tarred in some quarters as “Butcher Bashar,” ever rehabilitate his blackened international image?

While the example of Francisco Franco’s dictatorship offers a ray of hope to Bashar al-Assad, it also warns what a long hard climb would lie ahead as well as the sophistication and adaptability that is required for a nation with a severely damaged reputation to have any chance of success in rehabilitating its image.

As I lay out in my new book, Franco Sells Spain to America: Hollywood, Tourism and Public Relations as Postwar Spanish Soft Power, Spain was an impoverished, inward-focused pariah state at the end of World War II. Indeed, both Franklin Roosevelt and Harry Truman loathed Francisco Franco. Spain, friendless and tarred over the regime’s intense dalliance with the Axis before and during the war, was on the verge of being expelled from the UN in 1946.

But two decades later, Spain, still firmly under Franco, was a valued American ally against the Soviet Union. The country had a dramatically rising European economy, a leading tourism destination for Americans and West Europeans, a center for Hollywood and other international film production, and was accepted by both the U.S. and most of Spain’s neighbors as a more-or-less “normal” state.

All of this happened in large part because Francisco Franco was determined to find his way back into the good graces of the U.S. Franco knew that being accepted by the United States was the key to ending Spain’s isolation and gaining a respectable place in the new international order.

Franco had no love of democracy; but he was remarkably attuned to the potential of culture, media, and PR to reach out directly to the U.S. at multiple levels. Franco reached out to political leaders, opinion makers, influential private citizens, as well as ordinary Americans in order to advance his agenda. From almost the moment the Axis powers surrendered, the regime began implementing a multi-faceted strategy to re-engage with the U.S., which expanded in scope and skill over time.

Generalissimo Franco gave interviews to American journalists talking up his desire for a U.S.-Spanish partnership. He had a registered lobbyist working full-time in Washington. He promoted large-scale U.S. tourism to Spain, with much success as the numbers of American visitors shot up from a few thousand in 1947 to well over 600,000 in 1967.

The Franco regime attracted American as well as other foreign film production in Spain, resulting in Spain becoming a major international film-making center. Some of the movies produced there, like the 1961 Hollywood epic El Cid, explicitly celebrated Spanish history, culture, and heroism. Virtually all of the films helped attract tourists and added greatly to Spain’s aura as a modern, glamorous country.

After some failed initial attempts to engage in propaganda that extolled Spain, Franco and his key advisors came to understand that if Spain’s truth was unpalatable. The solution was not to put lipstick on a pig, but to alter Spain’s truth and create new realities on the ground. Transformations brought new truths:

In sum, the Franco regime made substantive progress in creating legitimacy and mitigating Spain’s biggest reputation deficits. The country changed dramatically: the Spain of 1967 bore little resemblance to that of 1947 or 1957, in social, cultural, and even political terms. But Franco nonetheless remained in charge until he died in November 1975.

The Assad regime attempted an international reputation makeover in the first decade of the 21st century, seeking to portray Bashar al-Assad as a liberalizing, cosmopolitan reformer. For a while it seemed to be gaining traction.

But the core difference between Franco Spain’s reputation rebuilding program and Syria’s is that the Franco regime was willing and able to make major verifiable changes that could then be incorporated into outreach efforts. Syria was and is not. The lack of any real basis to the Assad regime’s claims about its modernization, increasing openness, and basic legitimacy to most Syrians became abundantly clear when protests erupted in the midst of the 2011 Arab Spring.

Because there was no truth to Syria’s PR efforts, the Assad regime had virtually no reputational capital to draw on in a crisis. When the regime began massacring peaceful protestors its international reputation went up in smoke. Even with concerted efforts like an intentionally placed article in the March 2011 issue of Vogue magazine, portraying, Syria’s First Lady, Asma as a comely, English-raised wife and liberal-minded “Rose in the Desert,” Syria’s PR efforts have failed.

Looking to the future, how can the Assad regime possibly recover its reputation from the litany over the past several years of large-scale child torture, poison gas attacks, and barrel bombings? In reflecting on the Franco regime’s odious Hitler and Mussolini associations and the Spanish Civil War horrors so vividly portrayed in Picasso’s monumental painting Guernica, nothing Bashar al-Assad faces is worse than the opprobrium that confronted Franco at World War II’s end. The question is, what is Assad willing to do going forward?

Bashar has a plausible opening provided by the religious radicalization of much, although not all, of the militant opposition, which plays to Western concerns about a violent Jihadist state emerging from the struggle. This is roughly analogous to the early Cold War environment, which gave Francisco Franco the opportunity to portray himself as an anti-communist asset. Franco used this opportunity as the leading edge of his ensuing efforts to rebuild his reputation in the U.S. and throughout the West.

As distasteful as it sounds, Assad has a similar opportunity. He can seek over time to leverage his dubious claims of acting as a bulwark against al Qaeda into a full-blown recasting of his regime’s reputation in the U.S. and beyond.

But how bold are Assad and his minions prepared to be? Will the regime be willing to finally make good on its heretofore-specious claims of modernization and liberalization, in order to loosen its hold on power and shed its well-earned bloodthirsty image?

Could the Assad dictatorship, for example, welcome millions of U.S. and other Western tourists, or fundamentally restructure Syria’s economy and make the country into a regional economic success story, or create a permanent space for a degree of political freedom and civil rights, including unhindered, unmonitored access by foreign journalists?

In short, is Assad willing to create a new reality for Syria that can be the basis of an effective long-range reputation rebuilding program?

On the basis of the Assad regime’s previous behavior and policies, it might seem doubtful that the reply to these questions could be yes. But if outside observers had posed similar questions soon after World War II about the Franco dictatorship’s willingness to change and adapt in order to remake Spain’s reputation, they would likely have been similarly dubious. Assuming Bashar al-Assad manages to hang on to power, in a decade or two we’ll have our answer.