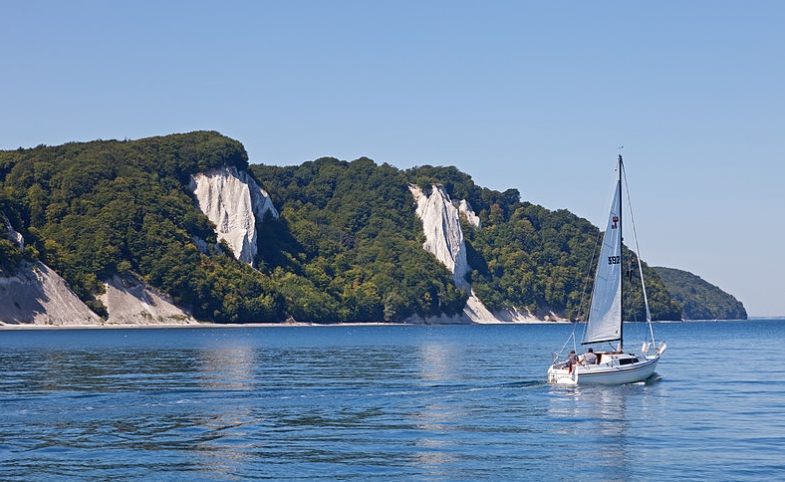 The Case for Embracing Subnational Identities in PD

Without falling into the perils of academic debate, it is safe to say that identity is central to foreign affairs and engagement. Yet, public diplomacy (PD) initiatives often fail to embrace subnational identities. This creates disconnects and gaps between PD and the populations of target audiences. If we want to create sincere and compelling narratives, we need to do a better job at developing an adequate appreciation, understanding and incorporation of local identity.

In order to comprehend the current state of affairs it helps to reiterate the basic principles behind the field. U.S. Undersecretary for Public Diplomacy Richard Stengel stated, “Public diplomacy is a conversation. It’s people talking to people – it’s not governments talking to people.” However, contemporary approaches to PD are often undermined by their seeming insistence towards focusing on national initiatives led by national organizations that target audiences based on their national identity. Instead, what is needed are subnational initiatives led by subnational organizations that target subnational identities. And nowhere is this more so then in the Baltic Sea region.

During the Cold War, the Baltic Sea region was of great geopolitical significance. However, following the collapse of the Soviet Union there was a drop-off in analytical attention. It was not until the last decade that the region re-emerged as one of great significance. This relates not only to its economic importance to the European economy, but also to growing concerns over regional peace and security. For these reasons, PD initiatives focused on the Baltic Sea region have reemerged as priorities for many.

To be effective, new initiatives must take seriously the need to incorporate local identities. This argument follows inline with the previous Northern Europe Initiative (NEI), whose focus was not merely on developing Baltic security in the traditional sense, but also in safeguarding individuals’ welfare. This required engaging organizations functioning on both a subnational and regional scale so as to achieve goals in, for example, energy, the environment, and public health.

Similarly, Melinda Crane writes that “Public diplomacy will be effective only if it is credible…and involves dialogue rather than preaching or propaganda.” Successful dialogue is contingent on initiatives that respect and appeal to local identities. What is required then are non-profits that, much like with the NEI, function on a subnational level and in an intimate relationship with local partners, engaging individuals on their own terms and not merely local elites or nationals of a particular state.

In this way, it becomes possible to have a dialogue that widely resonates with a target audience by ensuring not only a synergy between narrative and action but also by having a narrative that is built in coordination with the local population. By utilizing subnational non-profits it thus becomes possible to empower critical voices that might otherwise have been overlooked. This ensures that even peripheral communities are included in foreign affairs and cultural relations, forging more robust PD. Moreover these insights are vital to developing successful foreign policies.

Larger organizations pursuing top-down approaches from abroad are simply no longer well placed to be the driving force behind PD. As Matthew Wallin writes, “Governments and large corporations no longer monopolize the tools of messaging…They are often slow to react, slow to innovate, and lack the agility necessary to change at a rapid pace.”

Successful PD requires more than social media and digital campaigns, establishing media outlets, providing access to outside information (e.g. Tor), undertaking listening tours, or supplying humanitarian aid. Such initiatives lose all credibility, and can indeed be harmful, when there is a disconnect between their narrative and action, or when they fail to adequately understand the target audience. Moreover, these programs are often viewed with skepticism, as they are usually mouthpieces of governments, or are lost in the bevy of daily communications we are now bombarded with.

Meanwhile, non-profits more detached from the local level often find it difficult to fully grasp many local nuances vital to identity and engagement. The goal of PD is not merely to help others better understand your position and way of life, but to better understand theirs; their concerns, values, ideals and in general their identity. Successful PD thus requires not only listening but also understanding, again indicating the importance of appreciating local identities.

Large organizations - whether government, commercial, or non-profit - pursuing top-down approaches from abroad are simply no longer well placed to be the driving force behind PD.

By placing an emphasis on understanding, organizations become much better placed to establish programs dedicated to empowerment and promoting shared values and ideals. Again working at the subnational level not only allows an organization to observe such overlap but they can also shift from a nationalist to a communal mindset, focusing on similarities among intra-regional communities. Consequently, in addition to finding similar values and ideals, it becomes important to recognize and build upon the fact that many sub-national groups experience similar problems, concerns, and ways of life.

Island communities serve as a case in point, providing a fruitful platform for generating understanding and cooperation between subnational groups. Rather than an organization that focuses on “Finns”, “Estonians”, or “Germans,” PD actors need to work with subnational organizations that provide platforms for cooperation and engagement between subunits of these nations – e.g. islanders. They need to find a way to connect South Carolinians, Louisianans, and Hawaiians with Gotlanders, Ålanders, and Baltic Germans. This not only helps to ensure their insights become part of the foreign policy debate, it also allows for regional integration at a subnational, communal, level. Moreover, initiatives focused on such inclusion will be beneficial to those seeking to develop more successful foreign policies in the region, as islands are now a focal point in Baltic security.

As the Baltic region continues to grow in importance, fostering regional integration and ensuring voices in the region are not only understood, but also represented, in foreign policy will be of ever more significance. These goals will be best achieved by supporting subnational think tanks well positioned to acknowledge and incorporate local identities, allowing for robust and successful PD. The Quadrennial Diplomacy and Development Review already recognizes these insights on a global level. Now, we need there to be funding allocated to put these words into action across the Baltic Sea region.

Derek Bolton
CPD Blog Contributor
Managing Director of the Baltic Islands Society
YOU MIGHT BE INTERESTED IN...