Home|China Thinks That More is More 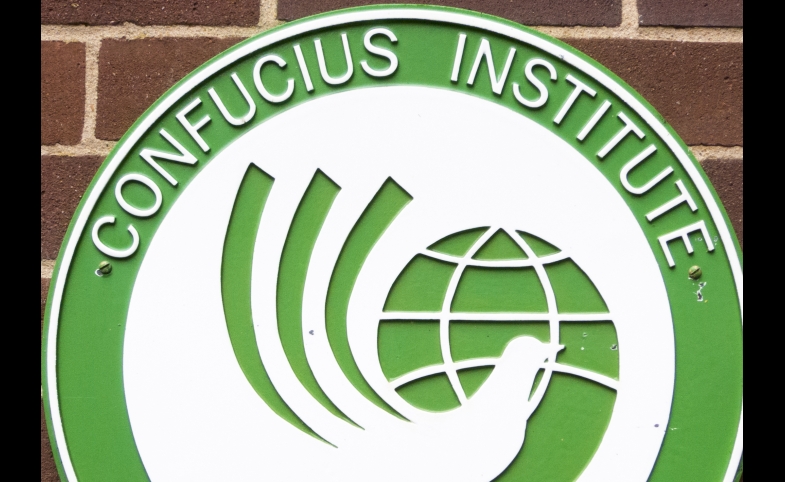 China Thinks That More is More

A 10% increase for China’s military budget – this is the message coming from the ongoing 2015 session of China’s National People’s Congress which interests analysts of China’s hard power. This increase would put the 2015 military budget around $145 billion, making China the world’s second-largest military spender, though still far behind the United States.

Another even more astonishing number was released a few days ago, but did not get much attention: According to the Chinese Ministry of Culture, the Chinese government invested about 1.33 billion yuan ($214 million) by the end of 2014 to build overseas China Cultural Centers and is expected to add another 360 million yuan for developing and running the institutes in 2015. That’s up 181 percent from last year!

Of course, this is only a tiny sum compared to the military budget, but it is nevertheless a remarkable fact.

China set up its first culture centers in Mauritius and Benin in 1988, and since 2002, centers were opened in Cairo, Paris, Malta, Berlin, and Tokyo. By the end of 2014, a total of 20 centers had been established. In 2015, centers in Brussels and Singapore are planned to open, and by 2020, China plans to have 50 culture centers, focusing on countries along the ancient Silk Road.

According to Yan Dongsheng, deputy director of the Ministry of Culture's finance division, they are "windows" to showcase Chinese culture. According to Xie Jinying, director of the Bureau for External Cultural Relations of the Ministry of Culture, these centers have three main functions: to display and promote Chinese culture through cultural events such as performances, exhibitions, and art festivals; to provide China-related information to introduce Chinese culture, both historical and modern; and to organize training programs on music, dance, language, painting, cooking, and martial arts. The centers should also become a “platform of cultural exchange by inviting Chinese artists, ideologists and scholars to share their opinions with local people.”

For anyone with basic knowledge of China’s cultural diplomacy, both the buzz with regards to big numbers and the mission statement sound quite familiar. And a brief look at the website of the globe-spanning Confucius Institutes confirms this: Confucius Institutes provide a forum for people all over the world to learn about the Chinese language and culture and, according to their mission statement, they have become a platform for cultural exchanges between China and the world.

...One wonders whether Beijing hasn’t yet noticed that cultural diplomacy does not follow the simple logic of “the more the merrier.”

So, from an outsider’s perspective the only possible reaction to this news is: WHAT? At a time when the Confucius Institute’s most prominent and most controversial cultural outpost is scrutinized closely, the Institutes have gotten publicity for counterproductive outreach activities, have been labeled “academic malware,” international partners have stated that quality should be more important than quantity, and the first Institutes are actually closing – the Chinese government announces plans to open more of them.

But this might only be of interest to those who closely study cultural diplomacy. The potential visitor going to one of the centers will probably not care, although the CI’s structure could become of interest to potential visitors, as it might be the case that programs at Confucius Institutes could be more progressive due to the joint venture structure which includes foreign local staff who might be willing to engage with some more touchy issues.

Therefore, it will be interesting to see what will actually happen at these centers. A few years ago, I talked to the director of the Chinese Culture Center in Berlin, who told me that they would focus on large-scale events such as hosting the Chinese National Circus and organizing major concerts. However, when browsing the current program, it is hard to find a real difference between the culture centers and the Confucius Institutes. So again: WHAT does this mean?

Does China, by hook or by crook, want to become a “sending culture,” in the sense that it reaches out beyond its borders and influences other countries and cultures, as described by Russian semiotician Yuri Lotman? As Michael Keane and Stephanie Donald have observed, Chinese culture – particularly by virtue of its Confucian and Buddhist foundations – was a “sending culture” during the imperial period, as it influenced the native cultural traditions of neighboring Korea, Japan, and Vietnam. The problem is that such an approach can easily backfire and be perceived as cultural imperialism, a phenomenon which is regularly studied in China and an accusation Confucius Institutes are already facing.

Furthermore, one wonders whether Beijing hasn’t yet noticed that cultural diplomacy does not follow the simple logic of “the more the merrier.” It does not really matter how much money you spend and how many cultural institutes you create: if words aren’t matched by action, cultural diplomacy efforts are bound to fail.

So it is hard to understand China’s strategy. One can only hope for all the people sincerely engaged in China’s cultural diplomacy that this is not just an internal battle between the relatively weak Ministry of Culture and the much more powerful and relevant Ministry of Education. But one thing is for sure: analyzing China’s cultural diplomacy remains exciting although, at times, one may shake one's head in astonishment.