Home|Is Germany the Best Country in the World? 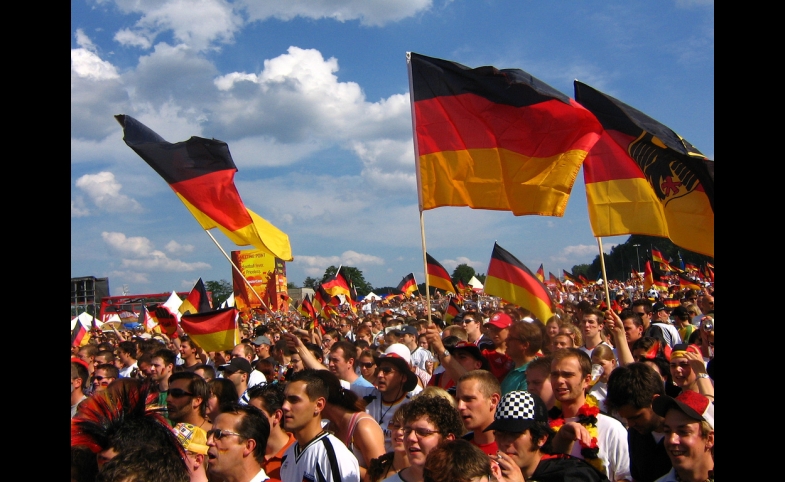 Germany is the best country in the world, at least according to the inaugural "Best Countries" ranking from U.S. News & World Report, the University of Pennsylvania's Wharton School and global brand consultants BAV Consulting. The ranking was unveiled at the World Economic Forum in Davos on January 20th. Germany, country ranking—wasn’t there something else? Yes, there was. According to the most recent Soft Power Survey by Monocle magazine published in late 2015, Germany is the world’s leading soft power. Several international studies rate the image or soft power of countries according to various criteria and in recent years Germany has come off very well.

These international comparisons are popular, influential—and quite misleading at times. One can, rightly, take issue with the way a concept like soft power is conceptualized in those rankings. One can also question the methodology, as a number of German observers have done after the “best country” votes were in. They criticize the fact that the pollsters did not analyze hard facts, but just asked people how they perceive the world: “The study says nothing at all about how it really is, but only about how people believe it could be,” which prompted others to discount this “questionable study” altogether.

While this might be a very German way of seeing things that ignores the importance of image and reputation in contemporary international affairs, there is a grain of truth in it that relates to the mismatch between reality and imagination, or between external perception (image) and self-perception. In this regard, the question is what these rankings can tell us about the countries they analyze. To illustrate this mismatch, here are some impressions from the “best country” in the world.

A recent survey reveals that 58 percent of Germans have a feeling of living in uncertain times, compared with 44 percent in 2011. 82 percent are afraid of criminality, compared to 60 percent in June 2015 while 74 percent fear terrorist attacks and 73 percent too large an influx of refugees. Even though these figures also come from a survey, they reflect quite well the current atmosphere here. The refugee crisis, and especially the events on New Year’s Eve, when hundreds of men gathered in the plaza at the main train station in Cologne groping and robbing scores of women, has thrown the country into an incredible state of hysteria.

All this does not describe the “best country in the world,” but rather a country very much in conflict with itself.

It all started with Chancellor Angela Merkel's decision to welcome Syrian refugees last September, resulting in a dramatic inflow of not only people from Syria, but also from the Balkans and North Africa. Ever since, there have been intense—to put it mildly—debates about how to deal with the influx of people. There is general agreement that the numbers have to be reduced dramatically because even a country like Germany could not handle another million refugees. But there is no realistic plan on the horizon. The question of whether to close the borders or not has become the Gretchenfrage (crucial question) in Germany today. Merkel is isolated, both in Europe and in large parts of Germany’s political circles, and her approval ratings within the population are declining constantly.

After the violent excesses in Cologne, German government failures have come to light, with many asking whether the German state has lost control and if the country is still safe. This impression is fueled by the poor, or embarrassing, performance of German politicians who are more concerned with inner and intra-party rivalries and less so, it seems, with managing this epic task. Worldviews that once seemed permanent do erode, as conservatives show enthusiasm for the rights for women and homosexuals (mainly to pursue their agenda against asylum seekers and illegal immigrants from North Africa) while Vice Chancellor Sigmar Gabriel, the head of the Social Democrats (who are normally quite moderate in this regard), went into law and order mode, noting that foreign criminals should be sent to prisons in their country of origin. Furthermore, there is rising xenophobia and increasing attacks on foreigners, while the small but noisy Eurosceptic right-wing anti-immigrant party Alternative for Germany reaches 10 percent in polls in the run-up to three regional elections in March. Beyond all that, the public debate is getting nasty: Lügenpresse (lying press), a slur popular during the Nazi era, has come into vogue again in right-wing circles, while a former Interior Minister is accusing public broadcasters of operating a “cartel of silence.” Supporters of Merkel’s open door policy are defamed as goody-goody/starry-eyed idealists, while the “Nazi card” is played to silence critics, even if they do not belong to the ever-growing group of ring-wing conspiracy theorists who link everything to a secret world government like the Freemasons or Bilderberger. All this does not describe the “best country in the world,” but rather a country very much in conflict with itself.

The crucial point here is that the diagnostic value of rankings like the “best country” classification has to be treated with caution. That is precisely because they do not sample hard facts but rather people’s opinions or images of a country. And as German public relations scholar Michael Kunczik reminds us, “the image of a certain nation exists in many people purely as affect with no knowledge basis whatsoever.” In the case of Germany, this mismatch becomes strikingly clear at the moment; what others, for whatever reasons, like about us at the moment—(still) showing a soft side in the refugee crisis—is exactly what leads to the heated and quite uneasy atmosphere in the country. And this is something that the “best country” ranking does not reflect, not at all.

No Protocol to Revoke Suu Kyi’s Nobel Prize? What Baloney.

The Rohingya may be at the brink of facing genocide. As each day passes, new headlines in the press highlight their tragic situation, but with little solace to their dire condition. Since the Myanmar military began their...

The 2018 J. William Fulbright Prize of International Understanding has been awarded to Federal Chancellor of Germany Angela Merkel for embodying "the best of leadership in times of unrelenting global crises and challenges...