Home|Culture and the Third Plenum of China’s Communist Party 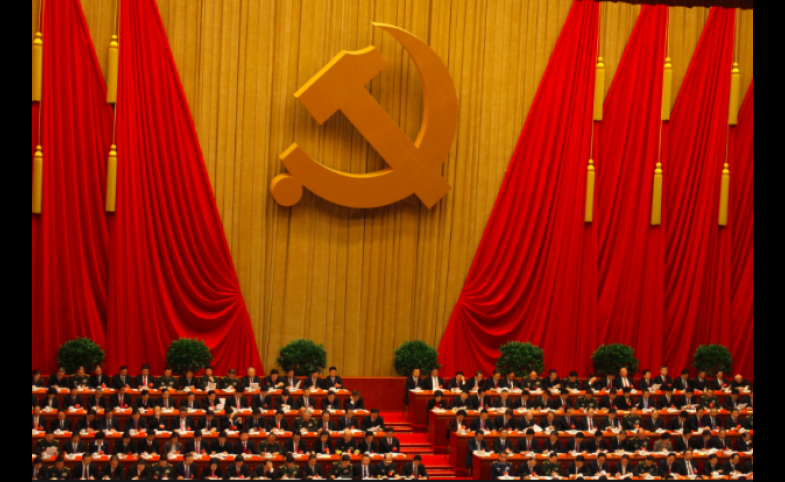 Culture and the Third Plenum of China’s Communist Party

The Third Plenary Session of the 18th Central Committee of the Chinese Communist Party (CCP) closed mid-November, but it still keeps China-watchers awake. Foreign analysts were rather underwhelmed by the immediate outcomes: a bland, boilerplate communique issued on November 12. But three days later “The CCP Central Committee Resolution Concerning Some Major Issues In Comprehensively Deepening Reform” was issued and ever since, people are trying to figure out what all this actually means. This is a bit tricky because the 60-item Resolution is written in this typical party lingo; some enterprising institutions are even offering courses to decode the document.

However, some decisions announced were rather easy to understand and quite impressive, such as the relaxation of the one-child policy and the abolishment of the “reeducation through labor” system. Although it might take months or even years until this document takes full effect, it seems reasonable to argue that the real winner of the 2013 Third Plenum is the CCP itself.

Section 11 of the Resolution discusses innovation in the cultural structure and mechanisms of the country. While these are important decisions for China, one may wonder how all this relates to China’s public diplomacy or foreign cultural relations. Even though there is a strong emphasis on issues such as urbanization and the financial system, there are at least four items of interest for students of Chinese culture, soft power, and foreign cultural exchanges.

The overall goal here is to build a country with a strong socialist culture while strengthening the nation’s cultural soft power. To enhance national soft power, “China must adhere to the development path of a socialist culture with Chinese characteristics and consolidate the guiding role of Marxism in the ideological areas.” Overall, the Resolution provides some interesting insights into how culture is used and practiced by the Chinese leadership.

Point 38 of the Resolution is concerned with the improvement of the cultural management system. While on one hand, the document promotes changing the role of government departments (zhengfu bumen) from doing or handling culture (ban wenhua) to managing culture (guan wenhua), which may be interpreted as a government step back from the cultural sphere. On the other hand, the document calls for the establishment of organizations that should supervise and control (jianguan) the management of state-owned cultural assets (guoyou wenhua zichan), it stresses the necessity to strengthen methods and mechanisms to persist in the orientation or guidance of the correct public opinion (zhengque yulun).

Point 39 calls for establishing and improving the modern cultural market system (xiandai wenhua shichang tixi), which should, amongst other things, include the further transformation of state-owned commercial cultural units (guoyou jingyingxing wenhua danwei) into enterprises. Additionally, it calls for ways to explore the implementation of special management and share systems (teshu guanli gu zhidu) for important state-owned media enterprises (zhongyao guoyou chuanmei qiye). Yes, this sounds rather cryptic and it is not entirely clear what this means, but seemingly there are people who want to reform the way state run media like Xinhua or CCTV are managed. Of course, none of these media outlets will become enterprises, purely operating under market conditions, but it may be that Xinhua and Co. will adopt more free market rules and possibly go more in the direction of profit-orientated entities.

If this is actually the case, it will be very interesting to see what will happen, for example, to Xinhua’s several newspapers and magazines which, with the exception of Cankao Xiaoxi, which translates international news into Chinese, the company barely has any readers outside the Xinhua headquarters. Another interesting case to watch will be the 24-hour English news channel, CNC World, which started in summer 2010. To date, 51% of CNC World is owned by Xinhua and 49% by private investors; however, recently there were rumors in Beijing that Xinhua wants to reduce its share, because CNC did not meet expectations, as it was supposed to rival the BBC or CNN.

Point 40 calls for building a modern public cultural service system (xiandai gonggong wenhua fuwu tixi) which, for example, should include the promotion of cultural projects that benefit the cultural needs of the masses. The question, however, is what the masses actually want or need in terms of culture and whether a government can addresses these issues.

Those points provide some interesting insights into how the CCP understands culture – namely as something that can be managed, controlled, and guided.

Point 41 entitled “raising the level of cultural openness” is also concerned with China’s attempts to present itself to the world. Here the Resolution notes that under the guidance of the government, in regard to market operations and social participation, foreign cultural exchange should be broadened. The construction of the international communication capacity (guoji chuanbo nengli) and foreign-orientated discourse systems (duiwai huayu tixi) should be strengthened and all this should be done in order to promote Chinese culture globally, while helping China’s culture go global.

Furthermore, the Resolution calls for attempts to array the system of domestic and international propaganda (neixuan waixuan), assumingly not only in terms of which organization is doing what but probably also in terms of better coordinating the two. There will be attempts to support major media outlets (zhongdian meiti) in their domestic and international developments to better develop Chinese companies abroad. In the future, the government also wants to foster foreign-orientated cultural enterprises and support cultural enterprises abroad while expanding in international markets.

Last but not least the Resolution notes to encourage social organizations, non-governmental organizations, Chinese-funded institutions, and others to participate in the construction of Confucius Institutes, overseas cultural centers, and cultural exchanges between peoples.

So what does all this tell us now? Well, first of all it becomes obvious that culture, soft power, and related concepts have high standings within the Chinese leadership, something that became apparent at the 18th Party Congress in November 2012. The political importance of culture becomes obvious and therefore, as argued before, institutions operating in this context cannot ignore this political dimension.

It is striking to see how the Chinese leadership wants to apply the same market mechanisms it is applying to the economic sphere, to the realm of culture. The government wants to manage and guide culture and cultural entities in its favor. But what is even more striking is the fact that some people in Beijing apparently believe they can apply this approach to the international arena.

Reading something like this makes people wonder why the seemingly same people who make sometimes quite smart decisions in the economic context, put forward the idea that Marxism could contribute to China’s soft power. Apparently you don’t have to be a genius to realize that this won’t work. The guiding role of Marxism should help to strengthen the country’s soft power? Really? Those statements not only show a total lack of even the most basic communication skills of a presumed 21st-century country, but also show ignorance or lack of knowledge about how this whole influence business works. And as long as these are the guiding principles, China will struggle to become a “cultural power.”