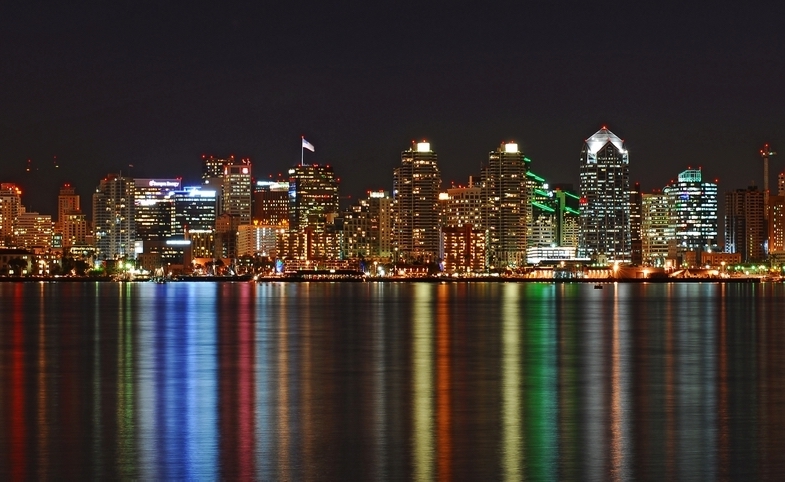 Cities are increasingly charting their own path on global issues, working together to find pragmatic, common sense solutions to shared challenges. For evidence, we look no further than recent headlines: the day that the Trump administration announced it would pull out of the Paris Agreement, voices from all across the world rose up in shock and condemnation. The loudest and most significant voices in that chorus were mayors like Eric Garcetti (LA) and Bill DeBlasio (NYC), who committed their cities to the climate accords despite the federal government’s abdication. In San Diego, Mayor Kevin Faulconer reiterated the City's commitment to its Climate Action Plan, with goals far more aggressive than that set by the Paris Agreement. U.S. cities joined hundreds of other municipal governments around the world committing to partnership on climate issues despite stagnation and paralysis by national governments.

City-to-city diplomatic interactions are increasingly on the rise around the world. Cities are working with one another on just about every topic imaginable, from access to water, to security, cuisine and human rights. In the last few years alone, over 200 international organizations have emerged which bypass national foreign ministries and instead put mayors in the driver’s seat. But city leadership on global issues requires more than just attending meetings; it requires concerted strategies at the local level to communicate to global audiences paired with an ability to implement global best practices back at city hall.

From its strategic position on the Pacific Rim and gateway to Latin America, San Diego stands out as a globally engaged city. San Diego is home to more than 80 research institutes, produces more patents than anywhere and is consistently ranked as one of the best places to live and work. The City of San Diego achieves this through 1) civic engagement and collaboration; and 2) global partnerships to implement and teach best practices.

The heart of San Diego’s diplomatic strategy begins with a coordinated effort around the region’s identity. As a border city that is home to the largest concentration of military assets in the world, an international airport, international ports and one of the largest refugee populations in America, San Diego leadership naturally governs with a global outlook. The current Mayor of San Diego has placed a special emphasis on promoting San Diego’s global identity, making it an official part of the City’s Strategic Plan. This strategic vision is about coordinating local assets and organizations working in the international space to better communicate to the globe about the city’s priorities and personality. We’re a city of beaches, beer, border and brains: the constant challenge is communicating this amazing identity to the world. To this end, the city’s Economic Development Corporation brings together tech businesses, tourism, government, and dozens of other stakeholders work together as a team to cohesively tell the San Diego Story.

If the core foundation of soft power is being able to exert influence without using force, the place to begin is by knowing who you are and what you want.

The work has produced unifying campaigns like #GoGlobalSD, a global export, trade and investment strategy for the entire region. Furthermore, with community-led groups like the City’s International Affairs Board, the World Trade Center, the San Diego World Affairs Council, the Diplomacy Council and the Port and Airport, the region is able to cultivate multilateral relationships with governments, cultural groups, businesses and schools. The task is to coordinate a central hub for all international groups to coordinate delegations, trips and priorities to streamline communication and avoid duplications. For instance, the appointed International Affairs Board recently created a bilateral “Friendship City” program that allows the City to partner with other cities around core points of commonality (i.e. beaches, beer, border, brains, etc.). In doing so, the Board continues to meet with the Tourism Authority, Airport, World Trade Center and others to coordinate how “Friendship City” activity can complement other global engagement strategies.

If the core foundation of soft power is being able to exert influence without using force, the place to begin is by knowing who you are and what you want. In cities, this conversation begins at a disaggregated level, with multiple stakeholders needing to coordinate and strategize around efforts that advance the entire region.

San Diego also has the ability to implement global best practices back at city hall and take what we are doing right abroad. Through the work of the San Diego Diplomacy Council, for example, the City welcomes dozens of international delegations each year to discuss topics like business development, rule of law, violent extremism and homelessness. City officials get to hear about what works in other municipalities and share successes with visitors.

The City has also ventured into bilateral and multilateral diplomatic efforts aimed at producing real results. In 2017, the Mayors of San Diego and Tijuana signed a formal Memorandum of Understanding, which has resulted in department-to-department working relationships between city counterparts. Both mayors embarked on diplomatic trips to Mexico City and Washington, D.C., where they advocated for open trade, border resources and binational cooperation. Similarly, the City of San Diego is the newest member of the Strong Cities Network, a multilateral group of over 100 cities working to prevent violent extremism. Membership in the network will allow city officials to work directly with other cities experiencing challenges like hate crimes, influxes of refugees or high levels of radicalization and bring best practices back to law enforcement and the community.

Cities like San Diego have learned that exerting power in the 21st century means engaging in public diplomacy efforts that fall under two strategies. First, cities must coordinate the disparate globally connected groups under a common purpose. Coordination of the city’s “global brand” is critically important for promotion abroad and welcoming international business and government locally. Second, cities must pursue relationships and forums to receive and share best practices. In San Diego, this takes the form of robust delegation reception, a strong bilateral relationship with Tijuana, as well as membership in international networks and forums.

One of the core elements of being a global city is leadership having a global vision. This vision, in San Diego, begins at the top with a city-wide strategic plan that explicitly aims to enhance the city’s global identity. But at a much deeper level, it also is incumbent on citizens, organizations and businesses to get involved in helping their city lead on global issues ranging from trade to climate change. City diplomacy is a critical new development in global politics quite simply because mayors and city employees are so much more accountable and responsive to their citizens than national governments. This means that the work being done at the local level on human rights, scientific discovery and business development is actually not removed from the international public policies being discussed in Brussels, New York or Dubai: the local is increasingly global. Through city diplomacy, local activism has global impact.

Note from the CPD Blog Manager: This piece, written by Joel Day, originally appeared in the 2017 Soft Power 30 report.

Photo by Rufustelestrat I CC BY 2.5