Home|Competing Narratives on the Refugee Crisis: The Danish State Versus Danish Citizens 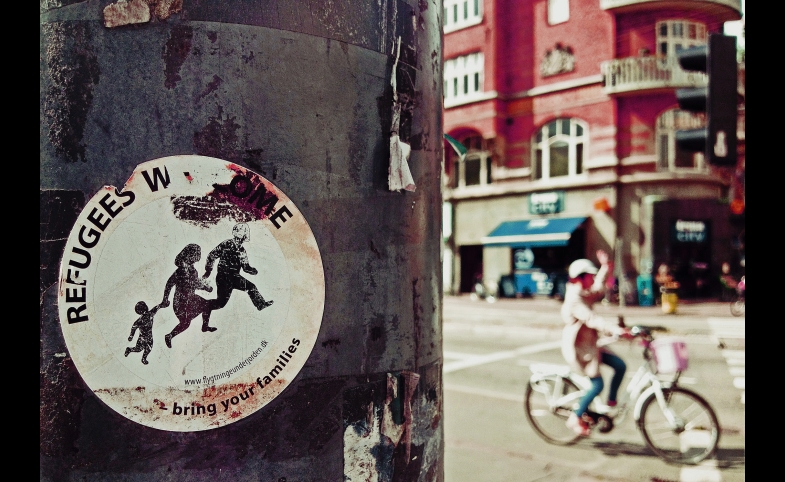 Competing Narratives on the Refugee Crisis: The Danish State Versus Danish Citizens

“The Danish government has decided to tighten the regulations concerning refugees in a number of areas” – Advertisement aimed at discouraging Syrian refugees from coming to Denmark, placed in Lebanese newspapers and also posted by Danish Integration Minister Inger Støjberg on her Facebook page.

“Asylum seekers should head for Denmark—here are five reasons why” – op-ed in The Guardian aimed at encouraging refugees to come to Denmark, written by Michala Clante Bendixen, chair of the Danish Refugees Welcome organization.

One of the most desired destinations for the more than one million refugees and forced migrants who made their way to Europe in the last year were the liberal welfare states of Scandinavia. Yet the two quotes above reveal that, in Denmark at least, its conservative government and some of its more liberal citizens each worked to create two very different narratives addressed to refugees and beyond.

These conflicting discourses reveal the ways that the refugee crisis has set off a struggle between governments and their own citizens concerning what policies and attitudes to project, a conflict that has shaken the foundations of the European Union’s open borders policy and regional cooperation. The crisis illustrates how public diplomacy has increasingly become an area that can be contested by a country’s own citizens, who are able to offer a public and easily shareable opposing narrative. As political scientist Joseph Nye notes, in a world of networked diplomacy, actors beyond the traditional governmental ones are just as likely to be executing their own forms of soft power. They can do so in the virtual world by producing and disseminating their own messages and media content online as well as in the real world by traveling outside their own borders to physically carry out actions and support policies differing from what their governments have proclaimed.

Last year’s election of a conservative government in Denmark brought about a series of statements and policies intending to dissuade refugees from even considering Denmark as a destination. In addition to the advertisements noted above, the Danish government declared that they would seize the refugees’ private property including money and jewelry, at the border in order to pay for the expense of housing and feeding them. This prompted local as well as global condemnation. As a political scientist at Denmark’s Aarhus University told the news outlet Vice, “It is very odiously reminiscent of the German past—leave the valuables and go to the showers.” Similarly, the Danish government declared refugees would have to live in tents in remote areas even throughout the snowy winter.

However, the Danish activists I interviewed this summer said these policies were rarely connected to real actions. Most refugees continued to live in buildings such as out-of-use barracks around Denmark, including in its towns. In the months after the so-called jewelry law had passed, no money, jewelry, etc., had been seized, although in what seems to be the only such case, this past July authorities did take cash from Iranian refugees arriving at Copenhagen airport with false documents.

Activists scorned these new policies, calling them a form of propaganda. Bendixen of Refugees Welcome said that the government risked setting off unanticipated effects, such as damaging the country’s image as a global business center welcome to the world’s citizens, as it created a new image of Denmark as xenophobic and closed to outsiders.

The crisis illustrates how public diplomacy has increasingly become an area that can be contested by a country’s own citizens, who are able to offer a public and easily shareable opposing narrative.

But just as the government had its own public push against refugees, many ordinary Danes created a narrative that promoted a very different story. For example, volunteers from Denmark’s Refugees Welcome traveled to Greece and handed out Arabic language pamphlets comparing asylum conditions in Denmark to Sweden and Germany, which showed at that time there was a shorter wait time for their asylum request to be heard in Denmark as well as quicker reunification times with families. Bendixen, a professional graphic designer, pointed out that a flier they used intentionally incorporated the words “bring your families” into its logo to contradict the government’s line.

The creation of citizen narratives was seen in other parts of Europe, such as Berlin’s Refugees Welcome home sharing initiative (nicknamed the “refugee AirBnB”), raising interesting issues about the ways the refugee crisis has affected not just the EU’s own ability to collectively cope with the crisis but the ways an individual government can gain or lose soft power in its attempts to influence the refugees’ attitudes about their countries.  In part, this happens because it’s difficult—if not impossible—to isolate messages for one group of people without those same messages being seen by many other unintended audiences.

While the Danish government’s statements appear to have achieved widespread dissemination through news media coverage, they may not have actually deterred any refugees from coming there. In my interviews with Syrians seeking asylum in Denmark, many arrived in the country with reasons that no public campaigns would be likely to affect, such as hoping to join family members already living there. The many volunteers they interacted with in the asylum centers made them feel accepted in Denmark.

Furthermore, with a group such as Syrian refugees, who are long-used to ignoring government propaganda and mistrustful of institutions, the statements and actions that were intended to discourage them may not have even been noticed. That said, some refugees did report that on their journeys through Europe they found the most help from UN agencies and NGOs and sometimes even ordinary people, suggesting that in the battle of narratives, the welcoming one rather than the threatening one may have been the most successful in creating a memorable impression. As Nye argues, true soft power goes to those whose story wins.

Melissa Wall
CPD Blog Contributor
Professor, Department of Journalism at California State University Northridge
YOU MIGHT BE INTERESTED IN...

Germany is the best country in the world, at least according to the inaugural "Best Countries" ranking from U.S. News & World Report, the University of Pennsylvania's Wharton School and global brand consultants BAV...