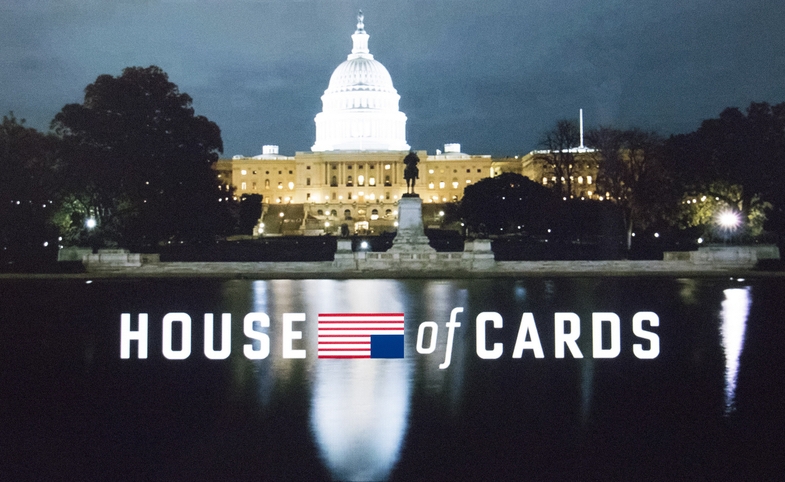 Does life imitate art, or does it just seem that the longer the Trump adventure proceeds the more it resembles “House of Cards?”

I’m not suggesting that our real-life drama borrows from the Netflix series, now seen round the world, but there is a sense in which the real and make-believe of American politics are converging as never before.

Consider the debate over “real” news versus “fake news.” Consider that fact and non-reality are intertwined as never before in social media, IT games, and movies.

Most of all, consider the fact that Donald J. Trump, who became known to most Americans as a “reality TV” star, was elected President of the United States last year without having held any other elective office.

An avid watcher of TV programming, President Trump apparently gets much of his information, and forms many of his judgements, from the short narratives that get transmitted by fast media. Might he have an image of the American system of government that owes more to a mash-up of broadcast fact and fiction than to his own education or experience?

How else is one to understand the haphazard way in which Trump’s own comments — tweets, no less — illuminate his fundamental misunderstandings of how things work in Washington?

A few now-famous examples from early in the Trump Presidency:

My daughter Ivanka has been treated so unfairly by @Nordstrom. She is a great person -- always pushing me to do the right thing! Terrible!

Congratulations to @foxandfriends on its unbelievable ratings hike.

This is the single greatest witch hunt of a politician in American history!

The U.S. Senate should switch to 51 votes, immediately, and get Healthcare and TAX CUTS approved, fast and easy. Dems would do it, no doubt!

People, the lawyers and the courts can call it whatever they want, but I am calling it what we need and what it is, a TRAVEL BAN!

That's right, we need a TRAVEL BAN for certain DANGEROUS countries, not some politically correct term that won't help us protect our people!

Pathetic excuse by London Mayor Sadiq Khan who had to think fast on his "no reason to be alarmed" statement. MSM is working hard to sell it!

Sorry folks, but if I would have relied on the Fake News of CNN, NBC, ABC, CBS, washpost or nytimes, I would have had ZERO chance winning WH

I get it. Many Americans wanted a “different” president. But when you use a public forum to lobby for a family business, or praise one network while castigating most others; or misstate the vote threshold needed for a Senate bill; or gratuitously insult the mayor of a world capital; or insist on using a term (“ban”) that weakens your case in court — well, these are moves that even Frank Underwood would reconsider.

As I watch blurry-eyed the latest season of “House of Cards,” I know the image of American politics is not helped by “President” Underwood’s machinations — voter suppression, blackmail, deliberate shutdowns of the nation’s information infrastructure are but a few of his latest transgressions. But now, we add to that imaginary swampland the real-life events of this last week, featuring the high-drama sworn testimony of James B. Comey, the former FBI director. The scenes Comey describes in riveting narrative are in some ways worse than “House of Cards.” @realDonaldTrump shoos his son-in-law and the Attorney General out of the Oval Office and, according to Comey, asks him to “see your way clear to letting this go, to letting Flynn go.” This could be obstruction of justice — that is, if the “fake news” are to be believed.

Photo via Ron Cogswell I CC BY 2.0