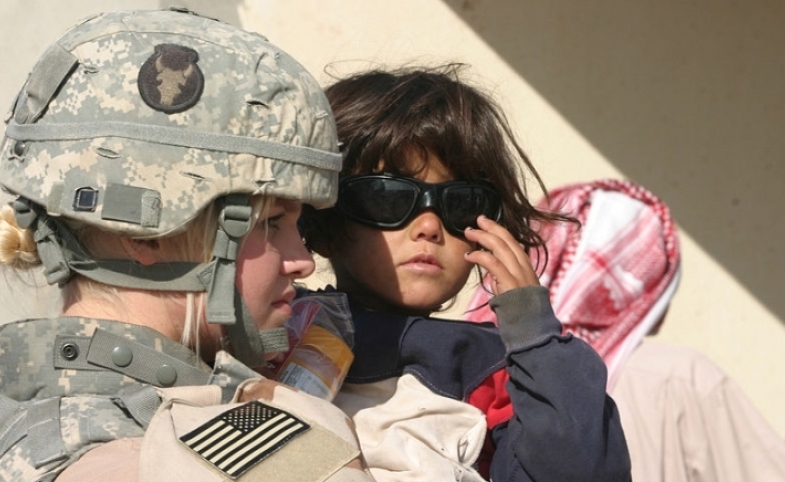 How the U.S. Military Engages in Public Diplomacy

The military’s work and diplomacy may seem to be polar opposites, but the reality is the two are closely linked. There is more to military service than fighting wars and today’s military professionals are actively engaged in public diplomacy every day.

Internationally, this is important because our service members represent the United States, particularly in places where the only Americans seen are those in uniform. Many may not know whether they're interacting with a soldier or a sailor, but those details are unimportant. At the end of the day, our service members represent the United States. This is key because military service is so much more than just warfighting.

There is a type of nuanced public diplomacy in today’s military. For example, our military professionals are dedicated to HADR missions around the world. Disaster relief has become a key mission for the U.S. and a way to exercise the softer side of its military influence overseas. U.S. humanitarian assistance often includes Marines on the ground within hours or days of disaster to clear supply routes and airports, then a larger force, led by the Navy and one of its carrier groups.

HADR operations demonstrate a forward mission to provide aid where it's needed most. Although it takes place under less than ideal circumstances, our service members are still actively engaged in public diplomacy when they conduct these missions. The goals are to rebuild and provide basic necessities, but the secondary effect is public diplomacy. It's showing a side of the U.S. military that many never see.

For service members, public diplomacy is not a foreign concept. On the contrary, it’s a core part of many of the activities the U.S. military engages in on a regular basis.

In the wake of the earthquake that struck Nepal on April 25, 2015, the Nepalese government requested the U.S. government's assistance. U.S Marines from III Marine Expeditionary Force came together with other services to provide unique capabilities to assist Nepal. Military earthquake relief efforts in Nepal led by Joint Task Force (JTF) 505 were named “Operation Sahayogi Haat,” which means “Helping Hand” in Nepali.

At one point during operations, JTF 505—in tandem with the U.S. Agency for International Development—delivered approximately 49.9 tons of relief supplies, transported 273 personnel and conducted more than 68.9 hours of flight time throughout affected areas of Nepal.

Similarly, on a larger scale, the myriad multinational exercises the U.S. military participate in are a form of public diplomacy. During these exercises, U.S. forces work with partner nations in capacity building and, ultimately, relationship building. These exercises strengthen bonds and make our service members recognizable allies to foreign nations.

The Pacific Partnership exercise, which includes humanitarian and civic assistance, brings to light the unique role of military public affairs. Public affairs professionals are intimately involved with ensuring these events and activities are shared not just with a curious domestic public, but also with our allies and international partners. What better demonstration of public diplomacy?

On the domestic front, there has been extensive, and well warranted, discussion of the fact that today more than ever, most civilians are far removed from military service. The argument is essentially that in today’s Iraq-Afghanistan era, everyone “supports” the troops but few know very much about them.

Telling the Navy, Army, Air Force, and Marine Corps story to the American people is an important aspect of today’s military public affairs. To that end, and perhaps most importantly, is the ability of public affairs to help bridge the increasing civilian-military divide.

On an individual level, service members are ambassadors of their respective branches of service. As such, this is important domestically in that it offers an opportunity to bridge the civilian-military divide every day.

A recent editorial published to a popular veteran-run news and culture site, “Task & Purpose,” advocated for the military having a bigger role in connecting troops to the public, and in promoting organizations that bring service members and communities together. Public affairs is an important tactic to accomplish this objective.

For service members, public diplomacy is not a foreign concept. On the contrary, it’s a core part of many of the activities the U.S. military engages in on a regular basis. From HADR missions to multinational exercises and public affairs, our military is actively influencing foreign publics and expanding and strengthening the relationship between the U.S. and citizens of the rest of the world--public diplomacy by definition.