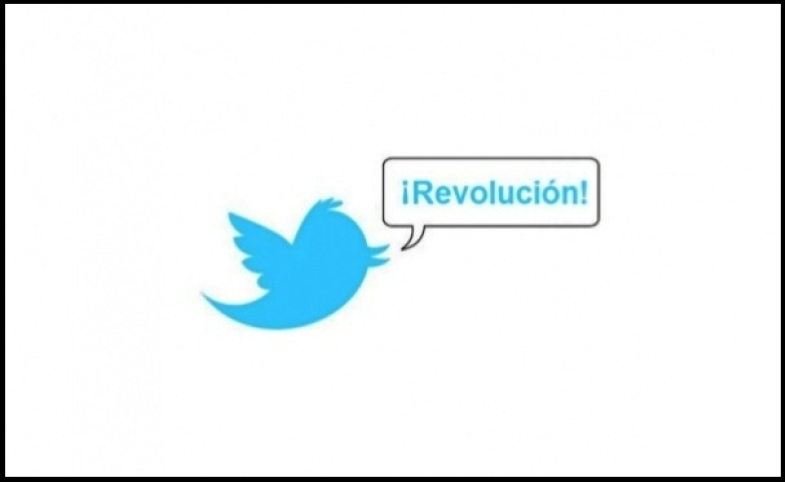 Most often associated with Alec Ross’s stint at the State Department as Senior Advisor for Innovation, diplomacy’s rush to better leverage the advantages of social media and mobile technologies by investing in ediplomacy and PD 2.0 is no secret. On his first day as new Under Secretary for Public Diplomacy and Public Affairs last February, Richard Stengel made his position clear: social media are “transformational tools” and the State Department needs to move toward a “digital-first strategy.” Ambassadors now tweet regularly. Out of a desire to “make foreign policy less foreign,” even Secretary of State John Kerry tweets. And the State Department is now running what a 2012 Brookings report described as a “global media empire.”

But if digital diplomats extoll the reach and connectivity offered by social media platforms, less attention is given to what they think these advantages mean in practice, that is, the world view of digital diplomacy. A late April summit in D.C. on the “Future of Diplomacy,” hosted by the Diplomatic Courier and the United Nations Foundation, was an opportunity to contemplate how diplomacy and technology meaningfully intersect. The summit offered the chance to hear the views of digital diplomats and, as Craig Hayden has encouraged on this blog, to assess prevailing attitudes and assumptions among public diplomacy practitioners about the uses, value, and efficacy of social media platforms for their work.

The event’s main conclusion appeared to be that, despite enthusiasm for social media, diplomacy “will always be built on personal relationships and face-to-face interactions.” This was odd, given who was convened for the event. Partners included +SocialGood, a “global community of innovators” seeking to harness “the power of technology and new media to make the world a better place,” and the Digital Diplomacy Coalition, a group created to share “ideas and best practices to leverage digital technologies.” One of two co-sponsors was RedTouchMedia, a company that has developed an anonymous distribution platform for digital content delivery. Panelists included staffers responsible for digital diplomacy for the embassies of Israel, the United Arab Emirates, and Italy, as well as the director of Microsoft’s Institute for Advanced Technology in Government, and a curator from Frequency540, a strategic communications agency dedicated to digital analytics. The vibe throughout was one of enthusiasm for diplomacy’s digital present and increasingly digital future. So why the old-school conclusion?

Clues were sprinkled throughout panelists’ comments. Israel’s embassy staffer described social media platforms as “non-hierarchical” places where people can be “open and spontaneous.” Frequency540’s representative characterized social media-enabled relationships as “informal.” He referenced the ubiquitous selfie as an example of the “humanization” effect of social media, where people expect more direct access to opinion-makers. Panelists identified social media platforms with the opportunity for “authentic storytelling.” The Microsoft representative noted how these platforms enable more “substantive conversations,” which show the human side of diplomacy’s work. Social media users expect “real, approachable, people,” it was explained, and so, neither “surrogates” nor “automated agents” pass muster. These “won’t be authentic.”

In other words, public diplomacy professionals registered enthusiasm for social media’s evident promise of greater authenticity of self-presentation as a basis for diplomatic communication. In this post-Snowden era of the leak, a comparable note is sounded with calls for greater “transparency” in U.S. government use of Internet-based technologies and information - especially given revelations of massive data-mining and the new likelihood that any “gap between its actions and words” will eventually be exposed. In April panelists similarly celebrated social media tools as a means to close “the gap between our values and how we carry them out.” The parallel is between a Snowden-type exposure of hypocrisy and the perception of inauthentic communication. Throughout the summit social media was associated with authenticity, and in turn, equated with the congruence of values; and words equated with deeds.

In this context the summit’s conclusion about face-to-face interactions as an enduring cornerstone of public diplomacy becomes better understood. However, at a moment of attempted stealth cuts to the Fulbright program, the uncritical celebration of social media hipness, embraced by practitioners as an attractive opportunity for more direct communication with public diplomacy’s critical subject populations, is puzzling. The breezy elision of social media with greater self-authenticity, in particular, advances a deeply flawed account of social media’s potential for diplomacy.

Left unconsidered were the ways that social networking sites, or the next trending social app, are in no way direct forms of communication but instead technologically mediated platforms with parameters that significantly determine the possibilities for social interaction and the performative choices for self-construction. The selfie is firstly an artifact of front-facing cellphone cameras, and increasingly “carefully curated, filtered, posed, and polished,” in the words of one commentator, a “manufactured self” newly popularized by the enthusiasm for snapchatting and related trends. Social media-driven relationships are, in other words, very far from face-to-face and any appreciation of authenticity on these platforms cannot be considered apart from their particular presentational possibilities.

And social media can be manipulated in non-transparent ways. Examples abound. A recently uncovered cyber-espionage campaign by Iranian hackers included creating more than a dozen “fake personas” on Facebook, Twitter, LinkedIn, Google+, YouTube and elsewhere, as well as fake online news services, to build online relationships with targets for spear-phishing messages. One summit panelist described his embassy’s creation of a fake LinkedIn page for Iran’s president Rouhani which was then retweeted widely with the intent to “shift the conversation” away from Rouhani’s moderate credentials.  Commentators have noted the Twitter war over Ukraine, with its incomplete, one-sided, distorting, and often false information sharing.

Meanwhile, the State Department’s Digital Outreach Team does not simply debate America’s critics on Twitter, but also hijacks hashtags and spoofs propaganda videos. Lines between hacking, trolling, and debating get fuzzy. Then there was the USAID-funded “Cuban Twitter,” or ZunZuneo, a secret program using cell phone text messaging to create a critical mass of subscribers – never aware of the U.S.’s role – intended as a direct line to regular Cubans in order to eventually introduce controversial political content. Finally, we witnessed the Stephen Colbert fake Twitter controversy, where satire led to “real” if misinformed online protest.

These are all examples of non-transparent social media-enabled fakery, where words and deeds veer in different directions, operators use “self-presentation” deceptively, and distinctions between diplomacy and espionage become taxed. Social media effectively amplifies propagandistic reportage of contentious events and conceals ulterior motives because there is typically little context accompanying content, but also because the particular source behind a given cybercampaign is not immediately identifiable. Social media is aptly described as a dimension of what Jean Baudrillard – an astute observer of popular culture – called “hyperreality,” his term for an increasing inability to distinguish reality from simulations of it. Social media interactions amplify the effects of hyperreality, not the other way around.

In the post-Snowden era, social media denizens are well aware that their personal data are collected by governments and corporations for uses other than their own. By ignoring these regular manipulations of the technological backstage, the naive authenticity expressed by digital diplomats seems disingenuous. Why take it seriously? It distracts attention from the self-consciously made-up and manipulated: hallmarks of social media’s technologically-enabled platforms for “interested” communication and the recruitment of followers. We are better off, as the anthropologist Daniel Miller has put it, remaining attentive to the ways in which “authenticity is created out of fakery” in social media.