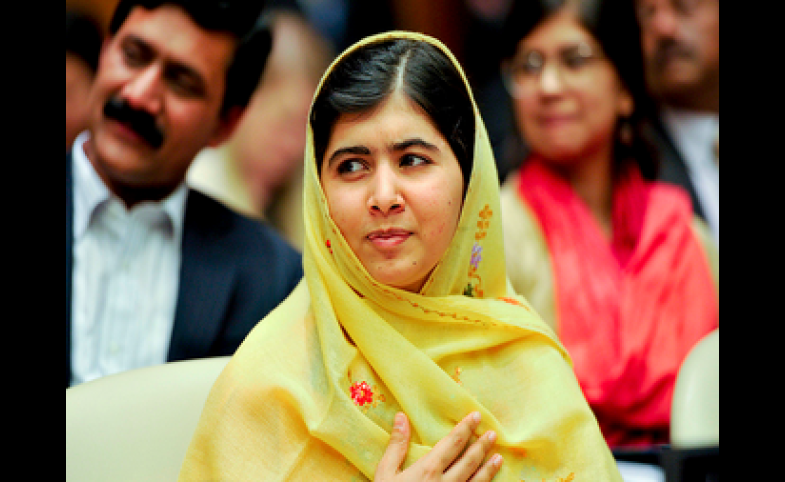 If you’re of Pakistani origin, as I am, and if you long to see that embattled country right itself, the saga of Malala Yousafzai can drive you to tears. Not just tears of joy for the way she was a favorite for this year’s Nobel Peace Prize. Not just tears for how she captured the imagination of Westerners who want to believe the best about Pakistan’s hopes and prospects. More than anything, they are tears of frustration, caused by the manner in which many Pakistanis reject her.

To be sober, to be realistic in the face of this, is to begin to wonder if Pakistanis’ dim view of Malala is a sign that our troubled homeland is becoming irredeemable, unwilling and unable to save itself.

Westerners who want to project onto all Pakistanis the resilient idealism of Malala will be disheartened to find that a good many Pakistanis believe that Malala’s thus-far triumphal struggle against the Taliban is merely a Western plot to subdue their country.

While Malala was triumphantly returning from a Taliban assassination attempt and delivering a powerful speech at the United Nations on her 16th birthday this past July, ordinary Pakistanis were snidely dismissing the teen as a tool of the CIA and Western puppet-masters. Omar Waraich captured the toxic mix of Pakistani reactions in Time last summer:

On Twitter, many denounced Malala as a “CIA agent,” then, in the contradictory traditions of conspiracy theories, said she had been “attacked by the CIA.” There were links to obscure blogs where elaborate tales were woven, while images floated around purporting to show that her wounds had been “faked.” There were those who said she hadn’t been hurt at all, while others were suspicious of her global fame.

Waraich and other Pakistan watchers have noted that Pakistan has long been an incubator of elaborate conspiracy theories—that 9/11 was a CIA plot to precipitate a war against Islam, that Osama bin Laden had died years before the U.S. claimed to kill him, that outside forces are looking for excuses to invade Pakistan and steal away the precious nuclear weapons that are viewed as its last safeguard against foreign tyranny.

This reveals an increasingly impotent society that howls about victimization when it instead needs to be taking control of its own destiny—in order to combat internal corruption, extremism, dysfunctional governance and massive economic problems.

The Malala conspiracy theories are perhaps the cruelest of all such theories. This determined and irrepressible symbol of the best of the human spirit has a chance to be Pakistan’s Gandhi, MLK and Rosa Parks all rolled up in one. To see her countrymen dismiss her as a Western pawn is to see them reject the best within themselves, at just the moment that they most need to summon the best within.

Some concerned voices press Pakistan to do better. Negative reactions to Malala are “a shameful display of how Pakistanis have a tendency to turn on the very people they should be proud of,” novelist Bina Shah wrote in Pakistan’s Dawn newspaper. Writer Josh Shahryar noted this week that the narrative must change. “Pakistanis can succeed,” he wrote. “ But first, this self-defeating narrative of ‘we can’t do anything on our own!’ has to be discarded.”

Our best hope can only be that Pakistanis begin to take rightful pride in Malala’s achievements and her noble goals, and join together in pursuing those goals. If they do not begin to do so in the coming months, Pakistan may face greater peril than ever before—yet it would be of its own making.

Cristina Gallach is the UN Under-Secretary-General for Communications and Public Information. Before joining the UN, Gallach served as Head of the Public Relations Unit in the Council of the European Union, Directorate...