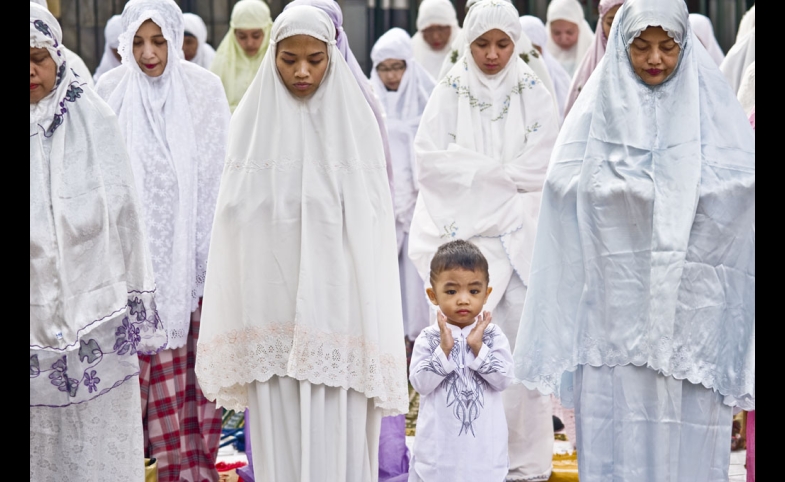 Note from the CPD Blog Manager: The CPD Blog is featuring a series of dispatches from the USC Master of Public Diplomacy research trip to Indonesia. Learn about the trip here.

Predominantly Muslim Indonesia has played a prominent role in pushing religion into the international public domain in recent years by taking many of the dialogue initiatives at regional and international levels. Although it is the world’s most populous Muslim nation, Islam, however, is not a state religion. The founders of modern Indonesia first proclaimed the philosophical basis of the Indonesian state, the Pancasila, and the religious pluralism that is enshrined in the constitution is a key part of Indonesian identity and constitutional process. This was one of the key points that stood out during our visit at the Ministry of Religious Affairs in Jakarta.

The religionization of politics and the politicization of religion, especially in the current environment on the global war on terror, means that increasingly religion plays a role in diplomacy both as an opportunity for engagement and as a motivation inspiring actors. Religion, which until recently was regarded in much of the secular world in the West as essentially the private affair of individuals, is now intruding into the public arena, including the world of diplomacy. As a country with a pluralistic society and proud of its rich cultural and religious diversity, religious leaders play important roles in their communities in shaping attitudes and people’s understanding of the world around them. Concerns about interfaith relations grew with the polarization of the world along Samuel Huntington’s Clash of Civilization line, in the wake of the 2001 terrorist attacks in the United States. While the tradition of interfaith dialogue has long existed in pluralistic Indonesia for decades, the government has taken the initiative to bring this tradition to the international level and, lo and behold, has found receptive audiences since 2002.

...It could be seen as “hip” to befriend Indonesia: A good friend of the West, the East, the Muslims and a country cognizant of the need for cultural harmony, environmental sustainability and social inclusiveness.

The involvement of religious communities in Indonesian public diplomacy is very dominant in interfaith dialogue program. This program is an integrated part of Indonesia’s Total Diplomacy, under the former Indonesian Foreign Affairs Minister, Hassan Wirajuda, which is practiced by the Ministry of Foreign Affairs. Wirajuda’s Total Diplomacy concept involved all components of society and is defined as a diplomacy that is more inclusive and comprehensive on every issue, which involves all nation state components. Engagement with the religious communities in interfaith dialogue is no longer exclusively under the purview of the Ministry of Religious Affairs, but a concerted effort together between both Ministry of Religious Affairs and Ministry of Foreign Affairs. The interfaith dialogue promotes values of pluralism, multiculturalism and religious harmony in Indonesia. Islam in Indonesia was developed through a process that still upheld the local values and local wisdom, or what is called the “indigenization of Islam”. This particular process makes Islam in Indonesia unique from the practice of it in other regions. Considering the fact that Indonesia is one of the world’s most diverse countries, diversity is the central feature of Indonesian culture with 300 ethnic groups; 750 languages and dialects the importance of diversity is embedded in the nation’s motto: Bhinneka Tunggal Ika, which translates to Unity in Diversity. Although the country is predominantly Muslim, the government officially recognizes six religions – Islam, Christian Protestants, Roman Catholics, Hinduism, Buddhism, and Confucianism.

The rise of globalization, multi-track diplomacy and terrorism as a threat for world peace and security has influenced the Indonesian government to engage religious communities in interfaith dialogue program in Indonesian public diplomacy. Every country cannot ignore the globalization phenomenon and its impact on the social, political, and cultural life of its people. In an age of globalization, religion has become an important issue of global politics. The worldwide resurgence of religion has influenced changes in political life. In this respect, the complex interdependence between religion and globalization is reflected in how the role of religious actors as a non-state actor in diplomacy is more important. This can be seen in Indonesia’s involvement and engagement with religious actors from religious communities in its public diplomacy. In a country where religion is important, multi-track diplomacy with a focus on peacemaking through faith in action embodies Indonesian faith diplomacy efforts and at its core is the interfaith dialogue programs.

The interfaith dialogue program in Indonesian faith diplomacy emphasizes the important role of religious communities in diplomacy. In the past, impact of individual and non-governmental organizations in international affairs might not be as impactful as the states, intergovernmental organizations or multinational corporations. This is not true in the present situation. In the context of the Indonesian religious community, the role of Muhammadiyah, Nahdlatul Ulama, Bishop Conference of Indonesia, Communion of Churches in Indonesia in interfaith activities perform the role of (religious) NGO and religious leader, as an individual, has increased their role in international relations.

Note from the CPD Blog Manager: This week, the Blog will be featuring dispatches from the USC Master of Public Diplomacy research trip to Indonesia. Learn about the trip here. Our first full day in Indonesia was as...