Home|Nation Branding and Public Diplomacy in the United Arab Emirates 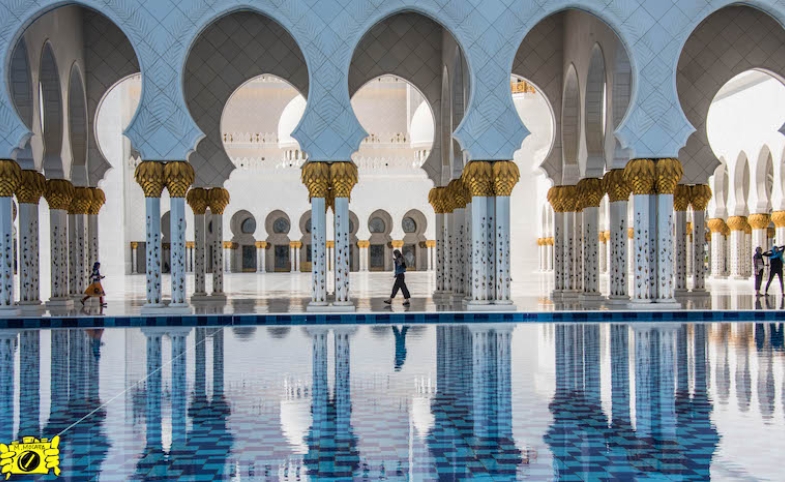 As a young nation-state, the United Arab Emirates (UAE) has rapidly emerged on the international scene as one of the major regional players of the last decade. An oil-based economy and economic freedom are engines of the UAE’s socioeconomic development. The UAE ranks tenth in the 2018 Index of Economic Freedom; other indexes where the UAE is featured include the Global Competitiveness Index 2019 (25th), 2019 Human Development Index Ranking (35th) and the 2019 Global Innovation Index (36th)—in the last three sources, the UAE ranks second in the Middle East and North Africa (MENA) region after Israel. A milestone that was celebrated nationwide was when it was ranked as the world’s most powerful passport by Global Passport Power Rank in December 2018.

The UAE adopted a unique model of institutional governance as a federation, with Abu Dhabi and Dubai serving as the political and administrative capital and commercial hub. While crude oil is mostly concentrated in Abu Dhabi (making up 94 percent of UAE’s crude oil reserves), Dubai’s economy has diversified and thrives on tourism and as a regional gateway for re-export via Jebel Ali port. Today, oil accounts for less than one percent of Dubai’s GDP.

At the same time, the UAE, as a classic rentier economy, has been subject to boom-bust cycles as it felt the pinch from the 2008-2009 financial crisis and the oil price decline, from a peak of $115 per barrel in June 2014 to under $35 at the end of February 2015. As a result, economic diversification has taken on increasing significance and is reflected in public policy as the third major pillar: “United in Knowledge” and “A Diversified Knowledge Economy”–in UAE Vision 2020 and UAE Centennial 2071. These pillars of the developmental roadmap are aimed at promoting an entrepreneurial spirit and a knowledge-based economy.

Not only are these pillars crucial to human capital development and the state-building process, but this public policy is also a key avenue for channeling nation-building efforts. It follows that in addition to one of the conventional tools for UAE’s projection of soft power, namely foreign assistance, a multitude of state-run initiatives are other tools for fostering the nexus of nation-building, nation-branding and public diplomacy. Nation-branding and soft power projection are at the foreground of the UAE’s public diplomacy strategy as demonstrated through the formation of the UAE Soft Power Council in May 2017. Nation-branding efforts thus function as soft power tools in UAE foreign policy, parallel to public diplomacy initiatives. The promulgation of the UAE’s theme of the year sets the tone for establishing a developmental agenda and nation-branding strategies in tandem with the celebration of UAE flag day and the UAE national day on November 3 and December 2.

The UAE themes of the year over the last five years were flagship themes integral to molding national identity—in particular, the Year of Innovation (2015), Year of Zayed (2018) and the Year of Tolerance (2019). For instance, the Year of Zayed in 2018, which marked the centennial since the birth of the UAE’s founding president Sheikh Zayed, generated a flurry of interest in social media, cultural programs and activities reflecting the values of the founding president. As the UAE prepares to celebrate the Golden Jubilee in the coming year 2021, the theme for the new year 2020–“Towards the Next 50” –highlights the development-driven theme of innovation that ultimately seeks to advance UAE’s soft power projection and global image.

The Year of Tolerance (2019) and the UAE Nation Brand Logo Contest for the newly launched Nation Brand Office under the umbrella of Public Diplomacy Office, Ministry of Cabinet Affairs and the Future, on December 17, 2019 are noteworthy examples, encapsulating the symbiotic relationship between nation-building and public diplomacy. Pope Francis’ historic three-day visit to the UAE on February 3, 2019, during the year of tolerance, conveyed a message of peace and a progressive vision for tolerance while the UAE Nation Brand Logo Contest aimed to highlight UAE’s national identity while fostering its global image—the voting for the new UAE logo, “7 Lines” attracted over 10 million votes from 185 countries.

Innovation is the buzzword and a guiding principle for the country’s developmental vision.

It is a recurrent theme that has been manifested in the economic, social and institutional domains. Since the UAE’s National Innovation Strategy was launched in October, 2017, international cooperation has been sought to promote the seven innovation priority sectors of renewable and clean energy, transportation, technology, education, health, water and space. It recently made great strides in space sector when Hazza Al Mansoori became the first Emirati astronaut to successfully launch during an eight-day space mission on September 25, 2019.

Declaring the theme of the year, implementing a national innovation strategy, hosting international events—including the upcoming Expo 2020 in October—and improving its performances in high-profile international rankings are just some of the UAE’s public diplomacy strategies for projecting an image of a visionary, futuristic and forward-looking state in the Middle East.

While neighboring countries in the region remain engulfed in protests and continue to face economic woes and Syria and Libya are mired in impasse, the UAE has established itself as a bulwark of stability and modernization in a turbulent region. As the UAE continues to defend its strategic interests abroad whilst striving to close the gaps on the structural front, refining the use of soft power tools could lead to the projection of smart power—a skillful combination of hard power and soft power to advance its national interests.

At the beginning of January this year, Italy’s foreign ministry launched a new internal structure: the Directorate for Culture and Public Diplomacy.  The ministry’s website explained the innovation in these terms...

The second edition of Nation Branding: Concepts, Issues, Practice is now available. Edited by Keith Dinnie, this work explores the role of nation branding and image management for international governments including China,...