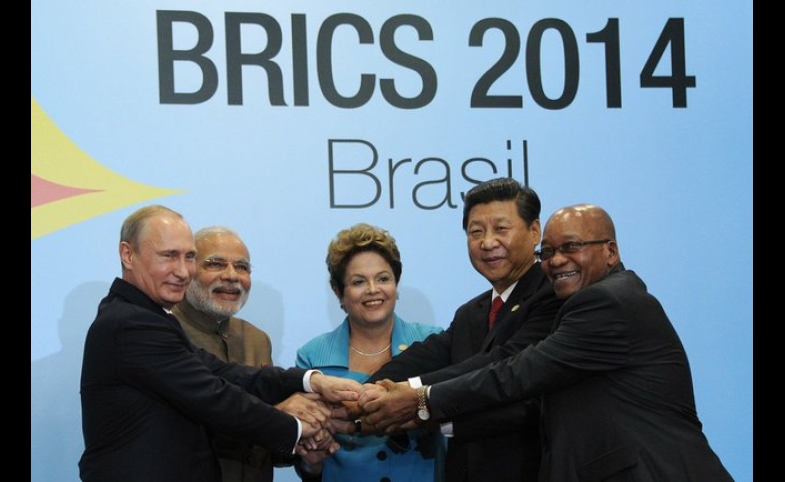 The NDB: Not Just Any Emerging Bank

As of late, there seems to be a number of "emerging banks," in line with the "emerging" trend:  emerging countries, emerging markets, emerging donors…Two of these banks are particularly relevant to this theme, namely the New Development Bank (NDB), which this piece focuses on, and the Asian Infrastructure Investment Bank (AIIB).

An agreement on the establishment of the NDB was reached in the framework of the Sixth BRICS Summit in Fortaleza, Brazil, during the summer of 2014. Brazil, China, India, Russia and South Africa (collectively the BRICS countries), ratified the decision taken in an earlier summit (Fourth BRICS Summit) in Delhi during 2012. The BRICS are the founding members, yet membership is open to all members of the United Nations, as well as borrowing and non-borrowing members.

The purpose and functions of the NDB are briefly described as follows:

The Bank shall mobilize resources for infrastructure and sustainable development projects in BRICS and other emerging economies and developing countries, complementing the existing efforts of multilateral and regional financial institutions for global growth and development.

To fulfil its purpose, the Bank shall support public or private projects through loans, guarantees, equity participation and other financial instruments. It shall also cooperate with international organizations and other financial entities, and provide technical assistance for projects to be supported by the Bank.

The initial subscribed capital distributions among its five founding members shows an equal distribution of US$ 10 billion, which changes in the case of the contingency currency pool, that shows a clear dominance by China. The total authorized capital rises to US$ 100 billion.

Noteworthy is NDB’s focus on emerging market economies and developing countries, which differs from the IBRD (the most similar organ within the World Bank), which originally focused on middle-income countries. Yet the NDB is not the first or the last among development banks to be created. Existing examples are the Asian Development Bank (ADB), the Development Bank of Latin America (CAF) and the European Investment Bank (EIB) at regional level, or the Brazilian BNDES, the German Development Bank (KfW), the South African Industrial Development Corporation, the Chinese Development Bank, as well as other national banks.

So what makes the NDB different?

Part of its added value lies in the urgent need for such an institution within the financial architecture of the global South, both for financial and political reasons. Financially, the BRICS have faced balance-of-payments and short-term liquidity difficulties; moreover, the need for infrastructure in emerging and developing countries is undeniable. More importantly, the failure of Western-led international financial institutions to recognize the changing leadership role of emerging countries as global financial providers has partly triggered the mushrooming of emerging financial institutions. The existing gap and the need to fill it is demonstrated by the growing number of examples of would-be Southern-led monetary funds.

So, where does the power of the NDB lie? Precisely in its limited, yet politically powerful, BRICS membership. Its lessened economic power is compensated for by its vast soft power, merely by the fact of limiting its membership to the founding BRICS members.

Among these are the Asian Infrastructure Investment Bank (AIIB), the Chang Mai Initiative -- which has evolved into the 10+3 foreign-exchange reserves pool established by the Association of South-East Asian Nations (ASEAN) plus China, Japan and the Republic of Korea, called CMMI, or Chiang Mai Initiative Multilateralization -- and the smaller-scale Fondo Latinoamericano de Reserva (FLAR). The CMMI, however, remains linked to the IMF, in contrast to the BRICS Contingent Reserve Arrangement (CRA) – a stabilization fund of US$100 billion in reserves, a coordinated central bank fund which is set up to provide mutual liquidity in the event of a crisis, without the involvement of the IMF.

In many Western fora, the AIIB is being portrayed as the true competitor to the World Bank and as a good complement to the Asian Development Bank (ADB). This is in contrast to the NDB, which lacks any non-regional (Western) members and is keen to broaden its regional focus beyond developing Asian countries’ infrastructure projects. So, where does the power of the NDB lie? Precisely in its limited, yet politically powerful, BRICS membership. Its lessened economic power is compensated for by its vast soft power, merely by the fact of limiting its membership to the founding BRICS members.

In the first statement by BRICS leaders on the establishment of the BRICS-led NDB from March 27, 2013, the latter was portrayed as a means "to supplement the existing efforts of multilateral and regional financial institutions for global growth and development." In actual fact, it could well become a convenient replacement to the Western-dominated and conditionality-driven Bretton Woods institutions, namely the World Bank and the IMF. The failure to push through the IMF quota reform has lots to do with this emerging financial leeway, which the BRICS have decided to create. Against this background, limiting NDB membership to the BRICS is a crucial part of their quest for global legitimacy, credibility among emerging countries and leverage in public diplomacy.

Against (mostly Western) critics that question its operational viability and highlight the existing conflict of interests among its members, the NDB has more clout and effective soft power than symbolic historical movements like the Non-Aligned Movement (NAM) or G77 ever garnered for the global South. The NDB’s capacity to transform South-South cooperation and create South-South solidarity must be given a chance. Failure to give emerging countries their space in global financial governance will not cause the current "emerging" trend to subside, but will reinforce their long-standing claims and public diplomacy strength amidst the global South. The lowering of attached conditionalities to NDB’s lending is a trait for borrowing countries to look forward to. The history of BRICS’ countries non-interventionist stance in their provision of aid can only add to the attraction of the NDB as a Southern financial provider.

Amaia Sánchez-Cacicedo
CPD Blog Contributor
Researcher, School of Oriental & African Studies (SOAS), University of London
YOU MIGHT BE INTERESTED IN...

In November, the CPD Blog published Knowledge Diplomacy Part I: The Game Over Talents Goes Global, which addressed the global character of competition over the world’s brightest minds. Part II will focus on developing...