Home|Is Russia Ruining Digital Diplomacy for the Rest of Us? 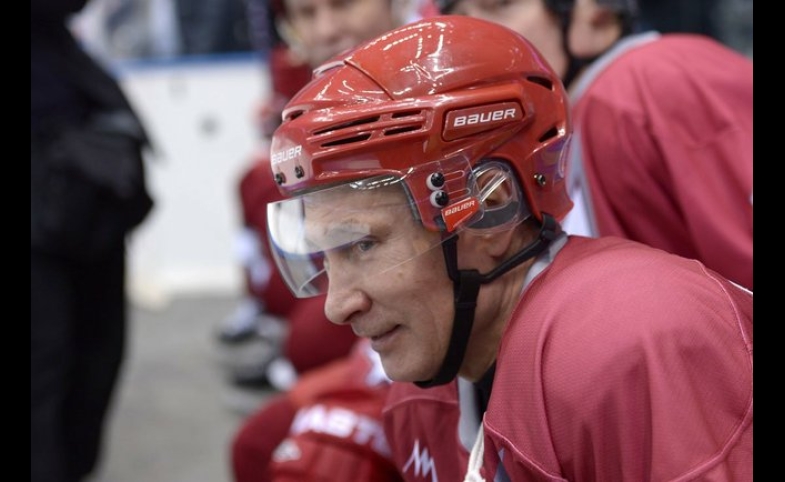 Since the onset of the Ukrainian crisis in January 2014, many have raised concerns over Russia's increasing use of propaganda. In March of 2014, the Guardian wrote that pro-Russian forces in the Ukraine have been "accompanied by a remarkable propaganda push by Moscow – an effort that has infiltrated western media and helped redefine the debate in Russia’s favor." In an article from June, a BBC diplomatic correspondent quoted a Russian pollster as saying that Putin's propaganda was "aggressive and deceptive...worse than anything I witnessed in the Soviet Union." A Forbes writer recently described Putin's "parallel universe" in which a neo-Nazi junta has taken over the Ukraine, adding that it is but one part of a "sinister narrative…cleverly designed to promote Putin’s goals and head off effective Western actions."

Interestingly, Russia's Foreign Ministry also projects this parallel universe through its digital diplomacy channels. Since January 2014, Russia's Ministry of Foreign Affairs has used Twitter to promote the narrative that Russia was forced to come to the aid of Russian minorities in the Ukraine following a NATO-backed neo-Nazi coup in Kiev. In line with this narrative, tweets detailing violence against Russian minorities were often complemented with images of desecrated monuments to the Soviet Union's victory against Nazi Germany. The Russian MFA has also recently adopted a new vocabulary that includes the terms "separatists" when referring to alleged Russian forces in Eastern Ukraine, and "lethal weapons" when referring to U.S. arms that may be supplied to Ukraine. Finally, unlike most MFAs, Russia's Foreign Ministry routinely re-tweets messages tweeted by Russia Today and the Sputnik news service. Such tweets may be viewed as an attempt to lend credibility to Russia's claims in the eyes of Western followers who view news organizations as independent and objective.

Answering this question first requires that we define digital diplomacy; a daunting task, as an agreed-upon definition has yet to emerge. This could be a result of the fact that MFAs throughout the world are still mastering its practice. The UK, for instance, operates a global blogosphere, while Poland uses Facebook to promote the Polska brand. In the era of sport diplomacy, cultural diplomacy, exchange diplomacy, person-to-person diplomacy, and diaspora diplomacy, it's possible that digital diplomacy is just a buzzword used to refer to the adoption of social media by MFAs.

On the other hand, digital diplomacy may represent a fundamental shift in the practice of diplomacy. This is due to social media's ability to enable two-way interaction between MFAs and their global followers. The transition from a broadcast, monologic model of public diplomacy to a symmetrical and dialogic model is possibly more of a revolution than an evolution.

Yet the transition to a dialogic model of public diplomacy, in which MFAs seek to talk with audiences rather than at them, necessitates a conceptual shift among MFAs. Specifically, dialogue cannot be viewed as a means to an end. Social media should not be used for creating relationships with foreign publics which may then be leveraged in order to facilitate the acceptance of one's foreign policy--rather, entering into dialogue with foreign publics should be the goal of digital diplomacy in itself. Here’s why:

As is usually the case with the adoption of new technologies, private organizations and non-profits migrated to social media well before governments and MFAs. As part of this transition, public relations scholars have created a comprehensive body of literature regarding the creation of dialogic relationships with online publics.

Some PR scholars maintain that dialogue is not a tool but rather an ethical concept. In this framework, dialogue represents a stance according to which organizations truly value their relationship with stakeholders and wish to converse with them. Kent and Taylor trace the concept back to Martin Buber, who maintained that dialogue involved meeting others as equal partners. Treating stakeholders as partners calls for supplying them with relevant and accurate information as well as relinquishing control over the communication process. Moreover, dialogue includes acknowledging the other's viewpoint. Thus, the goal of dialogue is not persuasion but an exchange of ideas. Dialogic communication may therefore be understood as an especially ethical form of communication when compared to persuasion. Digital diplomacy, which derives its uniqueness from dialogue, must embrace this ethos if it wishes to succeed where traditional public diplomacy has failed.

In this way, it’s clear that Russia's use of social media, which supplies followers with inaccurate information and portrays a slanted reality, rejects the essence of dialogic communication as well as the transformative nature of digital diplomacy. Similarly, one wonders why the U.S. State Department engages with followers in Q&A sessions. Is it in order to converse with them, supply them with information, and exchange viewpoints on issues of shared interest, or is it to persuade them to prescribe to American foreign policy? What about Israel, Germany, and all other MFAs that have adopted social media? If the goal of such MFAs has remained persuasion, then all may be as complicit as Russia in ruining digital diplomacy for the rest of us.