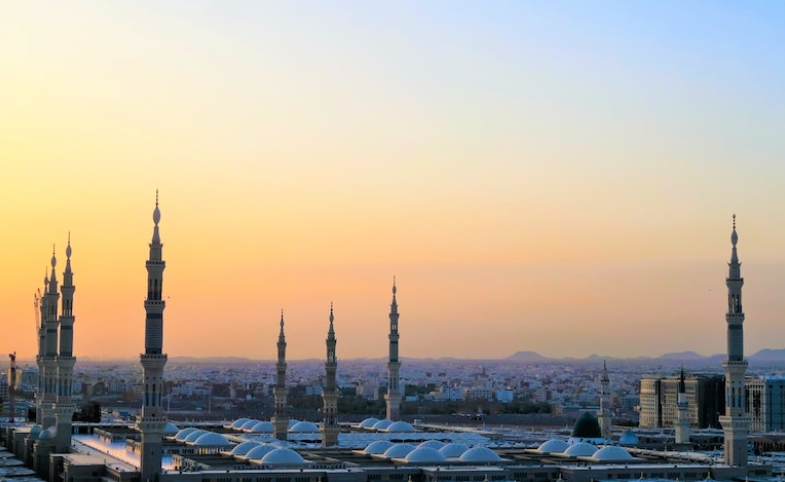 Around 900,000 people from around the world traveled to gather in a small geographic area in Saudi Arabia earlier last year, a sharp decrease compared to the annual average of 2.3 million people pre-COVID-19 pandemic. Many of these people were on a waiting list for years or even decades to finally make this journey. However, despite the significant roles that Saudi Arabia plays in the Middle East, the Muslim world and globally, its soft power remains overlooked and understudied.

The Hajj (pilgrimage) to Mecca is mandatory for all Muslims unless they are unable to go. The Saudi government led by the Custodian of the Two Holy Mosques, King Salman bin Abdulaziz, understands the significance of hosting the two holiest cities in Islam—Mecca and Medina. Those two cities give Saudi Arabia uncomeatable soft power.

Historically, the Hajj to Mecca has brought economic and political benefits to the political powers in charge, whether it was a caliphate, sultanate, empire or kingdom. Nevertheless, the discovery of oil changed the equation. Mecca is no longer the main source of income. This started when the Saudi government began to buy shares in the Arabian American Oil Company in the 70s and eventually succeeded when the government nationalized all of its oil reserves by the early 80s. The Saudi economy boomed, reducing the country’s dependence on the Hajj. In reaction, Saudi Arabia made vast spending on the two holiest mosques for renovation, expansion and services for pilgrims.

When conservative clerks had a strong impact on policymaking in Saudi Arabia, profiting from the Hajj was regarded as immoral. Religious tourism was a forbidden concept, and there was constant pressure on the government to remove tombstones, close historic sites and ban visitors from going to those places out of fear that over time, people would think visiting those sites and tombs are a part of the Islamic rituals. The clergy’s rationale was to preserve the traditional practice as reported by the Prophet Mohammed. They had a huge impact on shaping public opinion in Saudi Arabia and successfully pushed the government to implement their views. There was no need for confrontation with religious leaders to attract non-Muslim tourists and investors as oil revenues were more than sufficient.

Regardless of the Saudi government’s new approach towards openness to attract tourists and investors, there is a need to balance between its role as “the land of the two holiest cities in Islam” and as a political player in the Middle East and globally beyond its Islamic identity.

The recent shift in the government’s policy began to address the risk of relying on oil in a world rapidly moving towards renewable energy. The Saudi government realized the need to diversify its economy; thus, Crown Prince Mohammed bin Salman announced the 2030 Vision in 2016. An essential component of the Saudi vision is to attract 100 million tourists a year by 2030. The targeted number includes pilgrims.

In 2019, King Salman launched the Pilgrim Experience Program to increase the number of pilgrims and enrich their experience. The program is responsible for ending the decides of negligence and lack of development of Islamic sites that are not part of the pilgrimage rites but have a historic significance. Moreover, it aims to integrate a cultural aspect into the spiritual journey by giving pilgrims an insight into Saudi culture and history.

Saudi Arabia’s soft power during the Hajj focused on the pilgrims’ experience. Therefore, the country deploys its best human resources and utilizes the latest technology during the Hajj season to serve the worshippers and ease their journey. The government’s main message to the Muslim world is that despite the political and belief differences, Saudi Arabia is committed to serving all Muslims. Hence, pilgrims from Iran are welcomed at the airport with roses and the holy Zamzam water; Turkish pilgrims are greeted by passport officers using the Turkish language; pilgrims from some of the largest Muslim population countries get their entry procedures done before departing their respective countries in an initiative called Makkah Route … Such soft power serves the Saudi government locally, too. Saudi citizens pay close attention to their government’s policies regarding Mecca and Medina. Therefore, Hajj news such as saving the life of the Iranian medical mission head and videos of endearing interactions between Saudi officers and pilgrims are often circulated among Saudis on social media.

Nevertheless, this unique soft power comes with a catch. Regardless of the Saudi government’s new approach towards openness to attract tourists and investors, there is a need to balance between its role as “the land of the two holiest cities in Islam” and as a political player in the Middle East and globally beyond its Islamic identity. A radical shift from decades of being conservative and closed to adopting what is largely perceived as “liberal values” among religious Muslims risks damaging Saudi Arabia’s image among Muslim countries and organizations. Hence, the country attempts to shift the dialog within Muslim communities and promote a moderate massage.

Etidal (moderation) was founded by Saudi Arabia in 2017 as a global center to combat extremism and promote acceptance. Despite the government’s efforts to move gradually towards more tolerance and acceptance, it could not prevent scathing criticism coming from different Muslims. During the last Hajj, some Muslims expressed their anger at the Saudi government for choosing Muhammad Al-Issa to deliver the main sermon. In 2020, Al-Issa received a backlash after visiting Auschwitz in tribute to Holocaust victims. His visit was perceived as an attempt to pave the way for the normalization of relations with Israel and neglect the Palestinian cause.

In a discussion at Oxford University, Prince Khalid bin Bander, the Saudi Ambassador to the United Kingdom, explained how Saudi policymakers take into account the public opinion of Muslims and said “part of [Saudi Arabia’s] constituency is 1.7 billion Muslims.” Although hosting the two holiest sites in Islam brings a substantial soft power to the Saudi government, it remains limited to the Muslim world. Thus, Saudi Arabia’s biggest challenge is to balance between preserving its Islamic identity and role as the custodian of the holiest sites in Islam and reforming its negative image in the West without being accused by Muslims of “westernizing” Islam or by Westerners of “whitewashing”.

In recent years the dynamics of global geopolitics have been wracked with uncertainty. Over the last year of the COVID-19 pandemic, a rising China, a revanchist Russia and a struggling West have added to this, with potential...