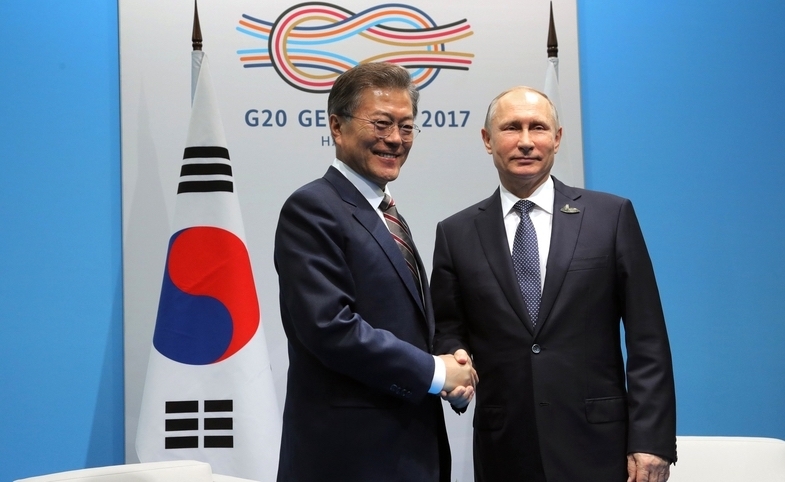 The relationship between South Korea and Russia was re-established in 1990, so we cannot say that a relationship between the countries is nonexistent. However, Korea initiated working with Russia on joint projects while “Russia was the only advanced country in the field of space launch vehicles that was willing to cooperate”. In fact, the space cooperation did not proceed with ease and included issues such as replacing the astronaut a month before a spaceflight, delays launching the space rocket Naro-1, and a remaining pause in further space cooperation, to name a few. Besides objective reasons that caused some tensions between the counterparts, there is mistrust which might be distinguished as a general reason. Mistrust in diplomatic interactions is an obstacle to finding better resolutions. Mistrust is a rich source of persuasions, pressure, or any attempts to outsmart a partner. Mistrust exists when cultural and traditional differences are not accepted.

The problem of mistrust was recently discussed on the Minefield podcast. The hosts provocatively stated that mistrust is the worst thing about modern Western life. Western society celebrates a degree of mistrust, as they said, managing to live with one another while at the same time finding it possible not to trust one another. This statement caused me to reject it at first, but then I realized that modern society cannot be ignorant towards the concept of mistrust and its consequential and dangerous concept of “us and them”. Applying this idea to diplomatic cultures makes it worse, since diplomats themselves are the products of not only different national, ethnic, and ideological traditions and cultures, but also different diplomatic traditions and cultures.

Despite widespread acceptance of a universal diplomatic culture, there are distinct national styles in diplomacy, which derive from particular historical, cultural, and organizational differences. In his book, Jeffrey Robertson noted that practitioners must recognize and comprehend diplomatic styles, which provide analytical insight and highlight phenomena of policy relevance. This raises several questions:

Secondly, looking at distinct national styles in science diplomacy, we assess the history of science in both countries. Science in Russia has a long history. Russia’s experience and expertise in space technologies, together with its fundamental research and elaboration in the usage of nuclear and atomic technology, is profound. The history of science in Korea is quite recent but has remarkable achievements in the highly-advanced industry of applied technologies including robotics and electronics.

The old diplomatic traditions, together with historical and current scientific achievements, contribute to the national pride of Russian diplomats and scientists. On the other hand, the historical memory of alienation and estrangement, piety for status and seniority, together with quick economic development, affects the Korean national style in science diplomacy.

Lastly, keeping in mind different national styles in science diplomacy and generalizations of national diplomatic styles allows us to detect signs of mistrust in South Korean—Russian space cooperation. In our current research, we evaluate the number of Russian-language scholarly articles which reflect negotiations between both countries. The common characteristics towards Korean partners mark mistrust: Koreans tried “to get technology for the lowest price”, “entice Russian engineers and scientists”, “outsmart their partners”, “make promises but do not follow the signed contracts”, etc. These examples should not be drawn out of context, which simply indicates the struggle of Russian economics and science to catch up with progress and modernization. Nonetheless, ignoring such comments is not an option either due to their influence upon negotiations, especially in such sensitive joint projects as space technologies.

Even in the global world, when countries follow certain standards in order to gain trust, diplomatic negotiations that happen behind closed doors or more openly are operated in person-to-person interactions. Moreover, in people-to-people diplomacy, traditional or public, the initial statement to trust each other should be implemented as a key component. Once the differences have been accepted, their activities will be accepted too. Otherwise, if we don’t follow this pathway, we encounter prejudice, albeit of a covert nature. Mistrust should be resisted, and generalizations about national diplomatic styles in science diplomacy should eventually be reduced.

Photo via the President of Russia I CC BY 4.0 (Image was cropped)

On September 2, 2017, U.S. authorities seized the buildings of the General Consulate of the Russian Federation in San Francisco and the Russian Trade Mission in Washington, D.C. Simultaneously, Russian...

The relationship between Russia and Western democratic countries—the U.S. and the UK in particular—in the twenty-first century might be characterized by mistrust. Mistrust is rooted in Russia’s recent foreign policy...